About That Goodfellas TV Series… 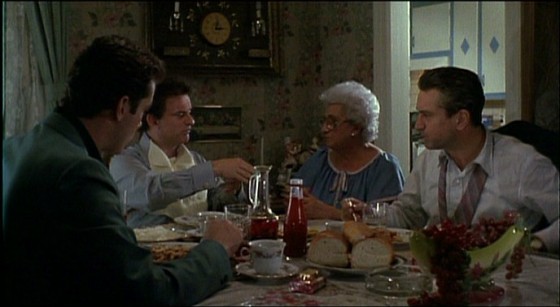 There have been rumors about adapting Martin Scorsese’s kick-ass mob flick Goodfellas into a TV series since The Sopranos went off the air in 2007. Why? Because people seem to love well-dressed mobsters, brutal violence and cocaine. Or it could be that Hollywood is lazy and low on sensible ideas. Right AMC?

AMC’s 1960s mad men may be soon joined by some goodfellas from the same era. The cable network, home of such acclaimed series as Mad Men and Breaking Bad, has put in development a series version of one of the most praised movies of all time, the 1990 Martin Scorsese mob classic Goodfellas.

While not set in stone, that sounds pretty official. Nicholas Pileggi, who scripted the film, has been pegged as a co-writer and producer Irwin Winkler is on board too.

The only remotely good part of this news is AMC’s involvement. They might be able to pull it off without raping our collective affinity for the film.I mean, imagine if NBC got their incompetent hands on it. We’d be subjected to a bastardized amalgamation of Las Vegas and The Playboy Club.