The Goofiest Names For Baby Animals 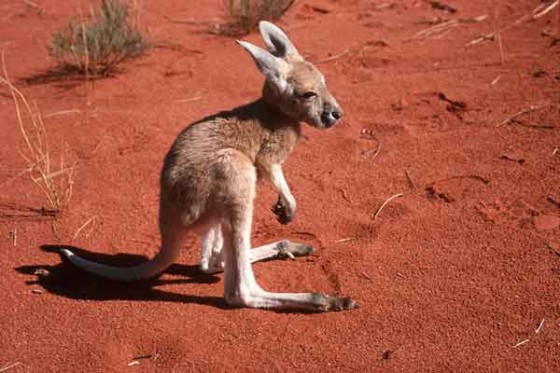 Baby animal names are stupid. And I have proof!

A 'Sprag' is a baby codfish. That's right, for some outrageously moronic reason, baby codfish can't simply be called fish. A sprag sounds like some kind of explosive device found in masochistic war video games where you, as Brick Slabchest, must wipe out several Third World villages lest you end up at the wrong end of a sprag yourself. Sprag might even refer to something a gritty TV chef says when chucking in a wad of exotic herb: "Now, sprag in a hunk of birch whittlins and enjoy your broiled cod semen." 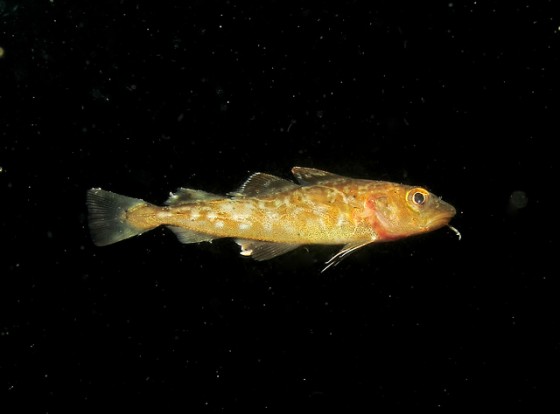 You want to know what gets little kids' asses kicked? It's right about the time they suggest going down to the crick and catchin' them some polliwogs. Polliwogs are baby frogs. Ya know, those tiny critters that look suspiciously like giant, black sperm? Well, you might have referred to them in a way more manly style as tadpoles; a name that doesn't reek of Sally-boys and their ill-fitting Sailor Suits. Granted, nothing is more satisfying than watching a bunch of tadpoles wriggle themselves into tiny frogs with their tails still attached. That's a lesson in childhood, friends. However, collecting a butter tub's worth of polliwogs screams fabulous futures of admiring mesh tank tops and cat cookie jars. 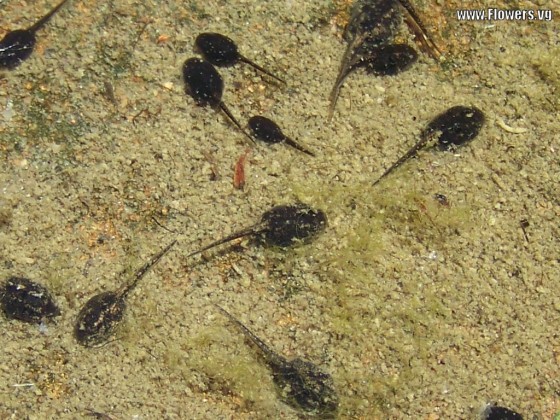 I'm sure there is a logical explanation behind the decision to name baby goats after actual human children, but I don't care what it is. In fact, it's entirely possible that baby goats were called 'kids' before human children were, and then it was adapted as a representation of how feisty and horn-headed little humans can be. Whatever the case, it's bullshit. 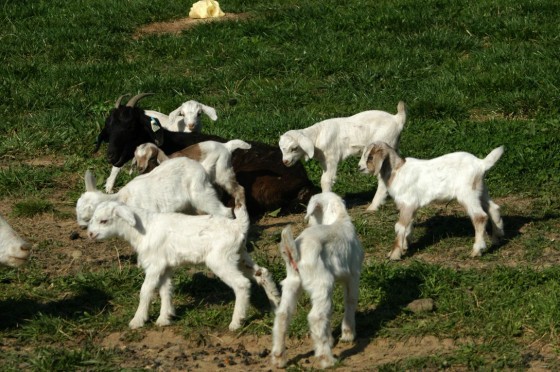 So here's our first and possibly only gender-specific entry into this pointless and utterly goofy tirade. You see, unless you actually live on a farm and spend your long days raising and roping broncos and having corn and biscuits wedged into your arteries intravenously, you might not be aware that a baby girl horsey is called a 'filly'. And though this term rolls off the tongue about as comfortably as any other word that incorporates the all-too feminine 'illy' (see: silly, chilly, and Piccadilly), it really couldn't be more appropriate for the thing it's naming. It's my firm belief that if all girly animals were just named something-plus-illy, we'd all be a little better off. Then we could save the cool suffixes for macho, manly animals. Like 'achine', 'ammer', and 'ornado'. 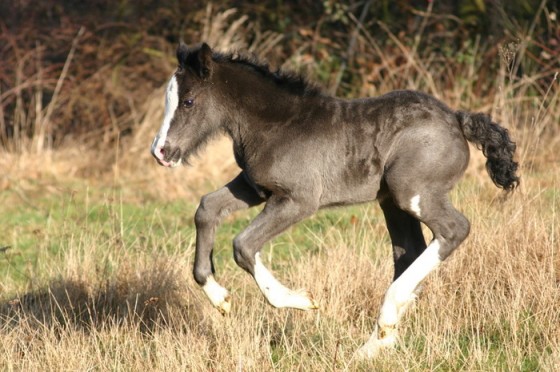 A kit? Don't I mean kitten, stupid, you're probably grousing about now? No. For some reason 'kitten' doesn't bother me. A 'Kit' is a baby fox. Something that unless you live near foxes, or are a Discovery Channel camera person, you are not very likely to ever see. Baby foxes are a lot like baby sharks: we know they're out there, but few have ever been seen in the wild. I also made up fifty percent of that last sentence.

Foxes by themselves are sort of like the Eddie Deezens of the canine world. Go ahead, look that up. I'll give you a second. That is to say, as far as kick-ass, snarly wild dog-like creatures go, they fall somewhere between the illusive wild poodles and the wild Chihuahuas. Foxes do not carry that air of 'Liam Neeson-destroying' power that wolves or coyotes do. They just kind of hang around and occasionally raid chicken coops. They really like their fries. Besides, a kit sounds like a baby fox you have to assemble. Maybe that's why they're so hard to spot: they're in tiny pieces all over the prairie. 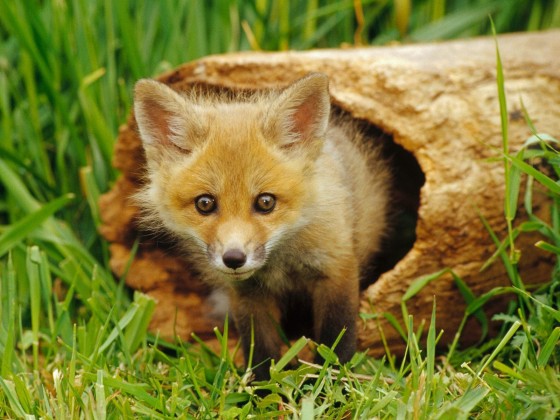 Sadly not of the Phillip J. variety, this particular brand of 'Fry' is what most infant fish are called. There couldn't possibly be a more ironic name in the animal kingdom. It's like calling baby cows sliders, and baby chickens tenders. Just a bad choice of names for these guys. Did you know that baby fish in Mexico are called 'refry'? No you didn't, because I just made that up. Feel stupid now, dontcha. 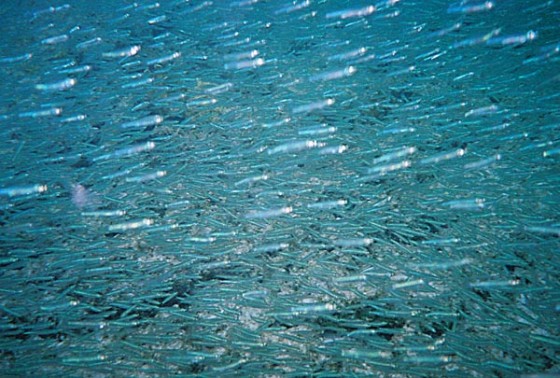 First off, we're already dealing with the larval form of a bug here that's actually called a butterfly, so it's not like whoever named these things was going to go polar opposite on us and name its young something ultra macho like a Kill Worm. So, we were screwed from the word go. There's nothing about the word 'caterpillar' that implies anything other than something some queen in England's history would have said upon seeing one as she rocked her throne. I bet they actually were called Kill Worms at one time since many are destructive to plants and crops, and this fruity bint saw that they were kinda adorable and gave them a name that meant happy, cute, crawly, sweetie-pie and it stuck. No one argues with a queen. 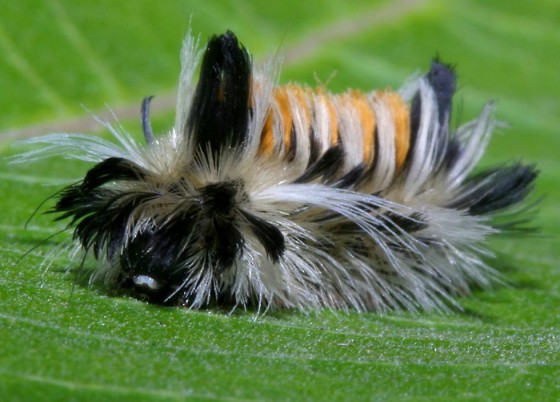 This name for a baby mouse suddenly makes that cartoon Pinky and the Brain even funnier. Calling a grown mouse who obviously belongs in some kind of institution 'Pinky' is like calling a man who still colors outside the lines and wears a wrestling helmet 'Baby'. It's both hysterical and disturbingly wrong at the same time. In case you haven't caught on by this point, a pinky is a baby mouse, so named because they look exactly like little throbbing pink uvulas.

As innocent, completely dependent, animals-that-could-be-bait go, pinkies are the worst. Not that mice themselves are particularly interesting or brilliant problem-solvers, but pinkies just sit there and wriggle until mommy's nipple happens to be near their mouth. Come to think of it, they do sound an awful lot like human babies. Also grown men. 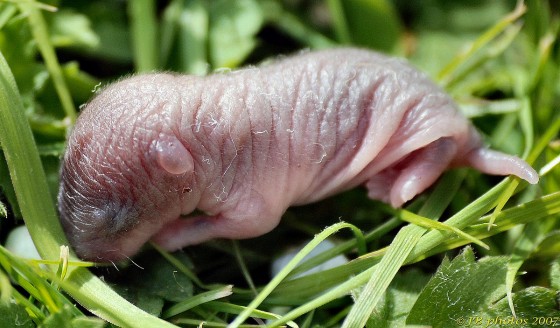 Here's laziness: why don't we just take the adult animal, and add a 'ling' to the end of it to denote youth? Why the hell didn't I think of that? I have three adultlings who might dig not being called ankle-biting money-sponges for a while! Maybe we can go to the zoo and see the new monkeylings and the cute little donkeylings! Or, how about we just rethink how incredibly dumb naming baby ducks 'ducklings' was. It's almost as if the scientists just knew that a future of fluffy Easter Basket fodder and plotlines for Little House on the Prairie were in their possible futures. What other excuse is there for just saying, "Fuck it. We're gonna go with ducklings, guys. I've got a Bunson Burner to polish, if you know what I mean..." 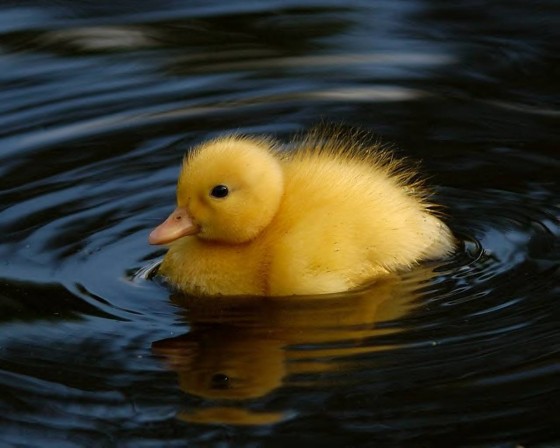 In case you're an idiot, or an idiot who lives under a bridge, a puppy is a little dog. There are almost no other words on Earth with more ridiculous connotations than the word puppy. It's far too close to the word poop, especially if the word poop is being used to describe an infant's excremental explosions, as in, "Look! Little Davey's poopy is all over the car's upholstery and the stop sign and the lady in the truck next to us! Isn't that adorable!"

The word puppy is teeth-gratingly stupid and should only be used to refer to a little girl's puffy, scented sticker collection, or a small cupcake with bright pink frosting covered in ground unicorn and stolen rainbows. I suggest we stick with doggy. It has a little taste of bad-assery and it doesn't make you sound like a clown princess when you say it. 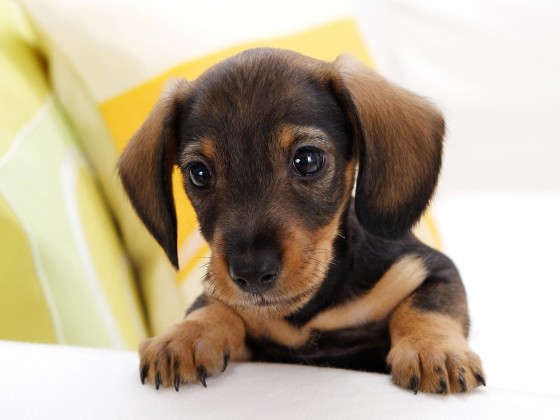