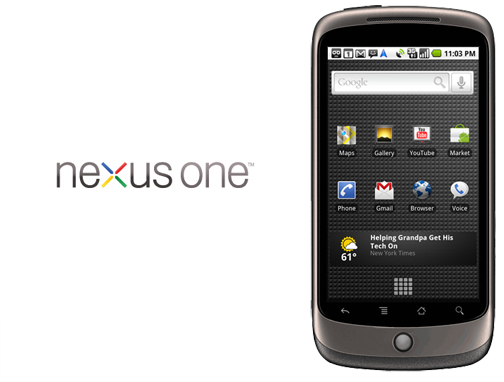 Oh look. What a unique design.

This lets Google leave the innovation and creativity to Apple, and just turn out crappy copies of its product, like the newly-announced Nexus One, which you can learn about at Gizmodo.

And, of course, if you care about cell phone software, or are on T-Mobile, this is a big hairy deal. The other 6 billion people in the world only care that Google crapped out a pathetic iPhone knockoff and is pretending this is somehow a brilliant innovation. Yeah, somehow, we don’t think Steve Jobs is sleeping poorly. He’s got a new liver and his competitors can only crank out knockoffs of his software: as far as he’s concerned, all’s right with the world.