Grub > Beer > Great Beers You Need To Try Before You Die

Great Beers You Need To Try Before You Die

Holy Taco has teamed up with RateBeer.com to bring us a great article about the 10 Beers You Need To Try Before You Die. The beers in the list are hard to find, you’d have to travel the world to get them, but they look like some of the finest beers we’ve never tasted. Since they are so hard to find we thought we’d suggest a few good beers to try, that are more readily available. 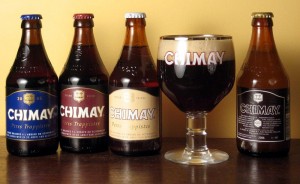 The Red is my personal favorite, I felt that the blue’s alcohol flavor overpowered the other flavors in the beer, but it’s possible with a little more age the blue might really shine. I’d suggest picking up the 3 pack that includes all three beers and a Chimay glass. 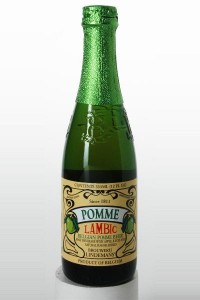 Another beer style that many people haven’t tried, and includes number 4 on the list (3 Fonteinen Millenium Gueze), is Lambic. Lambic beer is produced through spontaneous fermentation, rather than fermentation with cultivated yeast. Spontaneous fermentation can create many differing flavors in a beer, but lambic’s are brewed in places where predictable flavors will be produced, mostly a strong cidery flavor with a sour aftertaste. Many lambics are mixed with fruit juice and aged, which cuts down on the sour flavors. A commonly available example of Lambic Beer is Lindemans, who produces varieties including Lambic Framboise (raspberry), Kriek (sour cherry), Peche (peach), Cassis (blackcurrant) and Pomme (apple). I find Lindemans to be sweeter and fruitier than I’d like, but my girlfriend, who hates beer, loved it.

Number 5, Russian River Pliny The Younger, is said to be brewed with ridiculous quantities of fresh hops. Dogfish Head brewery in Delaware produces a line of IPAs known as 60-minute IPA, 90-minute IPA, and 120-Minute IPA. They’re produced by continuously adding hops to the beer for (you guessed it), 60 minutes, 90 minutes, and 120 minutes with 6%, 9% and 12% abv respectively. 60-minute IPA is one of my favorites, 90-minute IPA is even better, but in my opinion the 120-minute IPA is a bit too sweet.

There is a huge variety of other great beers out there for you to try. Follow our Drink Better Beer series, where we encourage beer drinkers to try more than the typical American lager.