Great Moments In Humor… With Food! 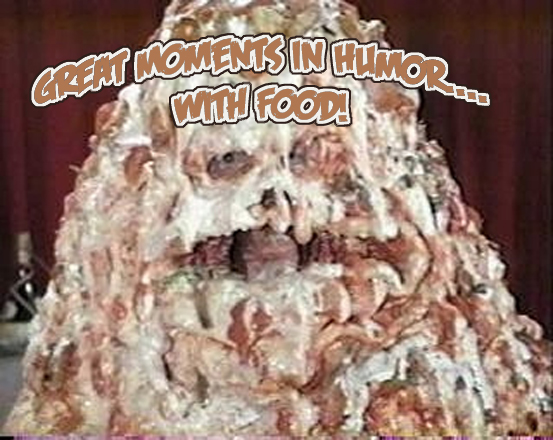 Trust me when I say, nothing is funnier than food. Seriously, take a good look at a pot pie or a mushroom or a pot of goulash one of these days and just tell me you don’t crack a little smile. As a chef (well, at one time anyway) I can find funny things in just about anything from artichokes to beef tenderloin, and that’s likely due to the fact that I’m slightly nuts. But that’s neither here nor there. The point is food has been used tons of times as a catalyst for jokes making the food just that much more funny. Here, stuff your face with this stuff! 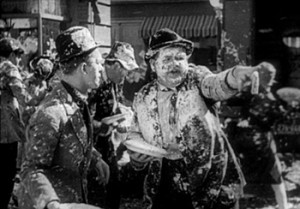 Luckily we’ve already done a complete write-up on this subject. And it even covers quite a few moments in Humor with Food where it isn’t necessarily fighting (ie: vomiting). But it’s all there in all of it’s glory. I’ll even include a clip here just so you don’t necessarily have to follow the link! 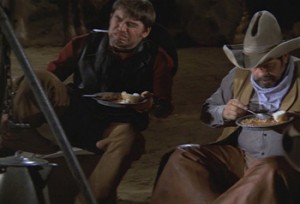 Farts and burps are a classic go-to gag. Unfortunately they’ve been used all too often so it’s nice when a film does something just a bit newer or funnier. Let’s look at two such examples from Blazing Saddles and ELF. 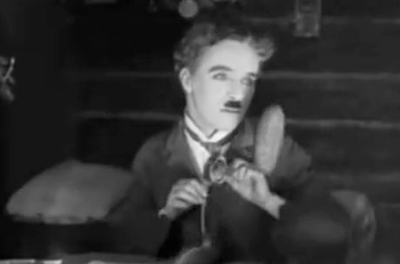 Two classic scenes of entirely different styles come to mind when I think of playing with food for comedic effect. Though you may have guessed a few of your own, I’m going with the genius of The Little Tramp and A Christmas Story! 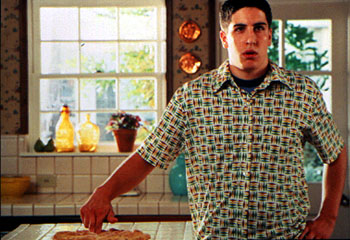 Food has never been intended for any other uses besides eating. But that doesn’t stop people from doing nasty shit with it anyway. Pie fucking for instance. Or candy shit? Um… 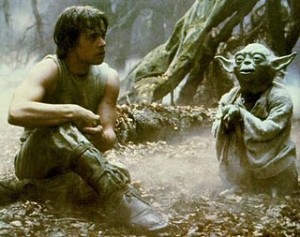 It’s hard to describe some of the uses for food as they just happen to be there for plain old comedic effect to advance the scene… let’s check a few out: Young Frankenstein and… Empire Strikes Back?

Food That Shouldn’t Be! 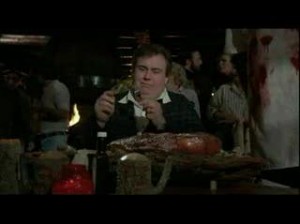 Sometimes food, though funny, has disastrous effects. Sometimes food becomes the antagonist. Let’s look at The Great Outdoors and Willy Wonka and the Chocolate Factory… and Pizza the Hutt!