Media > Books > Five Great Movie Novelizations That May Surprise You

Five Great Movie Novelizations That May Surprise You 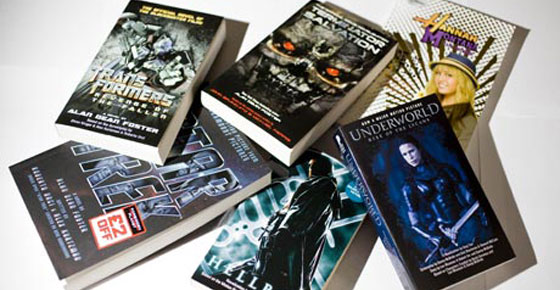 One of our favorites guilty pleasures is to read the novelization of a movie. If you are looking for spoilers, you can often get the book before the theatrical release and read the details for yourself. There are also often ‘scenes’ in the book which are actually better than the movie. 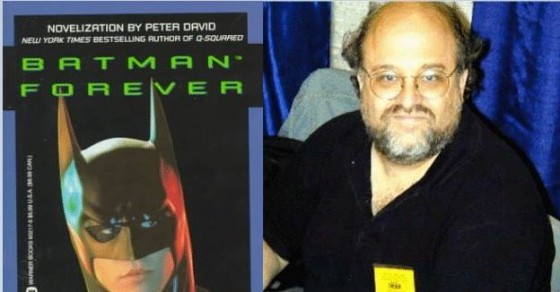 In its day, Batman Forever was a huge box office success. However, if they had taken a few more cues from Peter David’s novel, it might have been legendary. David is a noted comic book writer who has tackled almost every major character. Fans will particularly remember his run on the Incredible Hulk (which  actually expanded as well as deepened the Hulk’s mythology.)

In the Batman Forever novel, you not only get a clearer storyline but you also get something unexpected. David obviously knew the actors who would be playing the roles going in. This allowed for David to put in several nods not only to the comic book characters but also to the actors in his book version.

For instance, the Riddler in Peter David’s Batman Forever novel declares at one point that he is “Smokin'” like Carrey’s character did in The Mask previously. Two Face, in the novel, advises that his goons search every ‘out house and hen house’ like Tommy Lee Jones did in The Fugitive. There are also nods to Top Gun from the Batman in the book. In short, every character in the book references something that the actor playing them did previously. It was a light snarky awesome plot device to keep you reading. Of course, none of it was actually in the movie which was a really huge disappointment.

While technically not a ‘novel,’ Superman IV: The Quest For Peace #1 (The Official Movie Adaptation) is not only infinitely better than the movie, it is also a promise of what the filmmakers might have been able to make with a budget. In addition to its beautiful artwork by legendary Superman artist Curt Swan, Rozakis’ storyline fleshed out a surprisingly good story.

In the comic adaptation, there are actually two Nuclear Men. There is also a lot more emotional impact in having Lois remember the events of Superman II and then the heartbreak of having her forget again. The Lex Luthor presented is the fully fleshed out character presented in the comics. It is not the “I Can’t Believe That They Are Paying Me to Play This Role Again” Gene Hackman.

The truly sad past is that if this was the story that was given to audiences, there is a chance that Christopher Reeves might have been allowed to do the fifth planned movie. That movie might have actually featured Brainiac. If you ever get the chance, read the Superman IV comic not only to see what the movie might have been, but also to read a truly great Superman story. 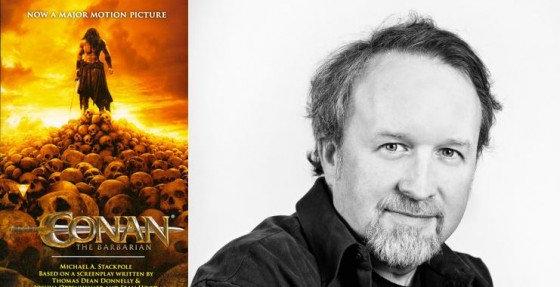 The 2011 movie, Conan The Barbarian, starring Jason Momoa was and rightly should be roundly criticized and derided. On the flip side, hiring Michael Stackpole to write the novel was a stroke of true brilliance. Stackpole is a noted science fiction/fantasy writer perhaps best known for Star Wars novels like I. Jedi. However, if you actually talk to Stackpole, you will realize that he truly has a passion for the Conan of Robert E. Howard as well as the works of Edgar Rice Burroughs.

In short, Stackpole wrote an actual Conan novel in the style of Howard which just happened to follow the plot of the movie set before him. In order to accept the assignment, Stackpole demanded a full script of the movie. He then went back and re-wrote passages in the style of Howard. What comes across in the book is a loving, accurate, and heart-felt continuation of the Conan mythos. Stackpole took possibly his only opportunity to truly explore a character whom he had always loved. The result was honestly incredible.

Star Trek V: The Final Frontier may be one of the most panned Star Trek movies of all time. However, to be fair, not all of the reviews of Star Trek Into Darkness are in yet. Dilard, who is a veteran Star Trek novelist, not only makes sense of a seemingly incomprehensible story, Dillard also manages to make the story richly compelling.

In Dillard’s mind, the character of Sybok is a Greek Tragedy. In addition, you have Spock who has passed through the after life and back into ours. Sybok is desperately searching for answers from a higher power. Spock has the answers somewhere in him, but no ability on how to accurately emote them.

In Dillard’s hands, The Final Frontier is a powerful meta-physical journey as well as a painful examination of watching a family member slip away. The main problem is that there has been no way to honestly and compellingly translate the story from the mind’s eye to the cinema. The real tragedy is that you might pass over a great book in the process.

To be fair, Gremlins 2: The New Batch was a wonderful movie and had innumerable creative touches that added to the franchise. To its credit, the only complaint you can make about the novel is that is was not longer. In addition to Mr. Clamp being a much more heroic and layered character, there is an added scene that could only happen in a novel.

In the novel, the Brain Gremlin (known as Mr. Glasses) kidnaps the author of the book, David Bischoff, and takes over the writing of the book. Mr. Glasses then proceeds to tie up Bischoff and starts typing the novel himself. This quickly turns into a Brain Gremlin political manifesto. The only way that the character of Bischoff can get control of the novel again was ax his way out of the bathroom. Keep in mind, this is 1990, a full five years before the Unabomber Manifesto.

The entire novel is a brilliant retelling of events, however that strictly novel scene (which was totally in character for the Brain Gremlin) just gives the novel a meta level of transcendence. It gives the novel an ever so slight edge over the movie.