Great Parodies of the Frankenstein Legend 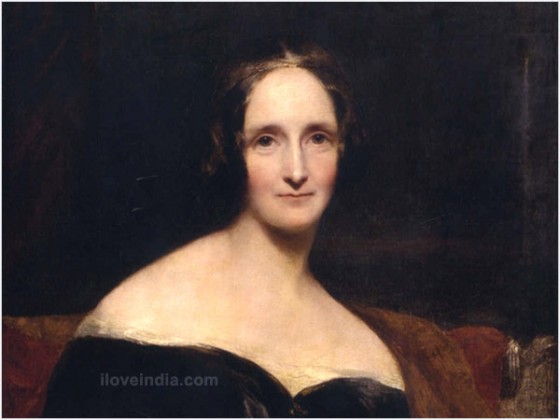 Mary Wollstonecraft Shelley was born on August 30th, 1797. For fans and devotees, Shelley’s birthday has become an unofficial Frankenstein Day. Who are we to argue? There is an old saying, “You go with what you know.” We know comedy. Today, we are honoring those who lovingly gave the big galoot a swift kick in his impossibly well ironed pants. Without further ado, here are the great artists who wonderfully parodied Frankenstein’s time-honored traditions. 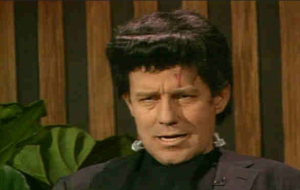 Phil Hartman starred as Frankenstein's Monster is a series of Saturday Night Live skits in the 1980s called Tarzan, Tonto and Frankenstein. The three speech challenged friends would interact and also appear on talk shows or sing Christmas Carols. Hartman's Frankenstein coined "Fire Bad!" as a catchphrase and once destroyed a set during the skit to hide the fact that he could not stop laughing. Really makes you miss Hartman all the more. 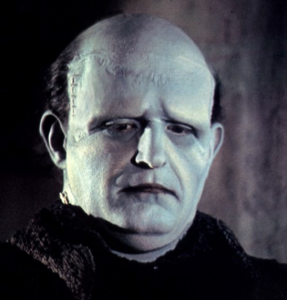 Peter Boyle in Mel Brook's masterpiece Young Frankenstein took the Monster into a place no one thought he would ever go. A song and dance number! Boyle and Wilder doing "Puttin' On The Ritz" is without a doubt one of the great comedy numbers of all time. This is the movie that made "Walk this way...' look like a fresh joke. Young Frankenstein also postulated that the Monster was not only super-human but also positively a sexual beast. This is one of the most highly respected movies of all time. 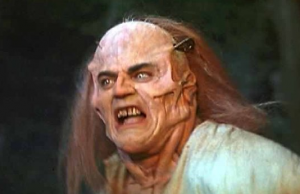 Watching 1990's Frankenstein Unbbound is a lot like the Ramones auditioning to play at your club. At first, you can't tell whether they are there to fence stolen musical equipment, or play. Pretty soon, they play what sounds like music. Afterwards, you are still not quite sure whether they are there to fence stolen musical equipment or play at your club. There is no telling whether Roger Corman (the guy who would go on to make Sharktopus ) was actually serious when he made this movie. He did have serious actors John Hurt and Raul Julia in the movie. What is not in doubt is that Nick Brimble's Monster ripping off his own arm to pummel John Hurt with is the most awesome thing in any Frankenstein movie ever!!! It may be a parody. It may not be a parody. You won't care when you see that. 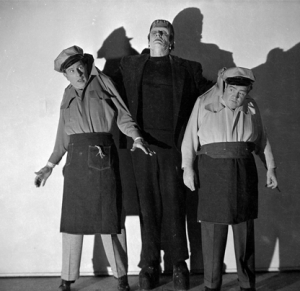 Glenn Strange does not get near the credit that he deserves in the lore of Frankenstein mythos. By the time Strange took over the role, it was seen as much like a prop which other actors worked around. This was in the collaborative monster movies House of Dracula and House of Frankenstein. Strange really came into his own in the comic romp that was Bud Abbott, Lou Costello Meet Frankenstein. It is more commonly known as Abbott and Costello Meet Frankenstein. This movie is a comic masterpiece as well as a tribute to the timing of physical comedy. Strange managed to make the monster funny without ever cracking a smile. 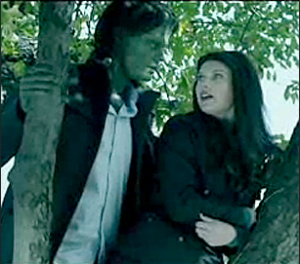 Bill Hader and Saturday Night Live managed to do the seemingly impossible in 2009. First, they made Taylor Swift funny and entertaining. Second, they made Saturday Night Live truly funny and relevant again. It only lasted one skit, but you take what you can get. The skit (called "Firelight") exposed the rivalry between Frankensteins and Mummies. It also revealed Frankestein's Monster's deep seeded urge to choke the life out of pop stars that really deserve it. 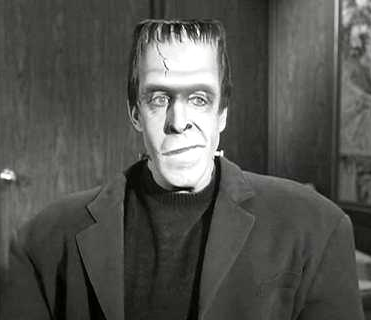 Fred Gwynne in The Munsters television show and movies took the character of Frankenstein's Monster and made it indelibly his own. Gwynne made it possible to pay homage to one of two monsters: Boris Karloff's version of Frankenstein or Gwynne's Herman Munster. Grandpa Munster once summed up Herman best, "They just don't build them like him anymore." The physics or how a Frankenstein Monster and a Vampire could make living kids out of two sets of dead flesh boggles the mind. But wait, don't the Romneys have children? 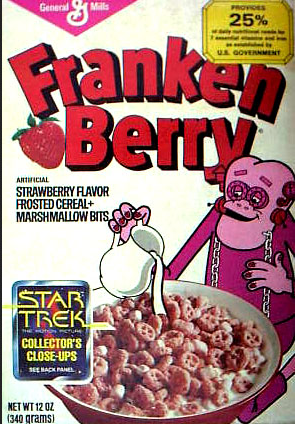 Nothing says 'sugary morning treat' like 're-animated dead flesh.' Wait, everything says sugary morning treat more than re-animated dead flesh. With Count Chockula and Boo Berry in tow as well, how on Earth did the good people at General Mills miss Zombie Flakes? Of course. in a universe where rabbits steal mercilessly from kids, rainbows lead to a pot of cheap cereal, police unrelentingly hound people who steal chocolate chip cookies, and insane boat Captains scour the globe and space for stolen treats, a cannibalistic remade Berry monster from the graves of berry trees everywhere seems almost... sane.