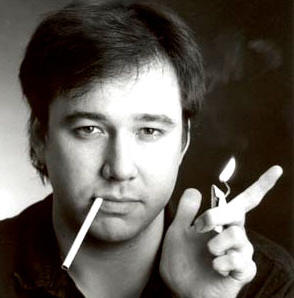 If you like comedy with a heavy dose of the truth, then you can’t go wrong with Bill Hicks. Brutally honest and happy to take an unpopular stand, if he were alive today, he would probably suspect some government plot to explain his own death. Politics, religion, drugs, sex…nothing was off-limits for Bill Hicks, and no one was spared.

Fortunately for us, his legacy is preserved though several official CD and DVD releases and countless bootlegs. In them you hear social commentary as relevant now as it was then. For his 50th birthday, let’s remember this great man with some his greatest quotes.

“They proved that if you quit smoking, it will prolong your life. What they haven’t proved is that a prolonged life is a good thing. I haven’t seen the stats on that yet.“ (from Dark Poet)

“They lie about marijuana. Tell you pot smoking makes you unmotivated. Lie! When you’re high, you can do everything you normally do just as well – you just realize that it’s not worth the fucking effort. There is a difference.” (from Revelations)

“If you don’t believe drugs have done good things for us, do me a favor. Go home tonight, take all your albums, all your tapes and all your CDs and burn them. ‘Cause you know what, the musicians that made all that great music that’s enhanced your lives throughout the years…were real fucking high on drugs. The Beatles were so fucking high they even let Ringo sing a few tunes. (from Relentless) 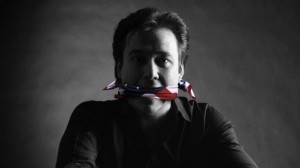 “Anybody can be a bum; all it takes is the right girl, the right bar and the right friends, and you are, well…your buddies will see you off. They’ll christen your dumpster for you.” (from Dangerous)

“People suck, and that’s my contention. I can prove it on a scratch paper and pen. Give me a fucking Etch-a-sketch, I’ll do it in three minutes. The proof, the fact, the factotum. I’ll show my work, case closed. I’m tired of this back-slapping ‘Aren’t humanity neat?’ bullshit. We’re a virus with shoes, okay? That’s all we are.” (From Rant in E-Minor)

“The whole image is that eternal suffering awaits anyone who questions God’s infinite love. That’s the message we’re brought up with, isn’t it? Believe or die! Thank you, forgiving Lord, for all those options.” (from Rant in E-Minor)

“I don’t know what you all believe, and I don’t really care…but you have to admit that beliefs are odd. Lots of Christians wear crosses around their necks…you really think when Jesus comes back, he ever wants to see a fucking cross?” (from Relentless)

“I’ve been on what I call my UFO Tour, which means, like UFOs, I too have been appearing in small southern towns in front of a handful of hillbillies lately. I’ve been doubting my own existence.” (from the Flying Saucer Tour, Vol. 1) 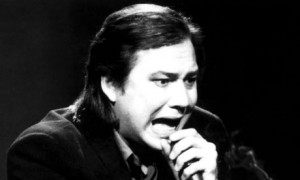 “It’s all about money, not freedom, ya’ll, okay? Nothing to do with fucking freedom. If you think you’re free, try going somewhere without fucking money, okay?” (from American: The Bill Hicks Story)

“All governments are lying cocksuckers.” (From Philosophy: The Best of Bill Hicks)