Two (Not) Great Ways to Keep Your New Year’s Resolutions 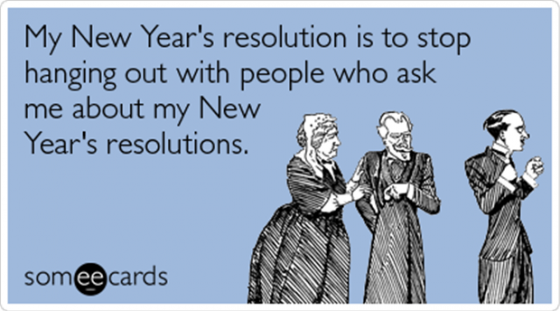 Let’s face it, with January 1st here we all need to drum up an awesome resolution ASAP, because what else will we post on Facebook? Some folks out there will go the funny route, while others will truly try to set a goal and follow through. 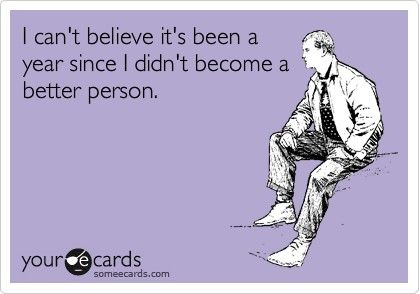 If you’re in the latter group and you want some terrible advice from someone who isn’t an expert, then you’re in luck! Because here are two thoroughly excellent ways to make your resolution happen… 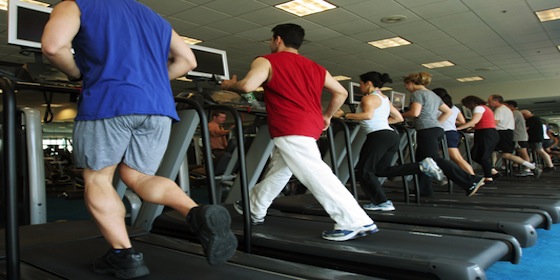 “Get in shape” has to be the most common resolution of all. Gyms get a staggering amount of fresh accounts following New Year’s Day, with everyone and their cactus resolving to work out more and finally get some rock hard abs.

But the follow through on “get in shape” is pretty sub-par. After roughly two and a half weeks, your gym visits will tone down from four a week to two, then one, and finally you’re only keeping the membership alive because of a contract and with the dim hopes it’ll suddenly motivate you to work out again (it won’t). 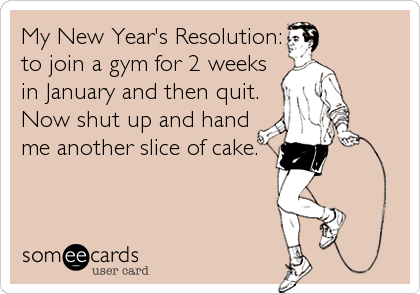 So why set yourself up like that? Instead go with “sign up for a gym membership.” Boom! Your resolution for the YEAR can be accomplished in just fifteen minutes! And with that sense of accomplishment you may actually do more. You already bought the damn thing and now have a successful resolution under your belt. Right? You’re a winner now, so keep on winning! 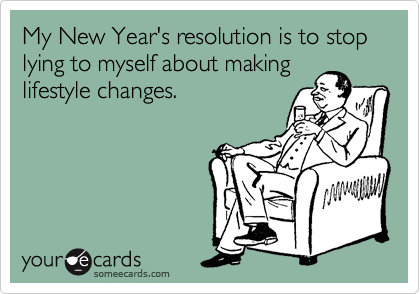 The more specific your resolution is the more constrained you are. Let’s say it’s, “I want to eat more exotic food.” That’s pretty specific. You’re limiting your experiences to only food, and you’re setting yourself up to eat slugs, or basically any international meal you’ve been deliberately avoiding. But why? Do you truly want to open yourself up more culturally, or do you just want something that sounds good and seems doable?

Either way, broaden the language; shift the wording from “I want to eat more exotic food” to “I want to expand my tastes.” It allows you do to anything like watching a touching dramedy or visiting a museum. Or, if you just want something that sounded good, it’s an excuse to drink more beer.

Why are you drinking that locally brewed mead? To expand your tastes from the usual pale lager you drink. Duh. Why are you getting drunk? Because those international micro-ales won’t drink themselves. You’re expanding your tastes, which means you have a free pass for a year to get drunk as shit. 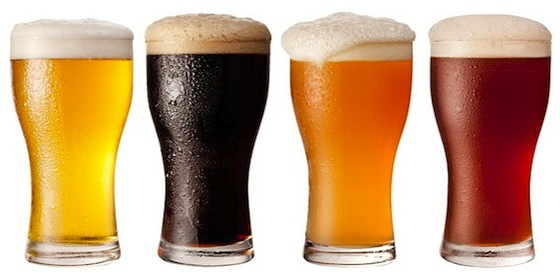 “I’m telling you, I HAVE to drink these- the guy on the internet said so.”