Media > Music > The Greatest Fruity Bands of All Time

The Greatest Fruity Bands of All Time 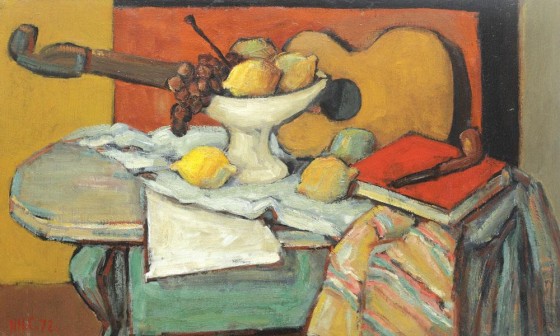 First off, this isn’t what some of you think it is. Trust me. However, if you think really hard for a second I’d be willing to bet you could come up with a few band names with fruit in the title. Go ahead, I’ll wait. So, what did you come up with? Well, take a look at the list here and see if anything you thought of comes up. Believe me, there are likely quite a few more than you think. So, let’s check out some bands with fruits in the name, what do ya say?

Also enjoy this. Because…

Most well-known for their 1967 hit “Incense and Peppermints,” but they did offer several that charted in the Top 40 over time. Such as “Rainy Day Mushroom Pillow.” And no, I didn’t make that up.

In 1968, The Lemon Pipers would go on to create a style of rock called Bubblegum Pop with their number one hit “Green Tambourine.” And that was a about it. They are regarded as a one-hit wonder, but they did help create a genre.

German and regarded as pretty influential in forming Krautrock (that rock style coming from Germany, mainly). Though they didn’t have any specific chart-topping singles, they have done soundtrack work for such films as The Keep, Risky Business, Firestarter, Legend and Near Dark.

If you grew up in the ’80s, there’s no doubt you know Bananarama. Though they have been around since the early part of the decade, they are mostly known for their 1986 hit “Venus” (a remake of a 1970 song from Shocking Blue) and for being a big part of both Band-Aid I and Band-Aid II.

Sadly, this band is well-described by Jeff Tamarkin as: “(A) saga of squandered potential, absurdly misguided decisions, bad luck, blunders and excruciating heartbreak, all set to the tune of some of the greatest rock and roll ever to emerge from San Francisco. Moby Grape could have had it all, but they ended up with nothing, and less.” Trust me, if you want to check out what could have been, click HERE.

When the ’90s rolled around and everyone and their brother figured they could make at least one hit… they did. The Lemonheads were no exception. Well, I guess they kind of were since they formed in 1987, but it was the Evan Dando-led years that brought their remake of Simon and Garfunkle’s “Mrs. Robinson,” largely considered their biggest hit.

Those who only know this incredibly short-lived alt-pop band for their Bee Girl-infused hit “No Rain” are really missing out. Blind Melon were led by the incredibly gifted Shannon Hoon, who died of a drug overdose shortly after their sophomore album Soup was released. Do yourself a favor and check out the self-titled record, the aforementioned Soup, and Nico. Oh, and one of their best songs is the video provided.

Of the ten bands on here, this is the first of two I have actually seen live. Led by the incredibly talented Dolores O’Riordan, The Cranberries had a number of hits throughout the ’90s and early aughts. Most well-known for the songs “Linger,” “Dreams” and “Zombie,”the band has been around since 1989, and has even reformed as recently as 2009 and began touring again.

Remember Eric Carmen? Sure ya do. He, the singer of the following soft rock hits: “All By Myself,” “Never Gonna Fall in Love Again,” “She Did It,” “Hungry Eyes,” and “Make Me Lose Control.” Yeah, you know him. But did you know he was once the lead singer for The Raspberries? Well he was and you might know “Go All The Way” and “Let’s Pretend” from the ’70s. Well, you should.

And here’s the other band I’ve seen live. It was an amazing show and it was the tour for the initial release of Mellon Collie and the Infinite Sadness. I’ll never forget it. Anyway, if for some reason you don’t know the Smashing Pumpkins, I feel bad for you.