Humor > Pop Culture > The Greatest ‘Green’ Guys of All Time

The Greatest ‘Green’ Guys of All Time 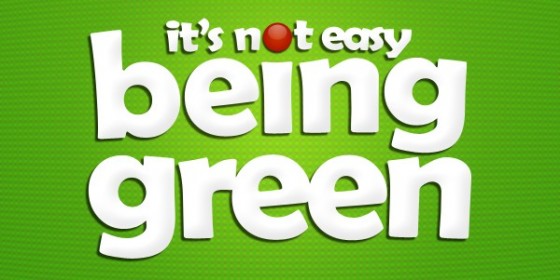 Springtime means a lot of things to a lot of people: flowers, sunshine, Easter, and multitudes of animals having sex. Or, if you’re like me, it means green, and lots of it! The grass is greener, the leaves are green, and being from Michigan means probably, maybe, no snow to mess up your green.

And then there are those people who are ‘Green’ all the time. Possibly dressed green, imbued with green skin, or even just because it’s in their name. And there are quite a few, as it seems. So, sit back in the warmth of the green Spring and check out these ‘green’ folks. 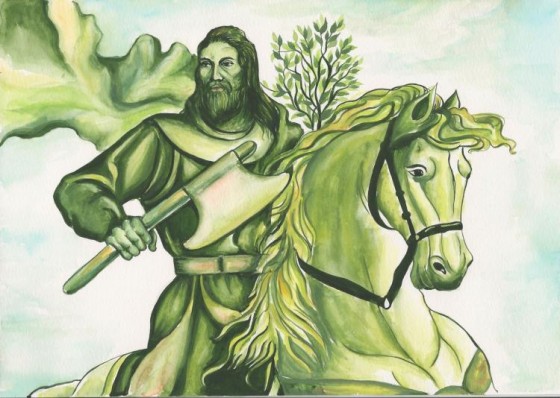 As told in the Arthurian Legend: Sir Gawain and The Green Knight, Gawain encounters a knight dressed and hued completely in green, save for his red eyes, who challenges the Round Table hero to strike him down and accept a return blow 366 days later. It's evidently one of the better known Arthurian tales. 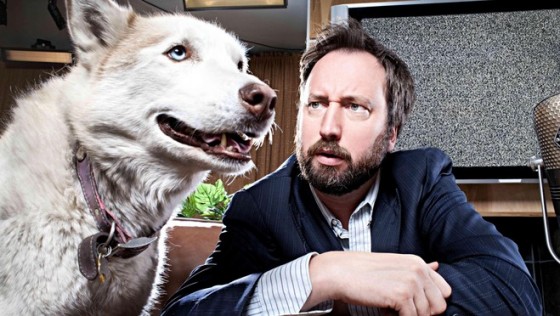 Slightly flash-in-the-pan mediocre comic, Tom Green, did push the envelope quite a bit, often much to the chagrin of censors and TV execs. But hey, at least he sang a song about testicles and had an operation on the air. 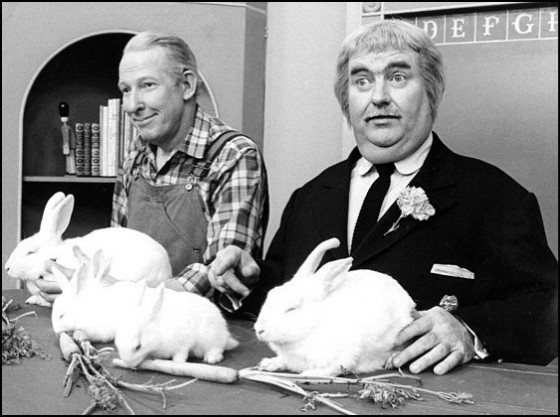 The one-time host of something called Uncle Lumpy's Cabin, Hugh Brannum would eventually go on to become the neighborly handyman and resident animal lover to Captain Kangaroo (Bob Keeshan). And yes, his signature outfit was a particularly wretched shade of green. 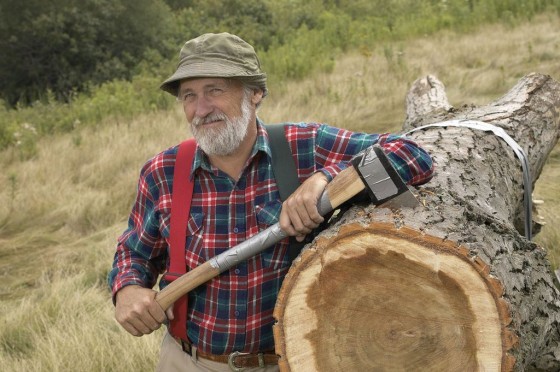 Red Green -- whose real name is the even more boring Steve Smith -- is the host of CBC-produced The Red Green Show. The whole premise of this ridiculous program is to make fun of such things as home improvement, fishing and hunting shows, and the intelligence of Canadians. Whatever. Apparently it's funny. 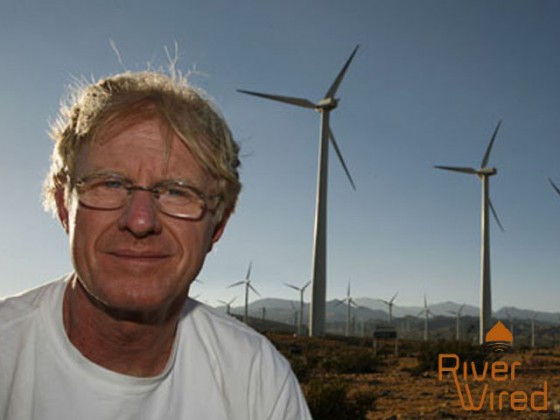 What? Why him? Because, I felt like mixing this list up a bit! Also, because if there is a poster-child for the 'Green' movement in environmentalism, it's this dude:

'Since 1970 he has been an environmentalist, beginning with his first electric vehicle (a Taylor-Dunn[6] golf cart style vehicle), recycling, and becoming a vegan.[7] He promotes eco-friendly products like the Toyota Prius, Envirolet composting toilets and Begley's Best Household Cleaner.' - Wikipedia. 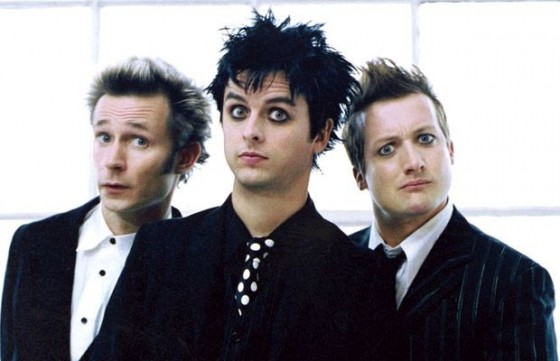 Not really a whole hell of a lot to do with green, other than the name and a vague reference to getting baked. 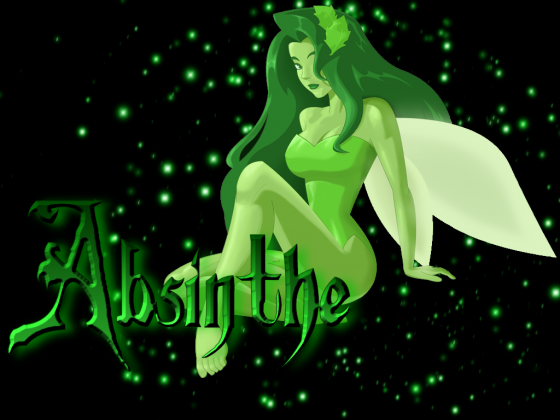 This mythical lass is the secret nickname for an incredibly high-potency liquor: "la fée verte", The Green Fairy. That's right kids, it's Absinthe. And this fairy will make you forget where you are. Or were. 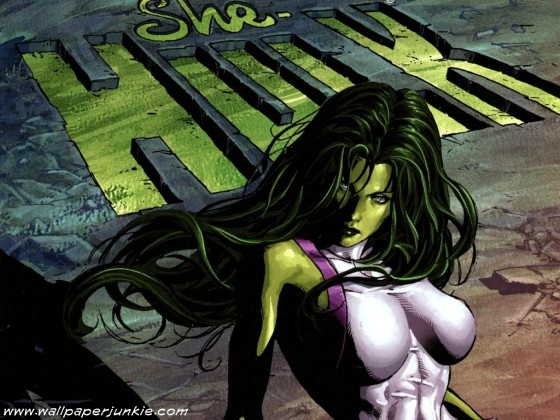 There are two official incarnations of this green-skinned beauty in Marvel comics: the original Jennifer Walters (Bruce Banner's cousin), and Lyra (the daughter of The Hulk and Thundra). And believe me, if you want bizarre storylines and bios, check out those two Wiki entries. 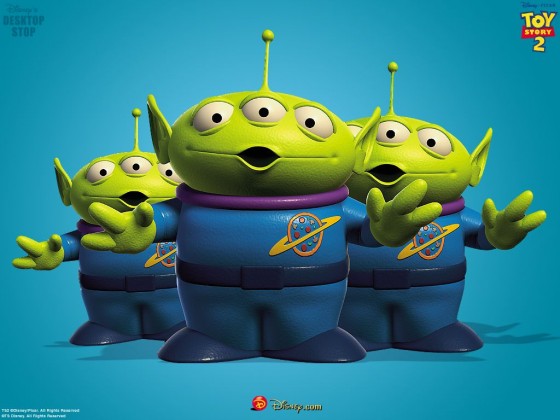 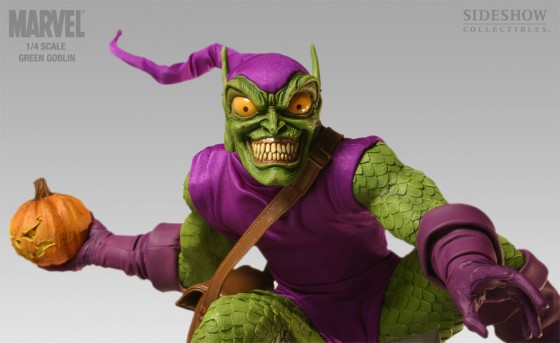 Norman Osborne is a billionaire businessman -- smart, sly, and completely bat-shit crazy. He also totally loathes Spider-Man... well, at least when he's Green Goblin. Otherwise, he seems to dig him and kind of maintains a close-knit relationship with Peter Parker, especially considering he's the dad of one of Peter's closest friends. But get that costume on him and all bets are off. 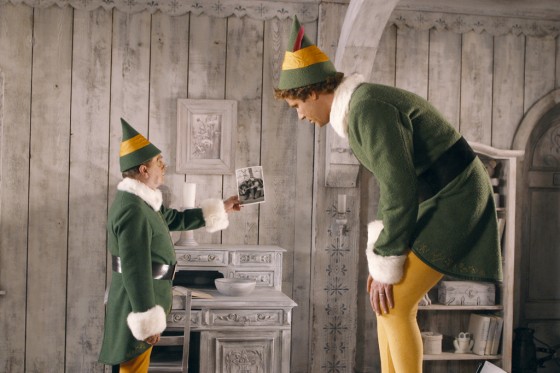 I'm using Buddy here as a composite of just about every Christmas elf ever. While Santa has always donned his classic red and white get-up, it's almost just as well-known that his helper elves dress equally as smartly in green from head to toe. Ya know... all Christmasy and such. 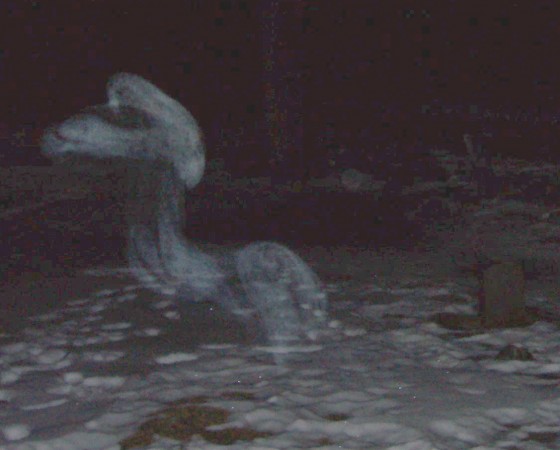 The ghostly image of a woman called The Green Lady haunts the grounds of no fewer than five different castles and cemeteries. Some of the more well-known are Ballindalloch Castle, Caerphilly Castle, Burlington Cemetery, Craigowen House and Donolly Castle. If you want a bit more insight on what, possibly, a Green Lady is, follow this link. 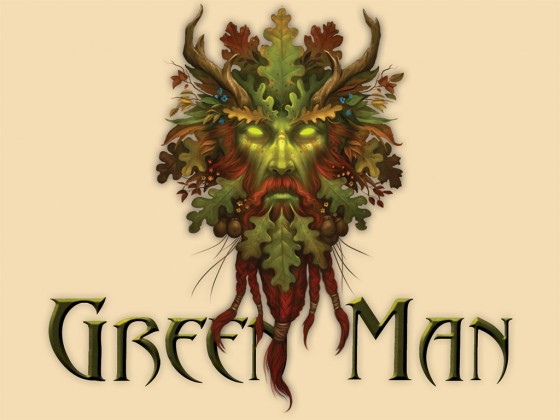 The Green Man is typically a piece of artwork or an ornate carving that features an old man's head surrounded by an array of different flora. He is most often found in church architecture, yet doesn't describe any one particular religion. 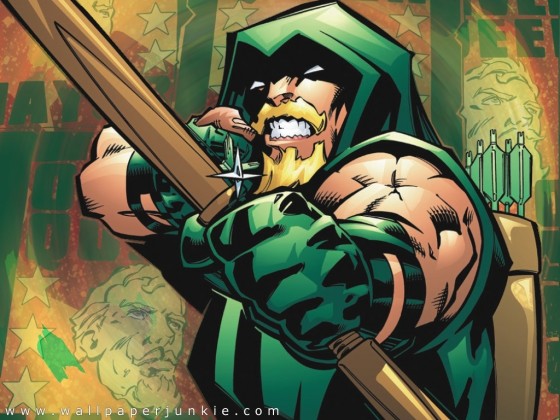 As so often is the case in comics these days, there has been two distinct gents who have taken up the mantle of Green Arrow, a Robin Hood-costumed superhero who uses a vast array of arrows and skill to thwart evil. The first was Oliver Queen, and the second was his son, Connor Hawke. Both still frequently perform their duties. 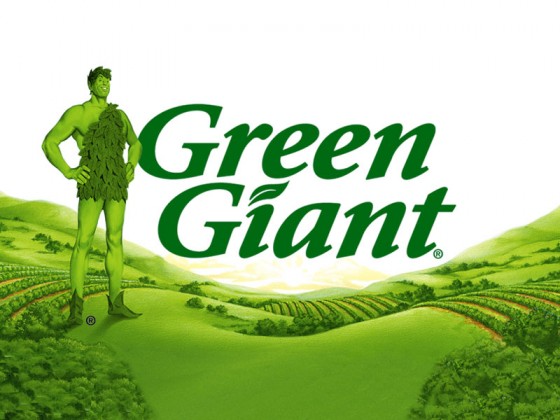 If you don't know who this towering emerald fellow is, you need to eat more veggies.

Though Greene is perhaps most well-known on the field as one of the best defensive tackles ever for the Pittsburgh Steelers, he is definitely best remembered outside the game as starring in a Coke commercial that even today is considered one of the Super Bowl's greatest ads. 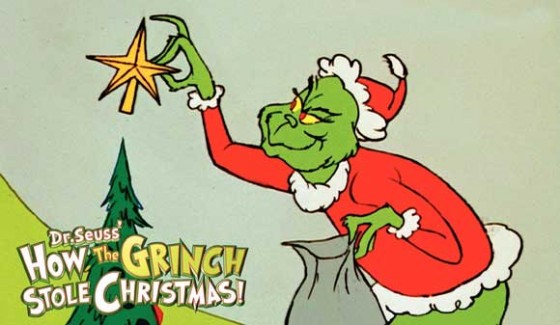 Speaking of mean and green, it took the combined efforts of a town of Whos and some Christmas spirit to bring this guy around. 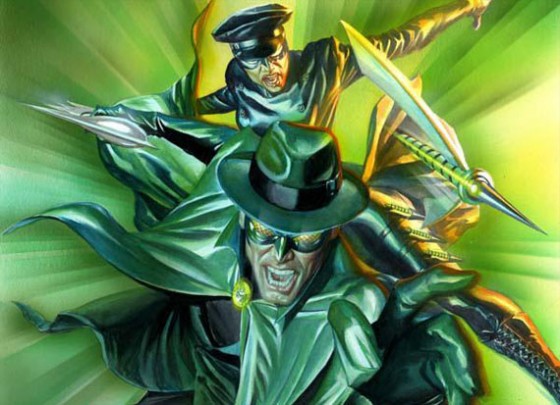 The Green Hornet has been a lot of things: radio drama, TV serial, comics, and a few films, the most recent starring Seth Rogen. Ultimately, it's a story about a masked vigilante and his oriental sidekick, Kato, most recognizably portrayed by Bruce Lee. 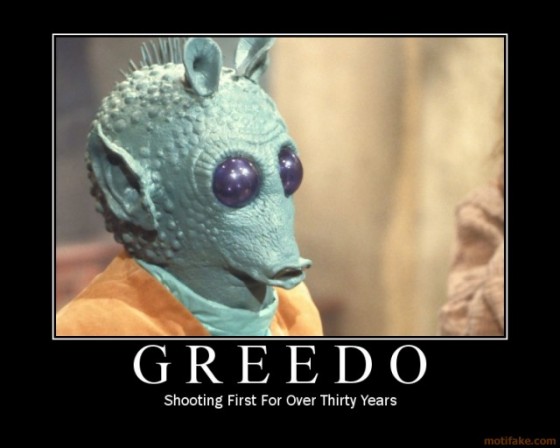 Despite what George Lucas wants you to swallow, Han has always, and will always shoot first. 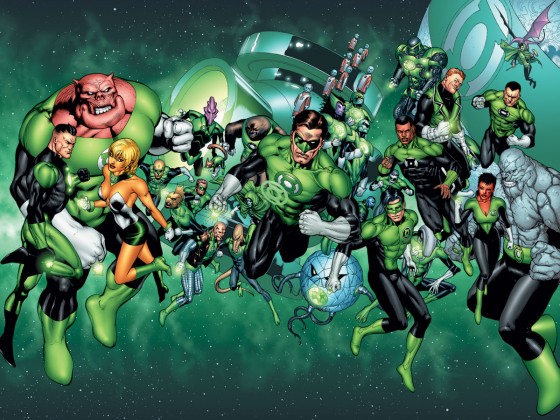 Whether you prefer Hal Jordan, Guy Gardner, John Stewart, or even Kilowog, a Green Lantern is still, ultimately, a Green Lantern and it takes the power of a fearless and stalwart mind to create virtually anything with the Power Ring. As green superheroes go, these guys are just about as green as they come. 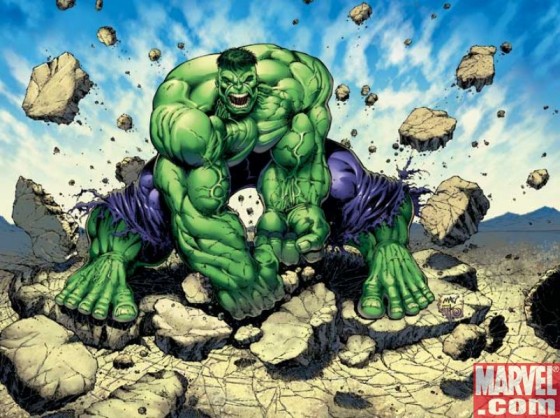 That last entry being said, The Incredible Hulk is what most people think of when they think green superheroes in comic books. Originally based on the bombardment of Gamma Radiation, Bruce Banner harnessed the power of anger to transform into the rampaging beast. But after hundreds of changes and make-overs, The Hulk has become something of a separation anxiety. 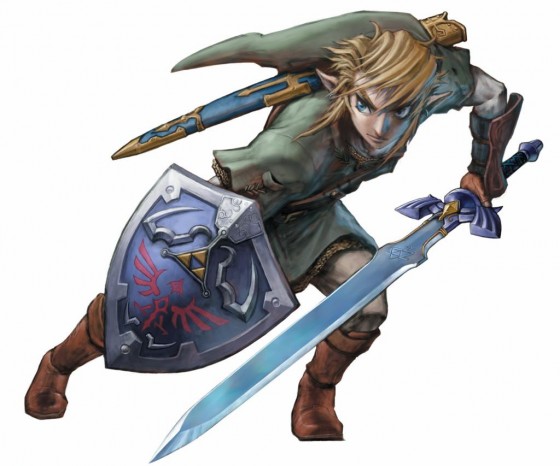 We all knew that from the very moment in 1986 when we played The Legend of Zelda for NES, that the titular hero, Link, was bound to go on making sequel after story continuations for ever and ever. And we're ever so glad Nintendo saw to that, because Link's many adventures continue to shine as a video game crowning achievement.

Maybe it was the fact that this little green ghost was consuming everything from the hotel food cart, or possibly because he gave Venkman reason to announce, "He slimed me"... either way Slimer has gone on to head his own cartoon (Slimer and the Real Ghostbusters), return to assist the guys in the film's sequel, and even appear on boxes of his famous fruit drink, Ecto Cooler! Now that's an amazing climb to stardom. 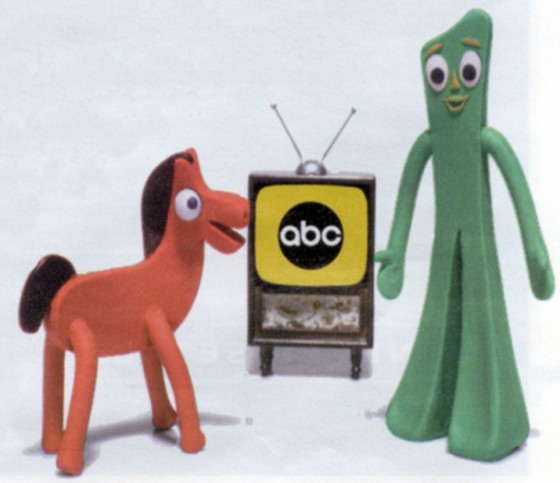 Art Clokey's classic little green ball of clay that magically transformed into an oddly gum-shaped boy captured the hearts and imaginations of generations of children. To this day, Gumby and Pokey still pop up from time to time and make the world a significantly better place. That's right. 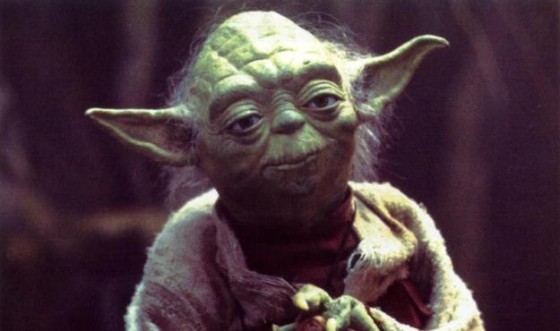 Quite green, this alien Jedi is. Very powerful, this champion of the Force is. Seek Yoda, for training will you. Well, not now. 900 years old he reached, one with the universe he is. 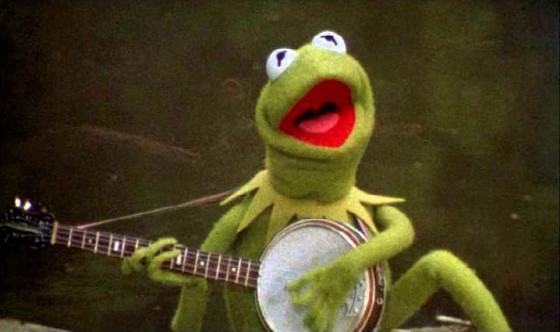 If anyone (or anything) knows just how difficult it is to be green, it's good old Kermit. None is greener, or more well-known for being so hue than this famous frog.