Sports > Other > The Greatest Hoaxes in Sports History

The Greatest Hoaxes in Sports History 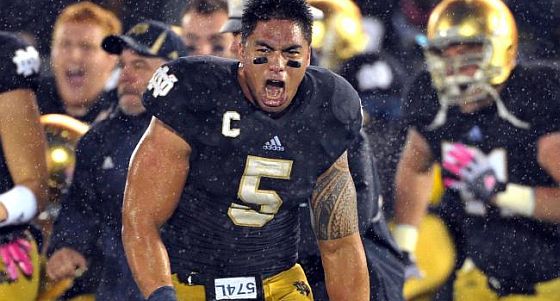 Since Deadspin broke the story of Manti Te’o’s imaginary dead girlfriend the internet has been abuzz with talk of the hoax. The idea that a high-profile player at one of the nation’s elite schools could be involved in such an elaborate story during the internet age seems almost unbelievable to many, and they’re calling it the biggest hoax of all time. We aren’t so sure, as there have been plenty of other high-profile scams over the last 100 years. We recount the top ten below. 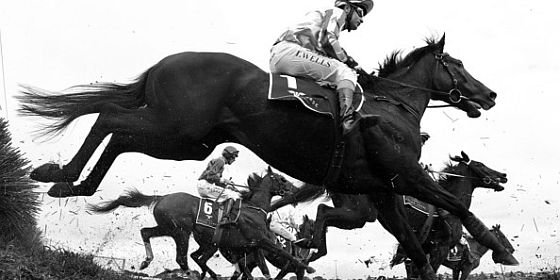 This one goes back over a century, when a well dressed man by the name of Mr. Martin asked a local newspaper to publish the card for an upcoming race at a local track. The Trodmore Hunt Steeplechase was a rousing success, and Mr. Martin returned to the newspaper a week later with the result. Bookies, who had taken action on the race, paid off backers of the winner Reaper at 5:1 odds.

The problem was that there was no Reaper, no Trodmore Hunt Steeplechase, and no Mr. Martin. The mysterious racing promoter disappeared with what was assumed to be the lions’ share of the paid bets. 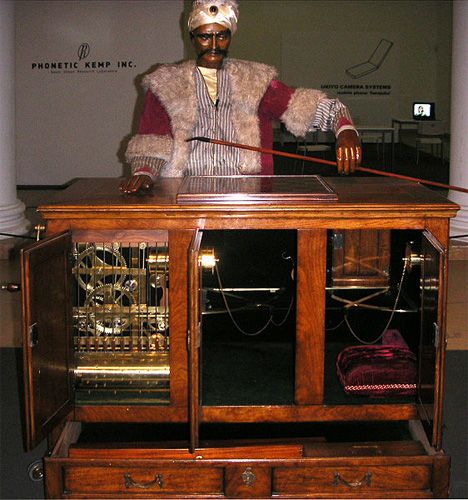 So, chess isn’t normally considered a sport, but we had to include a plan as audacious as the Baron’s. Von Kempelen created a famed chess playing machine, named “The Turk”, and toured the world taking on top chess masters. It wasn’t discovered until that 1820’s, after nearly 50 years of touring, that the Turk was a hoax. Baron von Kempelen had outfitted the machine with enough room inside for a human being, and would hire local chess players to climb inside and operate the machine at each stop. 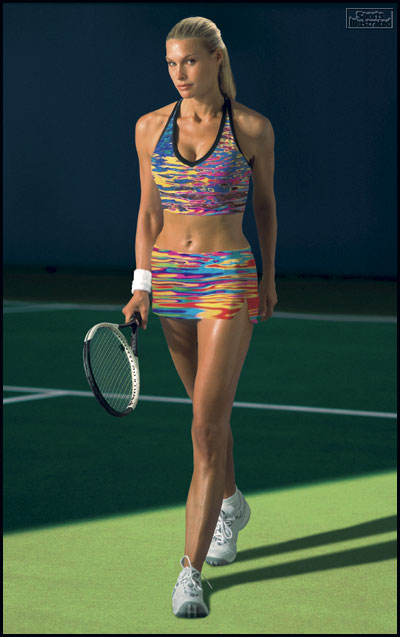 In a blatant ripoff of the Sidd Finch hoax (more on that one later), Sports Illustrated’s L Jon Wertheim wrote an extended profile of tennis phenom Simonya Popova. Wertheim penned a glowing profile of the 17-year-old star, only he neglected to mention that she didn’t exist until his closing line.

While he never intended for the story to be taken seriously, the article sparked outrage from the WTA, which decried Wertheim’s focus on the teenager’s sexuality. 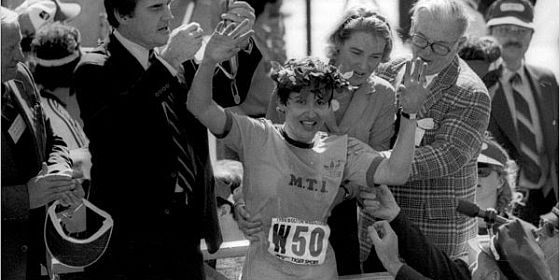 The pair of marathon runners recorded surprise wins decades apart, but both are linked in history. Lorz took home the gold medal in the 1904 Olympics while Ruiz won the 1980 Boston Marathon, both in surprising times. In the case of Lorz, he had actually skipped most of the race, having gotten a ride the final 11 miles to the finish line. While no one knows exactly how Ruiz got across the finish, everyone agrees she didn’t do it by running the full circuit. Later reports have her taking the subway to finish the 1979 New York Marathon, adding credence to the belief that she cheated.

Lorz at least got some redemption, going on to win the 1905 Boston Marathon. 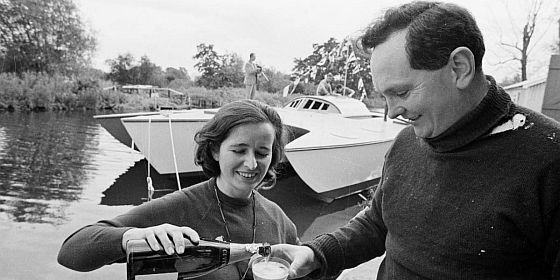 Crowhurst was a British sailor who attempted to win the Sunday Times Golden Globe race. The event pitted some of the world’s elite sailors in a race to see who would be the first to circumnavigate the globe, solo, in a sailboat. Crowhurst was well-regarded as a potential winner, but found himself floundering soon after starting off. Over the next eight months, Crowhurst reported in a series of increasingly bizarre updates and log entries, documenting progress he was supposedly making. With the potential victory in hand, Crowhurst took his own life at sea, and the entire hoax was discovered when his boat and logs were found intact, but without Crowhurst.

In a story straight out of a “South Park” episode, a group of athletes pretended to be mentally challenged entered the 2000 Paralympics and won gold in basketball for Spain. An undercover reporter, who had been part of the winning team, revealed the truth, and the Spanish team was forced to return their medals. 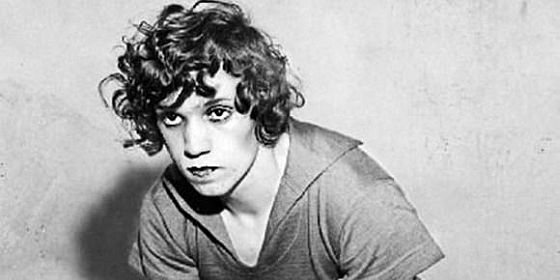 While the 1936 Berlin Olympics are best remembered for Jesse Owens showing up Adolf Hitler by winning gold, it was a fourth place finisher that pulled off the biggest scam of the game. Dora Ratjen, who failed to medal in the high jump, was actually a male named Hermann Ratjen, who had been forced to compete in the Olympics as a woman by Nazi officials. The true story didn’t come out till years later, after Ratjen set a world record at the 1938 European Athletic Championship. 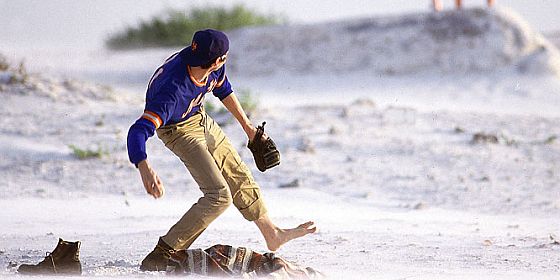 On April 1st, 1985, Sports Illustrated writer George Plimpton told the story of Sidd Finch, an English pitching prospect for the Mets. Finch was supposedly something special, able to hit 168 MPH on his fastball with pinpoint accuracy. Reports of his velocity concerned other teams so much that they complained to MLB officials about the safety of their players. Unfortunately for Mets fans, Finch was destined to share the fate of most Mets prospects, and never made the major leagues. It wasn’t injuries or fate that kept Finch out of the big leagues, however, but the fact that he never existed in the first place. 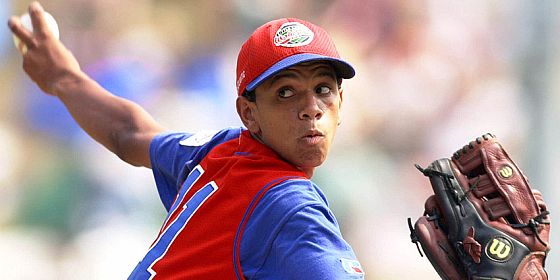 How do you get to be the best 12-year-old pitcher in the world? Option one is a combination of hard work, genetics and pure luck. Almonte (and his coaches) took door number two, and faked his birth certificate to show that the 14-year-old Almonte was only 12. That revelation cost his team the Little League World Series, and the notoriety likely stunted the development of the promising pitcher. 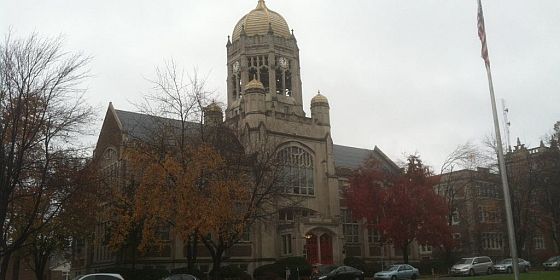 For a few months in 1941 the Plainfield Teacher’s College, in Plainfield, NJ, was the best small college football team in the country. Led by Johnny “The Celestial Comet” Chung, Plainfield defeated every opponent on their schedule, leading to a possible bowl bid after their sixth victory. Newspapers in New York and Philadelphia were taking box scores from local reporter Jerry Croyden, and sharing them with the world, making Plainfield the center of the football universe. Sadly for Plainfield boosters, the school didn’t exist. Croyden, Chung and Plainfield were the creation of Morris Newburger and Alexander Dannenbaum, who were forced to “forfeit” the season after being found out.

We can’t be too critical of the reporters who were fooled, if only because we have a hard time believing that most D III schools exist.