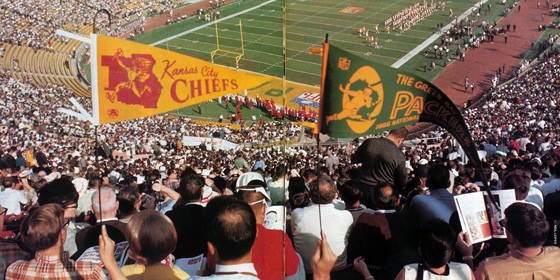 In 1967, the Green Bay Packers defeated the Kansas City Chiefs to become the NFL’s first ever Super Bowl Champion. Bart Starr, Jim Taylor, and Max McGee combined to form one of the deadliest trio in Super Bowl history as they beat up the Chiefs, along with a dominate Packers defense, to win 35-10.

That was just the beginning.

Since the Packers victory in 1967, 20 teams have won the Lombardi. Only four teams have never even been to the big show. (Cleveland Browns, Houston Texans, Jacksonville Jaguars, Detroit Lions)

Can you imagine what the lineup would look like if you examined every team from every Super Bowl and built the perfect team? Who would make the cut?

We are going to start with the Head Coach because what good is a lineup if you have no one calling the plays and managing the sidelines? We’re also going to do our best to avoid naming Patriots to the team because screw those guys. 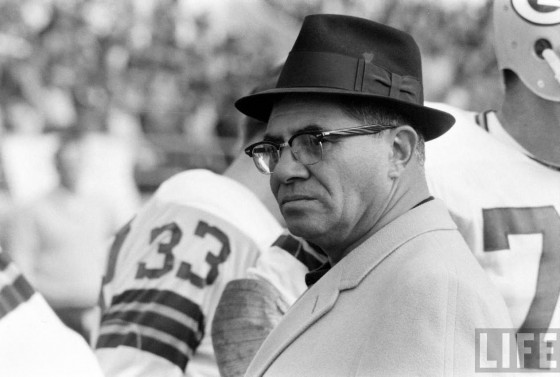 We could spit out facts and stats to prove the point we want to make. But that is just plain easy.

Ask yourself this question instead, who is the Super Bowl trophy named after? 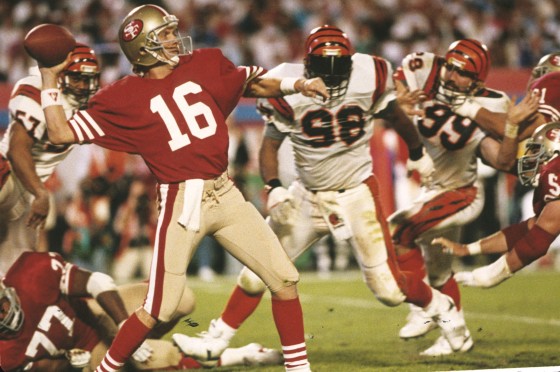 Until Tom Brady entered the league, there had never been a more efficient player in Super Bowl history than Joe Montana. He is the definition of winning. He led the 49ers to the playoffs in 10 consecutive seasons from 1982 to 1991. During those ten years, he won 4 Super Bowl’s, 3 Super Bowl MVPs, and led the 49ers to a come from behind win over the Bengals with a 10 yard TD pass to John Taylor, otherwise known as “The Catch”. Selecting Montana gives us the added bonus of pissing off Brady fans. Even though we acknowledge Brady is the GOAT, we still think he cheated. 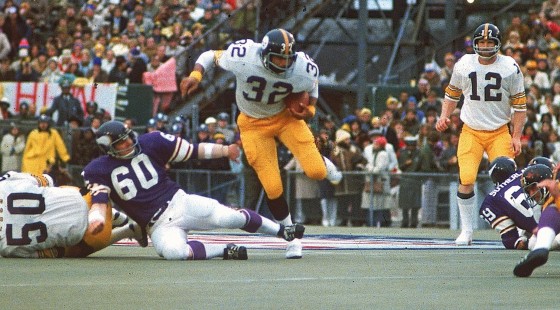 He was a bruising back standing over six feet tall and weighing north of 225 pounds. He was the reason Pittsburgh won their first ever playoff game thanks to one of the most amazing plays of all time, “The Immaculate Reception”. It was not only his catch and score that led Pittsburgh to the victory, he had 160 total yards including the only Steeler touchdown of the day. He would later be a part of a Pittsburgh team that won four Super Bowls in six seasons, an NFL record. 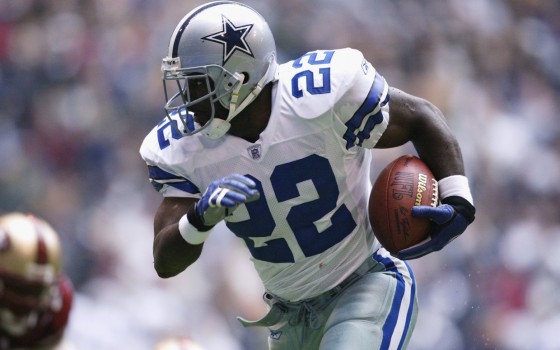 We have a chance to build the perfect roster of Super Bowl champions and Emmitt Smith falls into our laps? The greatest NFL RB of all time owns the NFL record for most career rushing yards, rushing TDs, and most 100 yard rushing games. He played in 3 Super Bowls and ran for over 100 yards twice. The argument shouldn’t be whether or not he makes the team, it should be whether or not we need a second RB. 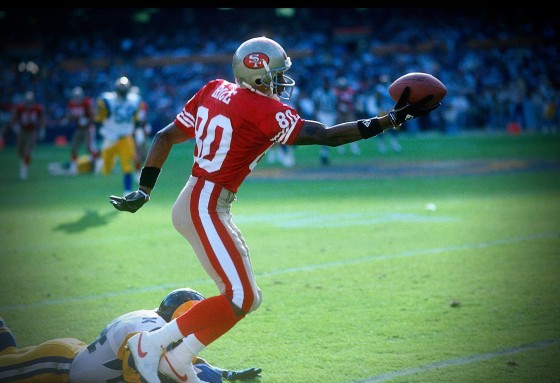 Other Notable Super Bowl Records – Most Yards Receiving in a Game (215), Most Receiving TDs in a Game (3, he did that twice)

Jerry Rice is the greatest player in NFL history. He owns more records and dominated more defenders than anyone else at any position in the history of the sport. Since our lineup is all about Super Bowl performances only, he, once again, wins. He owns 9 Super Bowl records, another record. So technically, he owns 10 SB records. This team is starting to make us hungry for some football. 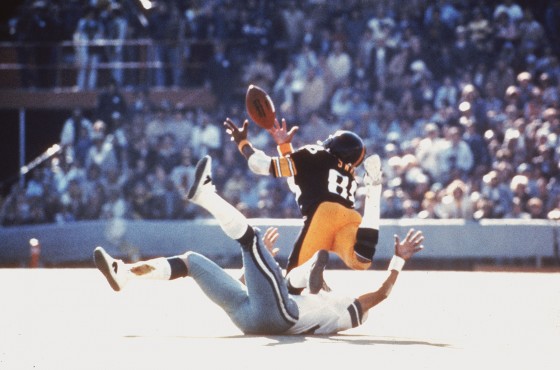 In four Super Bowls, Lynn Swann only needed 16 receptions to help the Pittsburgh Steelers win the Lombardi. He averaged over 40 yards a reception which is second best in Super Bowl history. He is also credited with one of the most amazing plays in Super Bowl history when he caught a 53 yard pass from Terry Bradshaw by leaping, tipping, and diving for it. That was also why we love Mr. Swann so much. The man knew how to make big plays. 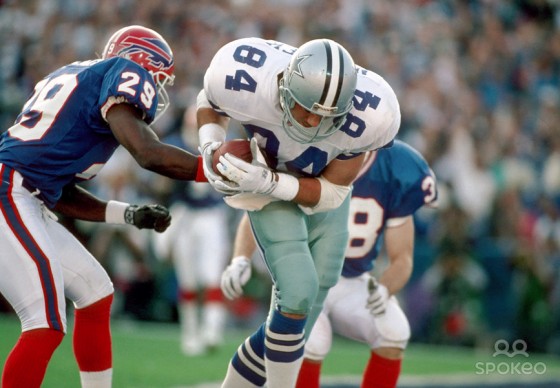 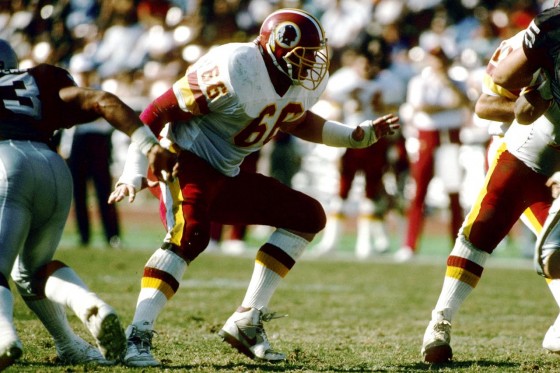 Timmy Smith owns the Super Bowl record for most rushing yards in a single game with 204. John Riggins is third with 166 in Super Bowl XVII. Who do you think was opening up holes and blocking for these two guys? This Hog should clearly be inducted into the Hall of Fame. 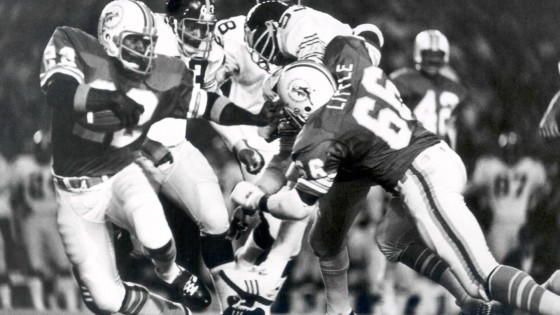 Larry Csonka almost made this roster and if he did he could thank Larry Little. Little helped open more holes than a dermatologist and helped Csonka go on to rush for 145 yards and 2 TDs in Super Bowl VIII. He ended up turning a good RB, in Larry Csonka, into a Hall of Famer. 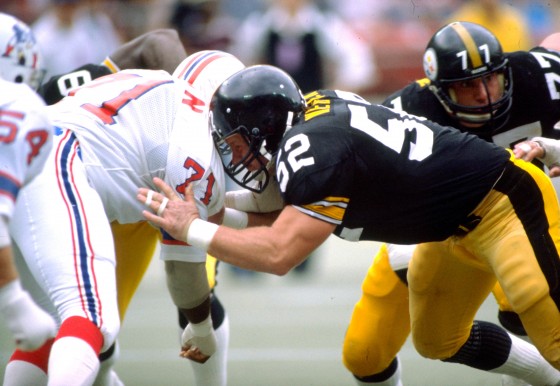 One of the most important and often overlooked roles on the offense is at Center. Mike Webster ran the offensive line that helped block for Franco Harris and pass protect for Terry Bradshaw. He was one of the main reasons the offense moved the ball during the four Super Bowl wins. 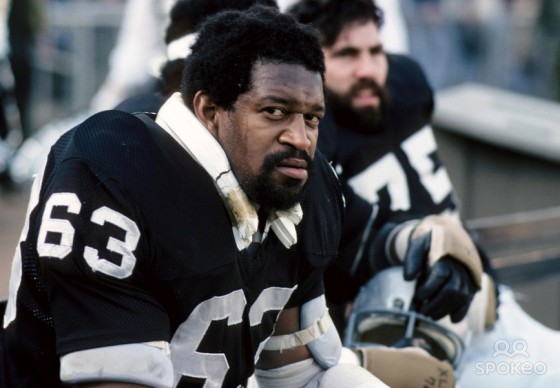 If you keep reading, you will notice Alan Page made this team. He was a great defensive lineman and dominated his opponents. However, Gene Upshaw shut him down in Super Bowl XI in one of the most impressive performances by a Guard in NFL history. It was truly legendary. 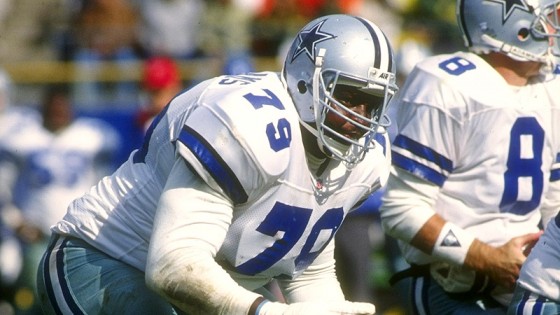 Erik Williams had the honor of pass protecting for Troy Aikman while busting open holes all over the field for Emmitt Smith for three Super Bowls. 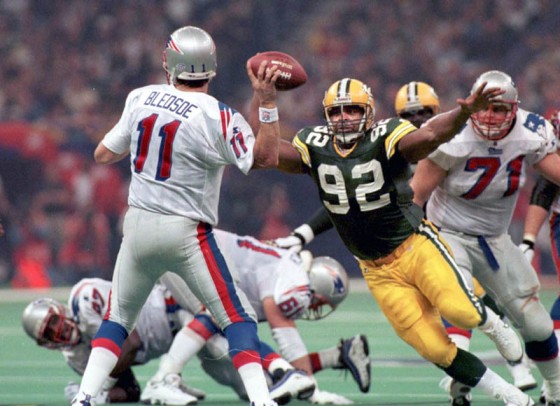 Reggie White will forever be remembered as the greatest defensive end that began his career in the USFL. Mr. White went on to Philadelphia where he dominated offensive lines and pulverized quarterbacks. He displayed his talents in Super Bowl XXXI when he sacked Drew Bledsoe three times. 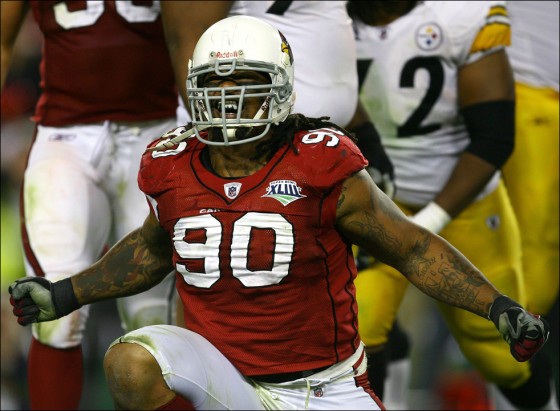 So far, this list has had players from winning Super Bowl teams. Darnell Dockett played in just one Super Bowl, XLIII, but failed to get a victory thanks to the tippy toes of Santonio Holmes. He did, however, shut down the Pittsburgh Steelers offense for most of the game. He ended up with 3 sacks and 6 tackles. But it wasn’t enough to stop the Steelers. 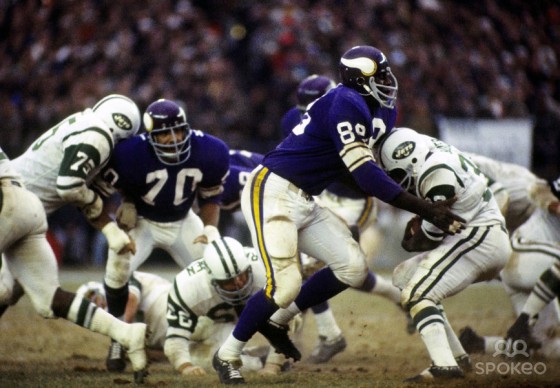 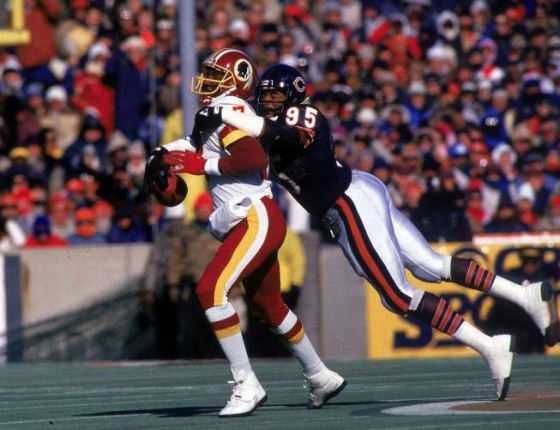 Richard Dent played on one of the best defensive units in NFL history in 1985. They were so good, they didn’t give up a single point in the playoffs until they gave up 10 to the New England Patriots in Super Bowl XX. We are already thinking about the wall of talent this defensive line is built on.White, Dent, Dockett, and Page? This isn’t even a fair fight. 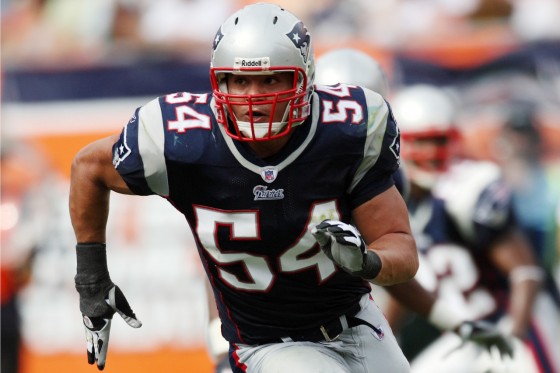 When you think of the name Tedy Bruschi, what is the first thing you think of? Leader. That is what he was for so many years in New England. He led his team into battle and walked away with three Super Bowl rings. He led them to 5 Super Bowls and game within one play of a sixth. He might not have been the best LB to take but he is the one you need for a defense built like this. He is the player that will keep the ship sailing on down the line. 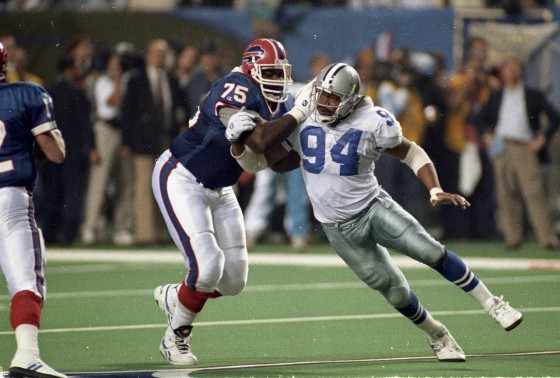 Only one man in the history of the NFL can claim to own five Super Bowl rings, Mr. Charles Haley. This mammoth of a man stood as tall as a giant amongst linebackers and he moved just as quickly. It was difficult to miss Haley but somehow, offenses always seemed to forget he was around. He played linebacker for San Francisco and defensive end for Dallas. Not only can he win, he knows how to play both positions. 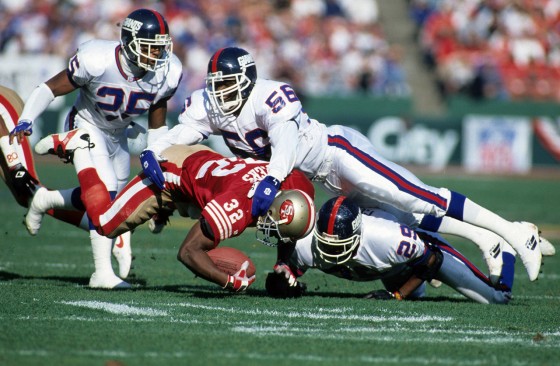 LT had zero sacks in both Super Bowl performances but he did make one of the best stops in Super Bowl history when he tackled John Elway at the goal line during Super Bowl which changed the course of the entire game. From that point on, the Giants went on a 26-0 run and ended up winning 39-20. It was the legendary play all Hall of Fame athletes must concur. 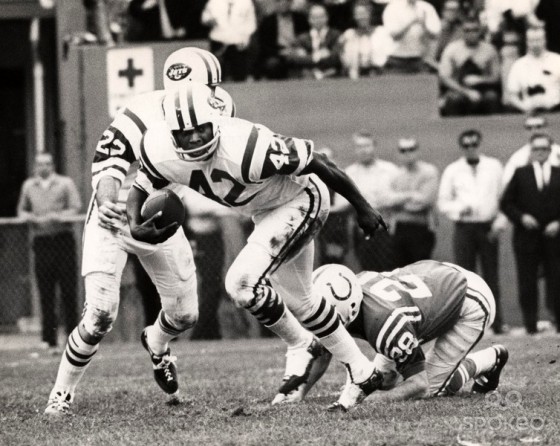 The only people in the world that believed in the New York Jets were the men dressed in the white and green. Everyone remembers that Joe Namath became a legend that day that he guaranteed victory over the Baltimore Colts, even though it was not even supposed to be close. But they all forgot that Randy Beverly had two of the biggest interceptions of his life including one in the 4th quarter off of Johnny Unitas to secure the victory. 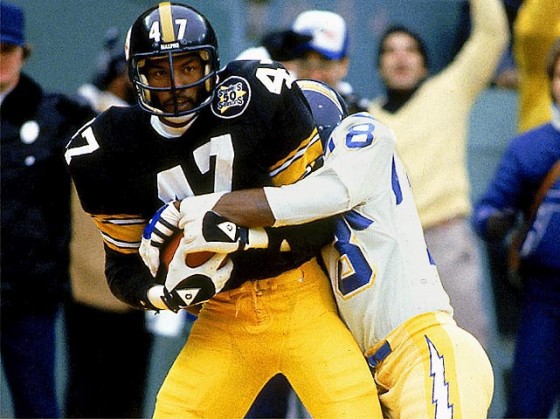 If you think Richard Sherman is tough, maybe you should ask your grandfather about Mel Blount. He was so intimidating to opposing QBs, they didn’t even throw the ball his way. He harassed WR’s so bad, the NFL had to adapt a new rule called, “The Mel Blount Rule” and all it did was make harassment with WRs a penalty. Mel was the first Cornerback in Super Bowl history that scared the opposition. 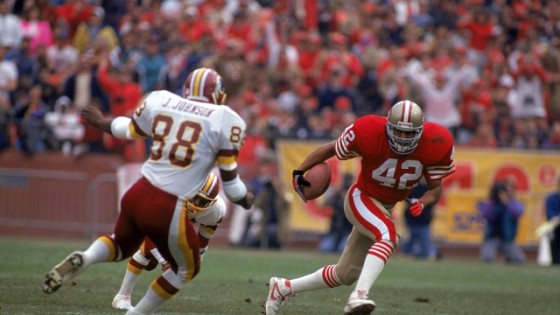 Put this man anywhere on the field and just let him make plays. Ronnie Lott was the guy on the defense that you always had to keep an eye on. He would find ways to make plays, strip the football, and disrupt passes. He was the playmaker for the 49ers defense that dominated the 80’s. You can thank him for beating up on 95% of the NFL in those years too. 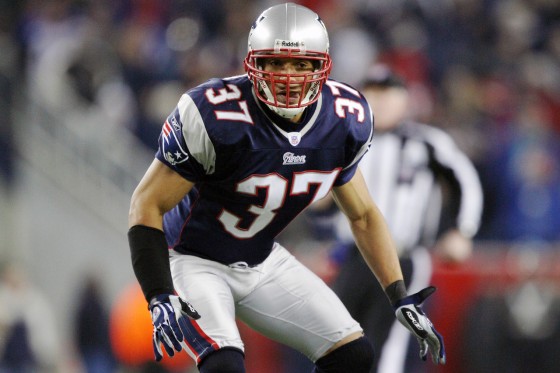 If not for injuries, Rodney Harrison would have been around much longer and possibly won another Super Bowl or two. He was the vocal leader of the New England Patriots dominant secondary that won back to back Super Bowls. 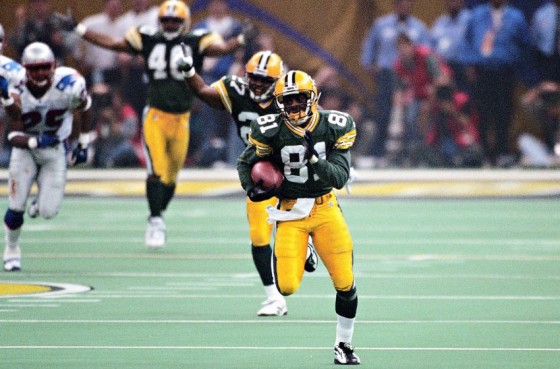 Desmond Howard became the first Special Team player to win the Super Bowl MVP. His speed and ability to elude defenders helped him lock down the Packers victory when he busted open a 99 yard TD run. He finished with 244 total yards, 2nd best in Super Bowl history. 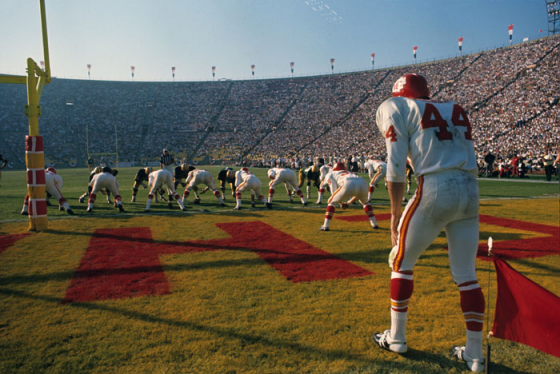 Jerrel Wilson became the first punter in the NFL to prove that punting and special teams is just as important as the offense. He averaged 46.5 yards per punt, a Super Bowl record, and helped the Chiefs win their first ever Super Bowl. 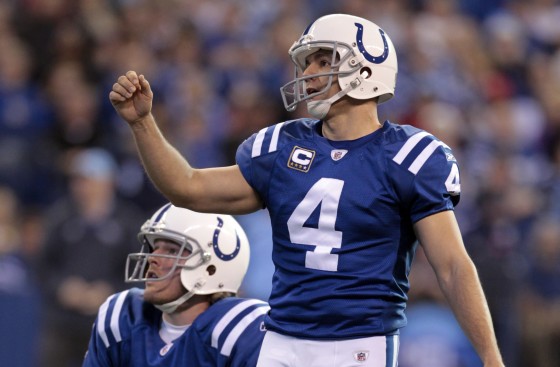 Adam Vinatieri is the only kicker in Super Bowl history to win two different games on a last second field goal of over 40 yards. Neither kick was easy but he nailed it and gave New England two more rings. Without him, can you imagine how NFL history would look like today?