Sports > Olympics > The Greatest Summer Olympians of the 21st Century

The Greatest Summer Olympians of the 21st Century 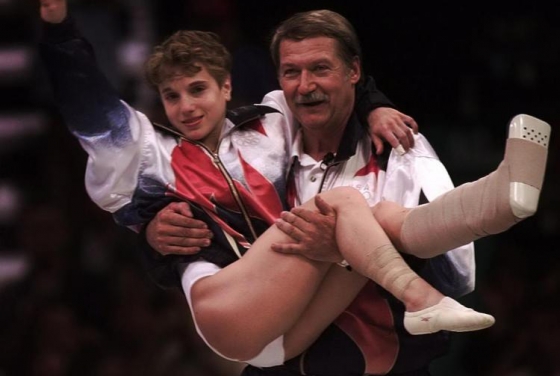 Since 1996, the Summer Olympics have completely changed the way we watch sports in America thanks to one tiny gymnast named Kerri Strug. During the final rotation of the women’s gymnastics team event, Team USA needed just one more vault to secure the Gold medal. However, on her first vault, Keri landed poorly causing her to end up with a 3rd degree lateral sprain and tendon damage. She was in obvious pain and she limped around asking her coach if she needed to go one more time. He told her the team needed her, so she lined up and tried one last time. She landed it and scored an amazing 9.712, on one leg, to secure Team USA’s Gold medal in front of thousands of screaming fans in Atlanta. 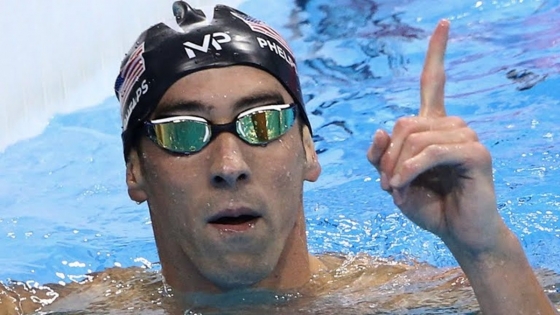 It wasn’t long after that performance that we were introduced to Michael Phelps, the human dolphin, and his world record breaking performances over the past three Olympics. He turned the aquatic center into the must-own ticket of the Olympics. It was harder to get a ticket into the swimming event finals where he was the star, then to get into the World Series. He became the poster child for Olympic champions, winning more Gold medals than anyone else in the history of the games, winter or summer.

Those performances were followed by many others who have made their mark on the Olympics since the year 2000. With the emergence of new technology and more hours of coverage each Olympiad, the Summer Olympics have become the premier event which captures the attention of the World. Let’s take a look at the best Summer Olympians of the 21st Century. 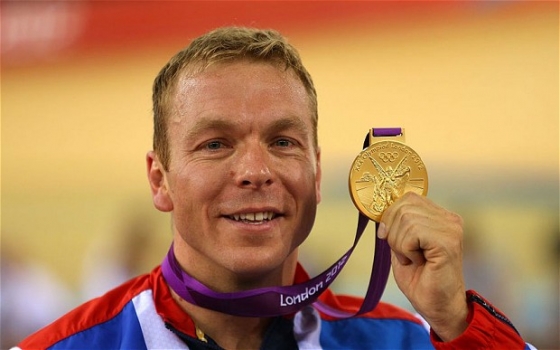 Over the past 16 years, Cycling hasn’t seen one man do as much damage as Chris Hoy. He led Great Britain to consecutive Gold medals in both the Keirin and Team Sprint events. Aside from those four Golds, he won 2 more Golds and a Silver medal. All of this because when he was a kid, he watched E.T. and was inspired to try cycling by one scene from the film. You know the scene. 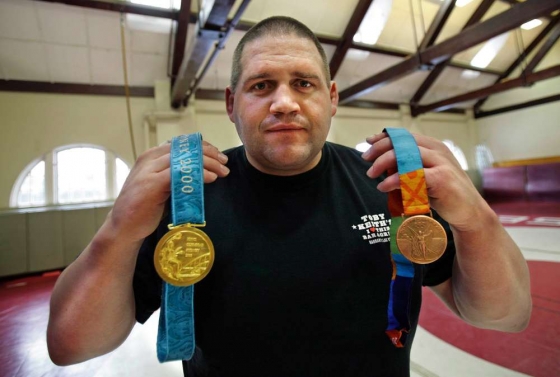 Aleksandr Karelin  headed into the Gold medal match of the 2000 Olympics having not lost an international match in 15 years or even given up a point in 7 years. He won 3 consecutive Olympic Gold medals, 7 straight world titles, and was named the greatest Greco-Roman wrestler of the 20th century. So when Rulon Gardner won the match, it gave hope to all the underdogs of the wrestling world to never give up. 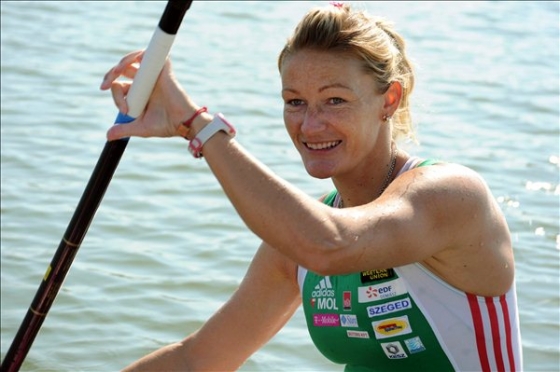 Not many fans stick around to watch Canoeing on television during the Olympics. But who can blame them when NBC airs it at 4 am every night during their Olympic coverage on TV? The thing they missed out on was the Hungarian champion Natasa Douchev-Janics showing fans how to truly ride a kayak. 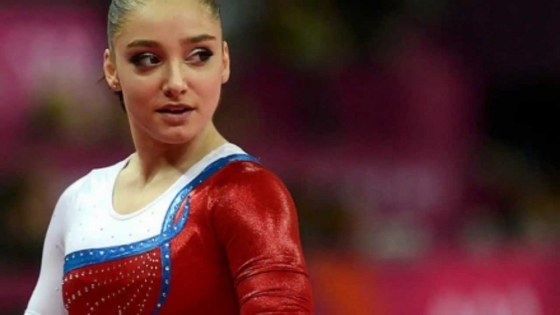 As far as individual performances go, Aliya Mustafina had one of the best for a Russian gymnast during the 2012 London games. Although she only brought home 1 Gold medal, she was the leader of a pretty good Russian team that finished just behind Team USA in the team portion of the competition. She then took on the All-Around, Floor Exercise, Uneven Bars, and Balance Beam where a fall in the balance beam forced her to not place. 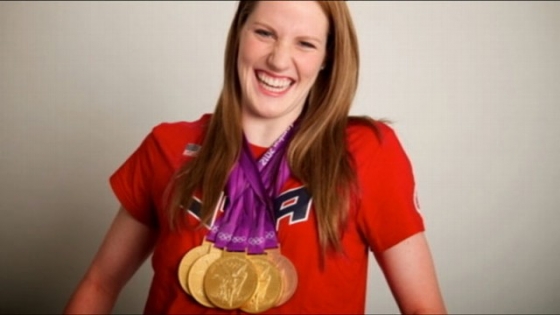 At the age of just 21 years old, the future is full of record breaking chances for Missy Franklin as she took home 4 Gold medals and one Bronze during her first Olympic games. She is scheduled to compete in at least three more events in Rio which can only push her higher on the list. 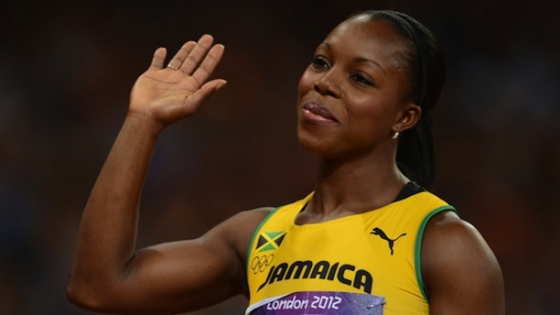 Everyone knows Usain Bolt thanks to his very loud and very big personality. But while they were enjoying watching him completely dominate the sport of sprinting, they weren’t paying attention to Veronica Campbell-Brown who is scheduled to race this year in Rio at the age of 34. If she defends her gold medal in the 200 m race, she would be the second woman over the age of 33 to do so. 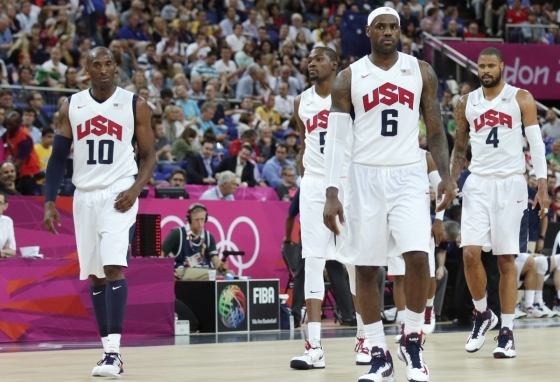 What else can you say except wow? The US men’s basketball team have almost always dominated the Olympics thanks to all the NBA stars choosing to play instead of resting all summer long. The 2012 team featured Lebron James, Kobe Bryant, Chris Paul, Carmelo Anthony, Kevin Durant, and Anthony Davis and they steamrolled the competition. 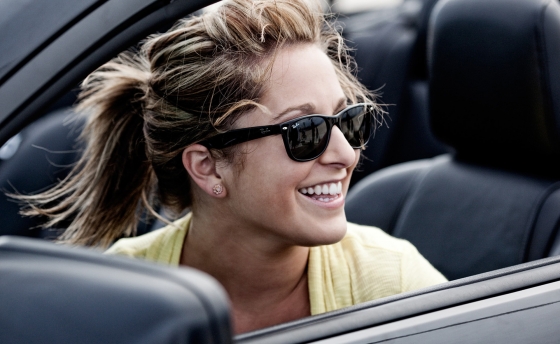 Before Gabby Douglas and Nastia Liukin, winning a Gold medal in the women’s individual All-Around was not something Americans were use to seeing. So when Carly Patterson won in 2004, she became the second US gymnast to win the Gold in the event. The only other woman was Mary Lou Retton in 1984. 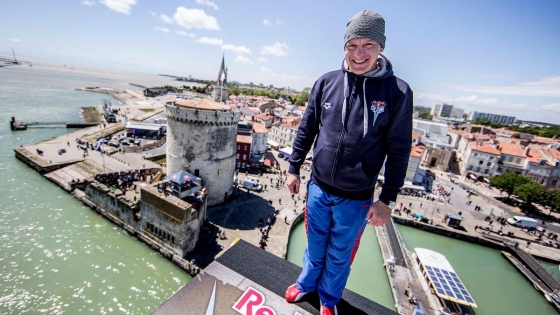 Since 1992, Dmitry Sautin has been winning Olympic medals for diving. The Russian Olympian can do it all too. He won medals in all four of the diving events. He can dive from 3 meters or 10 meters, to him, it doesn’t matter. He can do it all. 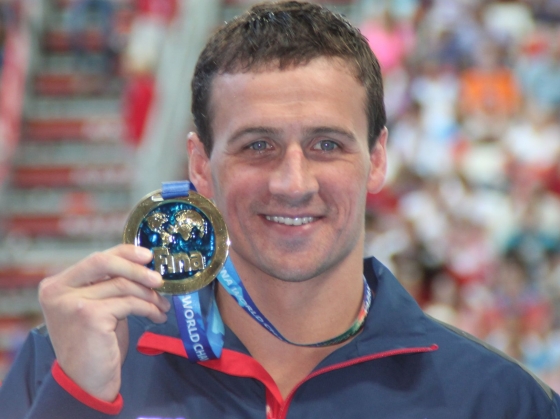 Normally, 12 Olympic medals (6 Gold) would be worthy of a top five pick in a ranking system like this one. However, Ryan Lochte could have done more. His laid back, lazy, and completely ridiculous personality made him a joke of a person, regardless of what he did in the water. If he wasn’t such a joke, and tried a little harder, he would be much closer to Michael Phelps record-breaking 22 medals. 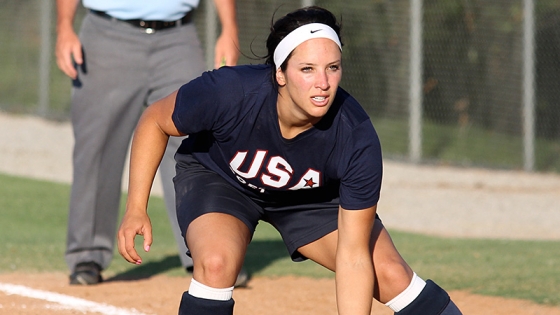 During the 2004 Summer Olympics, the USA softball team took domination to a whole new level. They won all eight of their first eight games in the tournament without giving up a run and allowing only 15 hits. They outscored opponents 46-0 during those games, a feat that is going to be tough to rival, in any sport. The only run they gave up came in the Top of the 6th inning during the Gold medal game. It was so brutal that the sport was removed from the Olympics for the time being. 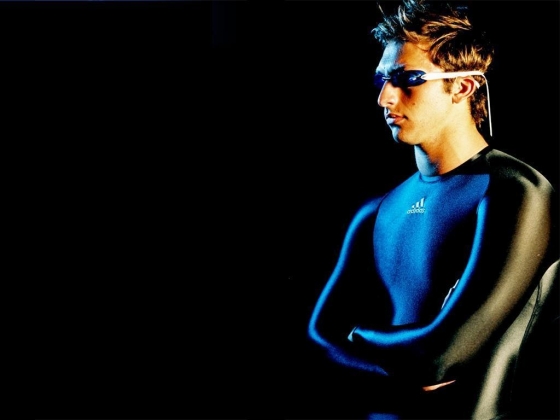 At just 17 years old, and in front of his home country of Australia, Ian Thorpe won 3 Gold and 2 Silver medals. It was incredible to watch the crowds lose their minds as the teenager broke the World Record in the 400 m freestyle and then help Australia win two more Golds in the relays. He returned in 2004 to win four more medals, 2 of which were Gold. 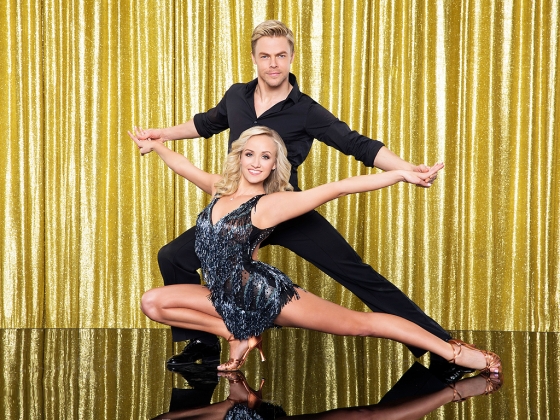 It only took Nastia Liukin one Olympic games to win 5 medals, tying the record for most medals won by an American gymnast in one Olympic games. She helped the team win a Silver medal just falling a few points behind China. She saved her best performance though, for the individual All-Around where she became the second consecutive woman to win the Gold since Mary Lou Retton’s amazing run in 1984. 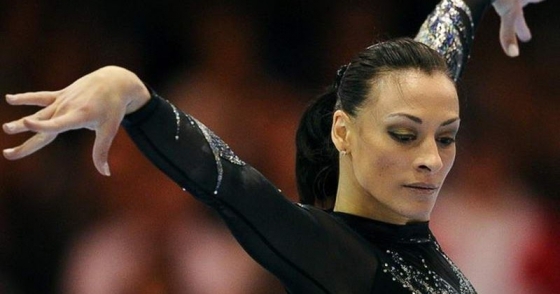 After retiring in 2007, following a string of injuries, Cataline Ponor made an epic return to the Olympics during the 2012 Olympics where she won two more medals. At 24 years young, she was already considered too old for the Olympics but she overcame the negativity and placed in two events.

Dominating a sport is one thing when you are young and at the height of your sports career like in 1984 and 1988 when Dara Torres was a young fresh-faced female swimmer winning golds in Los Angeles and Seoul. But when you win 5 medals (2 Gold) at the age of 33, then 3 more at the age of 41, that intself is impressive to say the least. No one has come close to winning that many medals in swimming after turning 30. She is the only one. 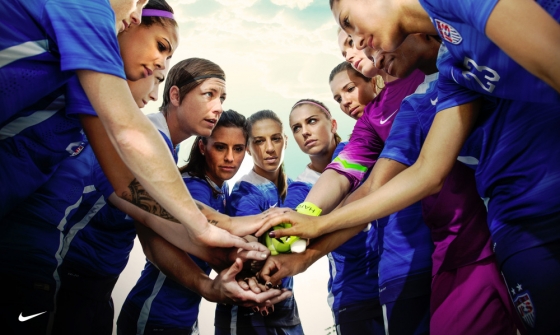 After a disappointing second place finish in 2000, the US women’s soccer team began rebuilding and turning that disappointing finish into motivation and after a rebuilding 2001 season, it did not take them very long to take over the sport. Besides winning 264 games in their 327 matches since the 2002 season, they also head to Rio with an amazing 16-1-1 record over the past three Olympic games having outscored their opponents 40-15 and 8 shutouts. 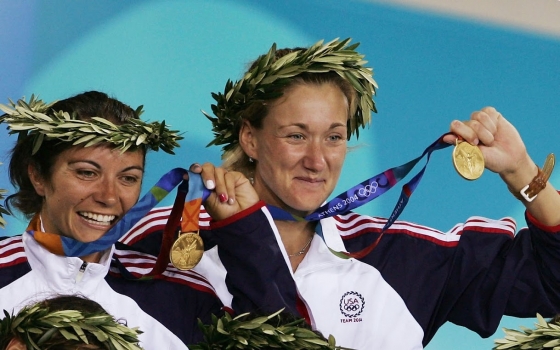 The duo of Kerri Walsh and Misty May-Treanor came to an end after they won their 3rd consecutive Olympic Gold medal in 2012. After Kerri Walsh competed for Women’s Volleyball in 2000, she moved over to team up with May-Treanor and it was the best decison of her career. During their amazing run, they gave up only one set. They lost one set out of 43 leaving them with an unreal 42-1 set record along the way. Misty retired shortly after the 2012 games but Kerri Walsh returns for a shot at a fourth Olympic Gold medal. 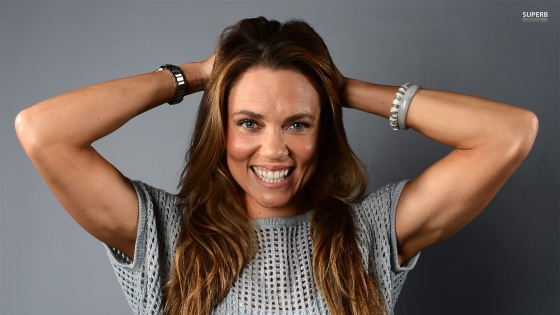 Without Michael Phelps dominating the aquatic centers over the past few Olympics, then people would have noticed what Natalie Coughlin was doing for all women in the sport. She quietly won 12 total medals over three separate Olympic games becoming a role model and the face for female Olympic swimmers. 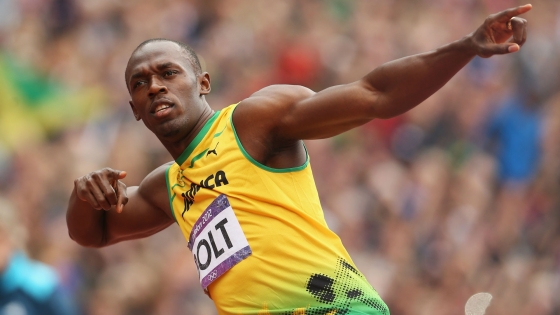 Usain Bolt is back in 2016 to defend his titles in the 100 m, 200 m, and 4×100 m relay where he has won the Olympic Gold medal in all three events over the past two Olympics. He made it look easy eight years ago when he was 21 years old but he will have to work hard to win another three golds this year as the competition has tightened up. 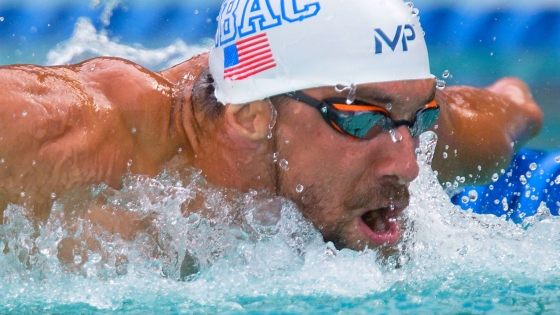 As if there is any doubt as to who is the greatest Olympian of all-time at this point. It seems as though Michael Phelps has locked up the title but he isn’t finished. He came out of retirement two years ago to give this thing another try to not only did he qualify for the Olympics, he has a chance to potentially win 6 more medals practically putting his Olympic medal total to 28, a nearly impossible record to break.