The Greatest Toys From 1992

So what’s so amazing about 1992? Well, it was twenty years ago, for one thing. Twenty years seems to be a magic number for a lot of reasons: it’s a double decade, it’s just about long enough between ten and fifty for things to have come into popularity and to have faded into obscurity, and it was twenty years ago this past May that I graduated from high school… and I didn’t even play with toys then. Much.

Anyway, lots of kids did, and I honestly don’t remember very many from that particular year since it was then that I really discovered the three biggest things for an 18-year old: alcohol, pot, and college. Girls would come and go… sadly. After graduation, beer and booze were on the menu and the prospect of college was on the horizon, but toys were back-burnered for quite some time. So, let’s figure out what constituted a great toy from twenty years ago. 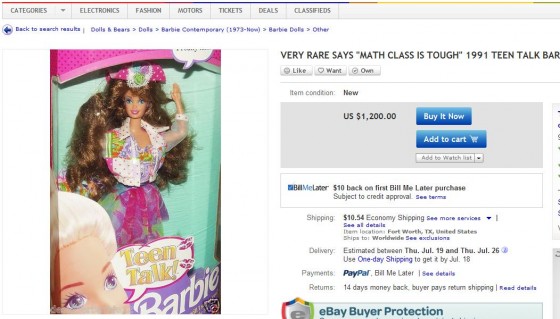 So what was the big deal with this particular Barbie? Well, let's let Wikipedia fill us in:

"In July 1992, Mattel released Teen Talk Barbie, which spoke a number of phrases including "Will we ever have enough clothes?", "I love shopping!", and "Wanna have a pizza party?" Each doll was programmed to say four out of 270 possible phrases, so that no two dolls were likely to be the same. One of these 270 phrases was "Math class is tough!" (often misquoted as "Math is hard"). Although only about 1.5% of all the dolls sold said the phrase, it led to criticism from the American Association of University Women. In October 1992 Mattel announced that Teen Talk Barbie would no longer say the phrase, and offered a swap to anyone who owned a doll that did."

And there you have it. When a doll that has literally become ensconced in American history and Pop-Culture just happens to think that 'math class is tough!' (just like nearly every human ever), the nation gasps in terror. See? Speak the truth and become a martyr. It's pretty much the mantra of America.

If you want to know an awful lot about the Incredible Crash Test Dummies line of toys -and who wouldn't- click on that link and you'll see just how and why these things became so damn popular. I never really understood the appeal, and thus never owned any (even before I was 18) but I guess if you wanted to cause accidents and watch anthropomorphic mannequin's heads pop off... well, these were your joint. 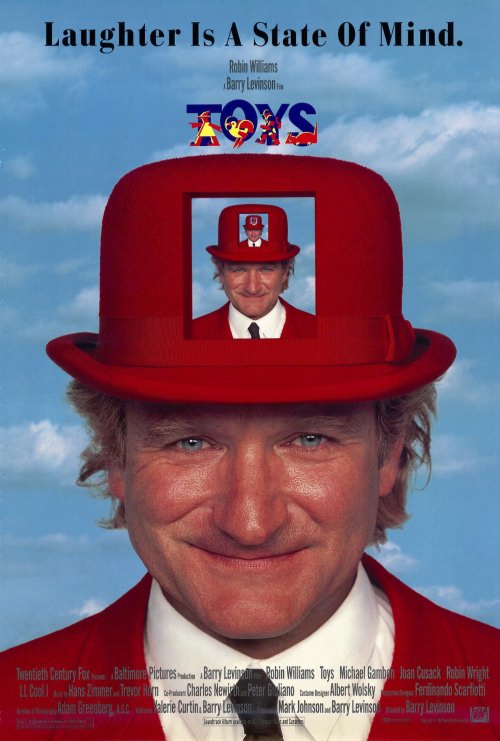 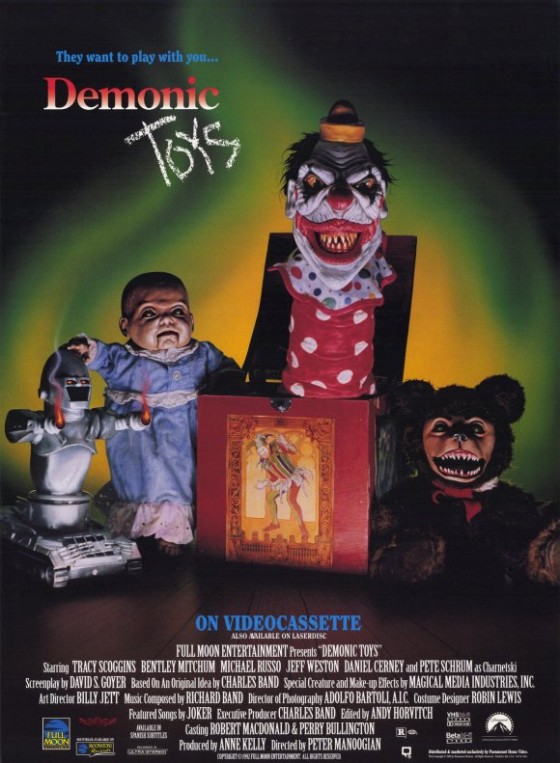 Just for fun I included the two films released that year that featured 'Toys' in the titles. The Robin Williams one didn't fare too well, if I remember, and 'Demonic Toys' went straight to video, as was the norm with Full Moon's stuff. Of the two, I must admit, I'll take killer puppets over annoying Williams any day. 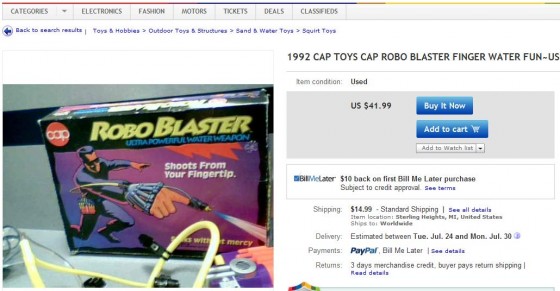 Right around the time that Super Soakers were really coming into their own, CAP Toys released something called the RoboBlaster 'Ultra Powerful Water Weapon' to mixed success. Basically it allowed you to keep a small tank of water attached to your leg or arm and with pump action, spew water out of your finger tip. Sadly, they didn't catch on like Super Soakers, and quickly became a rare and hot commodity.

It's safe to say that the resurgence of Batman from his campy and goofy 60's exploits to the epitome of The Dark Knight had an awful lot to do with Tim Burton. When Batman was released in 1988 to huge reviews and returns, it was in the cards that a sequel be released soon after, and the merchandise only followed in its blockbuster footsteps. Batman Returns toys were far better than their predecessors, and you even got two really great villains! Also, oddly, Robin, who wouldn't make his ill-fated debut till parts 3 and 4 of the 'nipple suit' years. Ech... 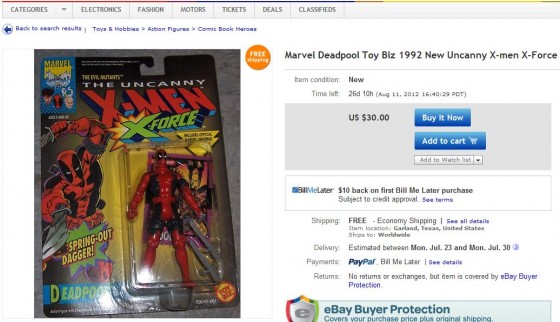 Another hugely popular series of action figures was the 'X'-line from Toy Biz. Yeah, they eventually did all the Marvel line, but it was the X-Men, X-Factor, and X-Force series that really took off. I will honestly admit to have a few of these that I picked up at the Chicago ComiCon that year and had signed by the Toy Biz panel that was in attendance. But, like every other cool thing I used to own, I sold them for far less than they were worth both then and now. Stupid, stupid... 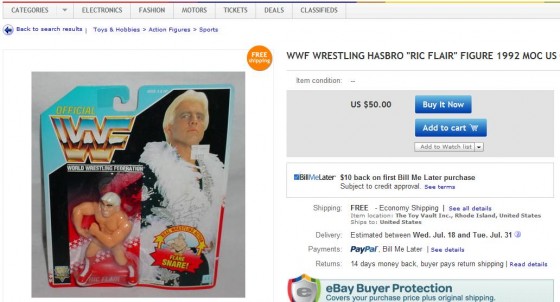 Pre-WWE wrestling had come into popularity in the early 80's with the introduction of Hulk Hogan and Andre the Giant. Toys began production shortly there after, mostly made by the LJN company. However, after they were bought out and ceased their toy lines on the late 80's, Mattel took the reigns and made pretty much the same characters for years. Here we have a Ric Flair, who looked every bit the bloated goof even back then that he does now! WOOOO! 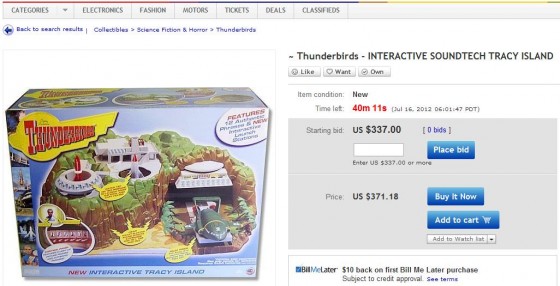 Since I know absolutely nothing about this toy, and only watched the show a handful of times, here's the Wikipedia entry as to why this toy became so incredibly popular:

"A re-run of the show (The Thunderbirds) on BBC2 in 1992 led to a shortage of Tracy Island models in the run-up to Christmas. it became headline news and the example cited as the archetypal mistake to be avoided for the whole toy industry every Christmas since. At the time the British children's programme Blue Peter responded by demonstrating how to build a home-made version. The BBC was then, in its turn, overwhelmed by requests for copies of the instructions for making the model."

I read that and I still don't get it. Oh well, at least in answers the question as to why its eBay listing is so high. Go out and get one of your very own! 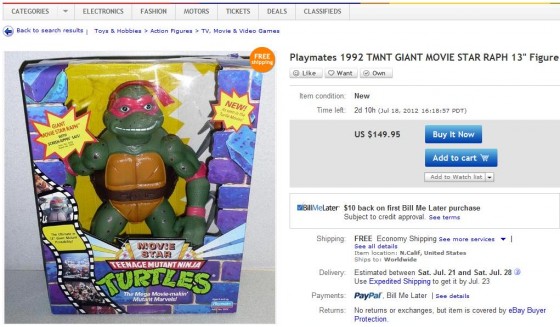 There's no denying the appeal of Teenage Mutant Ninja Turtles. Amazingly pose-able action figures, a great cartoon, and a few decent flicks... all because of a once adult-oriented black and white comic book. Ya gotta love stories like that. Also this giant Turtle is a little creepy looking. 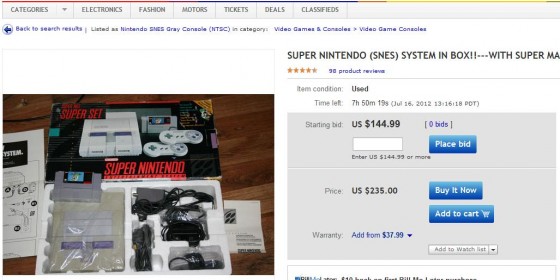 And here we have it: the greatest toy of 1992! Something every kid wanted, and after the colossal success of its predecessor, who could blame them? In my humble opinion, the SNES was -and still is- the greatest system ever made by anyone. It had a virtual library of games, so many of which became classics, and it managed to outdo the NES in every facet. Fortunately, many used game shops sell them for relatively cheap. Well, the systems, anyway. Some of the games can run you into the hundreds of dollars. Let's play Super Castlevania!