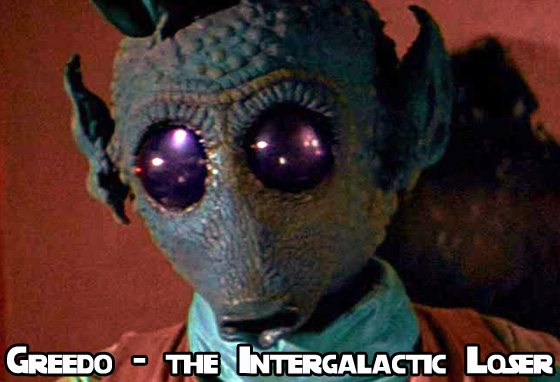 You need to have a certain mentality to be a bounty hunter, but there’s one thing you can’t be: A natural born loser. You know, the type of guy in high school who pushed around the nerds, only to get punched in the face by the president of the science club. In Star Wars, Greedo fits this description. Han Solo, who Greedo is tracking for Jabba the Hutt, thinks very little of this reptilian humanoid and blasts him (nevermind the ‘Han shot first‘ debacle that George Lucas created, although Greedo missing at such short range really fits the ‘loser’ character description). And like all Star Wars characters, Greedo has a backstory, which you can read all about on Wookipedia.

Greedo has a cult following, which to me makes as much sense as Paulie Gatto from The Godfather having a cult following. Greedo’s scene in Star Wars isn’t long, but it’s well-known. Let’s watch some parodies, all made from Gunaxin’s favorite universe, Lego.

The Greedo Show (kinda lame but the guy meant well) 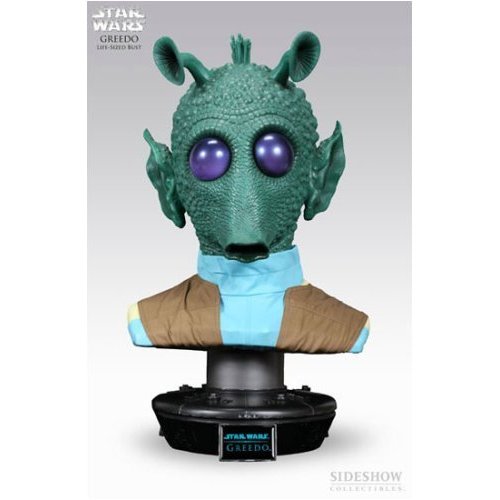 This bust is 22 inches high and weighs 35 pounds. The detail is superb but I can’t imagine anyone would want it for anything other than target practice. 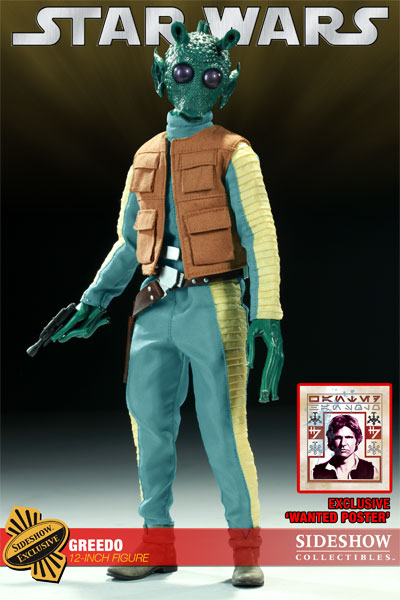 Here’s a highly-detailed Greedo statue that is more affordable than the bust. 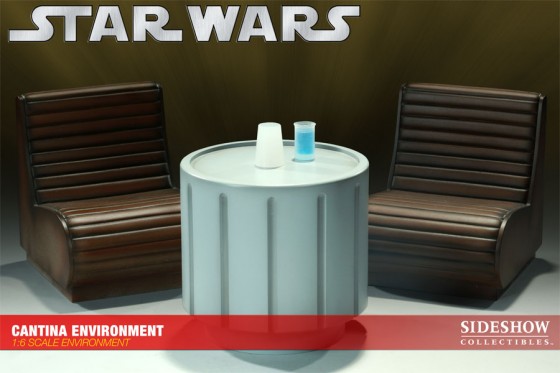 And of course, if you get Greedo, you’ll also need to get the Mos Eisley Cantina booth where he hangs out. 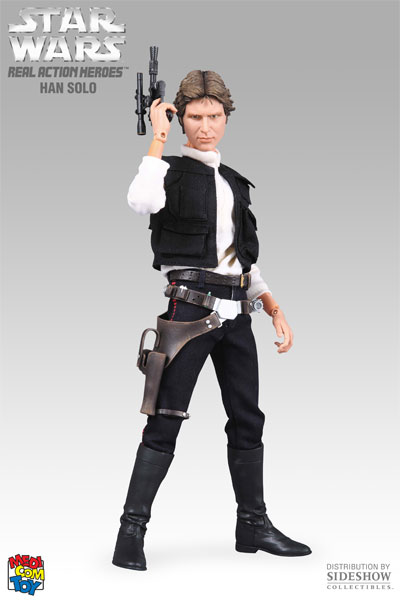 And if you get Greedo and the Mos Eisley Cantina booth, you obviously need to get Han. Then, you can recreate the entire scene (although the figures below are different than the ones above):

There are countless Greedo figures available, far more than there should be, but take a look and get yourself one now that you’ve already read this far. Who knows? Maybe you’ll become just like this guy: