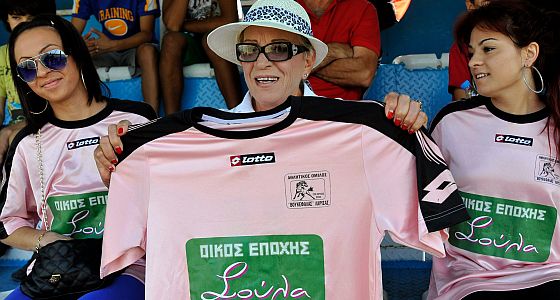 With the global economic crisis taking its toll on sports franchises teams have begun to look for new sources of revenue. Both the NHL and NBA have considered adding advertising to team uniforms. While ownership hasn’t been able to agree on the rules governing them yet, the change is considered inevitable. 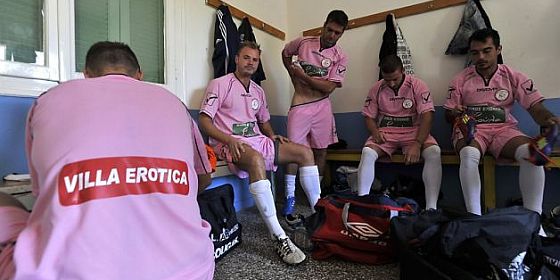 While sponsor advertising on jerseys isn’t common in the U.S., outside of NASCAR, it has long been a tradition in international soccer, where team kits are often festooned with ads for cell phones, banks and airlines. A Greek football club, Voukefalas, has turned to a far more vital business as a sponsor, the local bordellos. With new pink practice jerseys (they have been banned from wearing them in games) sporting a “Villa Erotica” logo the team has become the talk of amateur soccer. In a reversal of standard roles madam Soula Alevridou is paying the athletes to get them to perform. 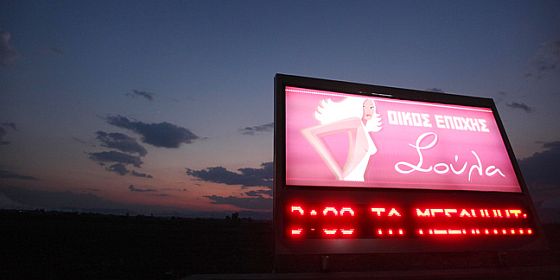 We can’t help but wonder what incentives are on the table for Voukefalas players if they have good games. While Alevridou has offered the players “Special Time” if they win, we would live to see the breakdown of what specific on-field accomplishments get them. If the brothels are as good as advertised the incentives might be enough to get University of Miami booster Nevin Shapiro to blush.