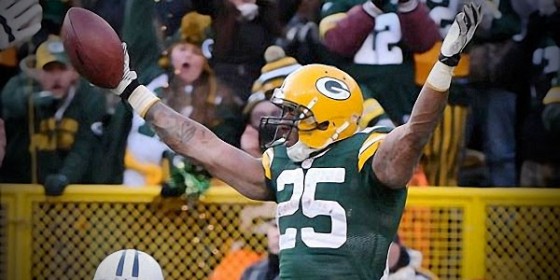 We’ve seen plenty of movie trailers style videos for NFL teams, but this new “Dark Knight” inspired Packers video might be our favorite. While the clips don’t fit perfectly with the dialogue, we love the use of Adrian Peterson in the role of Bane. Much like Batman’s villainous rival, ADP has brought nothing but destruction and chaos down on his opponents thus far this season. Honestly though, we think Peterson is better suited for the Batman role. Surrounded by enemies, with a weak supporting cast, recovering from a possible career ending injury, ADP matched the hero’s story from the hit movie. He even matched Christian Bale’s climb out of the pits of the earth (Minnesota) to return to secure his place in history.

This isn’t the first time that the Packers have been associated with superheroes, we cast Clay Matthews at Thor in our “Avengers” cast this past spring.