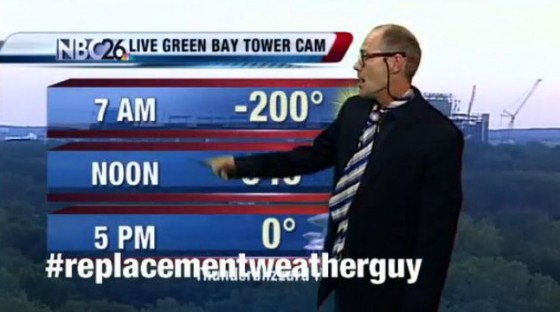 I guess those replacement refs the NFL hired aren’t working out too well. You mean a Walmart greeter doesn’t know the difference between offensive and defensive pass interference? Go figure. Anyway, the Monday night debacle that cost the Packers a victory has gone viral. Incompetent replacement officials are all the rage. One local Green Bay NBC affiliate poked fun at the controversy by marching out a “replacement weatherman.” Clever. I guarantee the parties involved were high-fiving for devising such a rambunctious stunt. Local news is awesome!