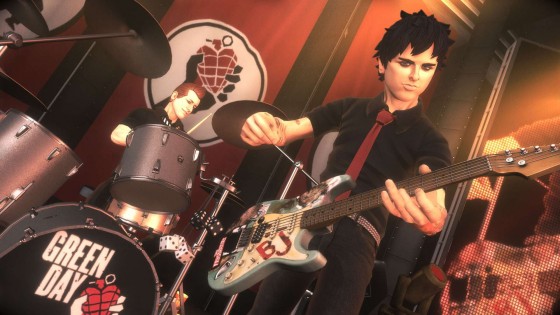 The next version of the Rock Band franchise is due out in the beginning of June, and this time they are focusing on the punk rock group, Green Day. Now we fully support this choice of bands, and think it will be a fairly strong seller, but feel they are leaving some key stuff out of the game. So here are some of our suggestions of what should have been included in Green Day Rock Band.

Woodstock  ’94
In 1994,  Green Day played through a pelting of mud at the rain soaked event.  About halfway through their song ‘Paper Lanterns‘, Billie Joe started flinging mud back at the crowd in what started out as good fun.  However, it ends with Billie Joe taunting the crowd and calling them idiots, which leads to the band stopping their set and the crowd rushing the stage. In the fracas, a bouncer mistook bassist Mike Dirnt for a fan and tackled him and punched him in the face.  Several missing teeth and millions of people watching live on television further catapulted the band into the mainstream.

The developers of Rock Band apparently had too hard of a time recreating the daytime concert setting to include it in the game.  I think a mud-slinging mini game could have been awesome, either aiming for members of the band, the crowd, or trying to protect Mike by keeping the bouncer at bay with the mud. 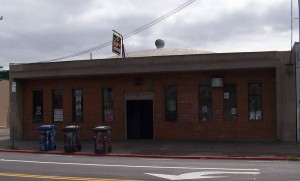 The legendary DIY punk rock venue in the Bay area started in 1986 and still exists today, keeping true to their roots of promoting only bands that are not affiliated with major labels and sticking to their all-ages, no alcohol, drugs or violence credo.  Green Day were a mainstay at the club in their early days and the venue is also known as an early proving ground for bands like Rancid, NOFX and AFI.

In the game, The Warehouse venue represents the bands early days of playing places like Gilman and other house parties and D.I.Y. shows, but including Gilman would have been a nice nod, especially since the club is now in danger of shutting down thanks to a massive recent rent hike.  It is rumored that the song ‘Good Riddance (Time Of Your Life)‘ is aimed at Gilman, due to the fact that they weren’t allowed to play there anymore once they signed to a major label, although they jumped up and played unbeknownst to management at a show in 2001. 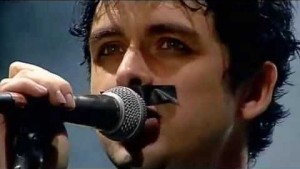 Green Day are known for loving their covers both on record and especially live. They’ve covered everything from the Ramones to Black Sabbath to Monty Python, but these are the staples that would’ve been awesome as playable in-game tracks.

There are quite a few really good songs, especially from their first two albums and that aren’t in the game.  If you’re not familiar with them, go download these now.

Green Day have a penchant for being in several fake bands and side projects, which sometimes even open for Green Day.  Could have been cool to unlock them as playable characters and maybe a song each from Foxboro Hot Tubs, The Network or Pinhead Gunpowder.

How about a little unlockable action that would allow us to play as the Simpsons Movie version of Green Day, performing The Simpsons theme song on a sinking barge?

Content sponsored by Walmart Gamecenter and Axe Twist. Check out the Green Day Rock Band page over at Gamecenter for an exclusive video about this exciting new game.