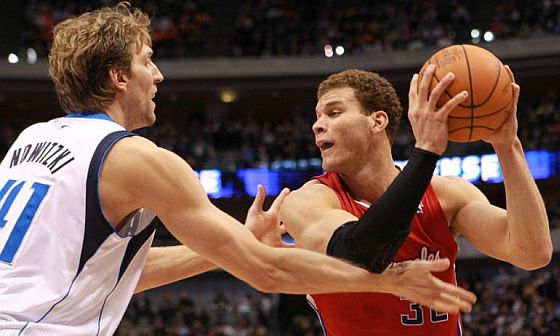 With less than a second to go in a tied game against the Mavs, the Clippers Blake Griffin nearly came up big.

Following a full court lob by teammate Matt Barnes, Griffin managed one of the most incredible shots we’ve ever seen. While falling backwards, and with his back to the offensive end, Griffin threw up a twisting bank shot off the glass for what would have been a game winning shot. The only problem for the Clippers and Griffin is that he was called for the offensive foul for pushing off against the Maverick’s Dirk Nowitzki.

The foul gave Dallas a shot at their own last minute heroics in the game, which was tied 97-97 late. They failed to complete a miracle basket of their own, but went on to win 109-102 in overtime to remain a game back of the Lakers in the chase for the Western Conference’s last playoff berth.