Media > Movies > Guardiana of the Galaxy

Guardiana of the Galaxy 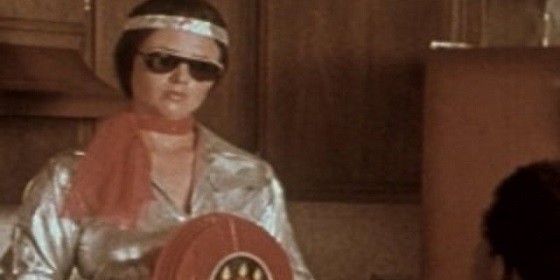 Prior to the production on their recent hit movie, the Guardians of the Galaxy were probably best known as being that superhero group less famous than the Justice League or The Avengers. But that’s certainly not a bad thing: It was nice to watch a superhero movie where not every character was completely familiar and the introduction or each new character felt like a fresh meeting. So in the hope of capturing that feeling again, Gunaxin proposes making a film adaptation of 1974’s Guardiana (a.k.a. “Safety Woman”) the cheesiest, weirdest superhero no one has ever heard of but who somehow had a movie series that lasted for four years.

Guardiana was originally mild-mannered freelance architect and volunteer crossing guard Karen Kingsley (played by Susan Valdes in her only credited role on IMDb, which makes sense as there was nowhere to go from safety films but down.) 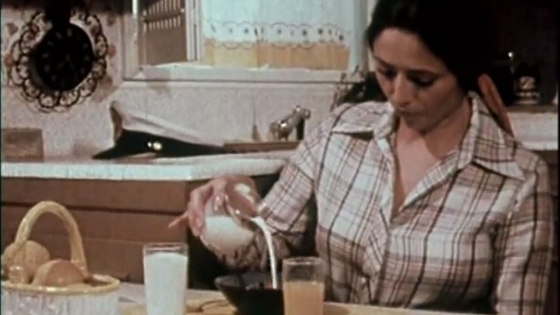 Eat Your Heart Out, Lynda Carter!

Then one fateful night driving home she encountered some aliens with unbelievably annoying chipmunk voices which gave her a plastic ring, trash lid, pepper grinder, and a mylar jumpsuit. Thus a superhero was born (as opposed to merely a volunteer safety worker, which of course just aren’t as good as superheros.) 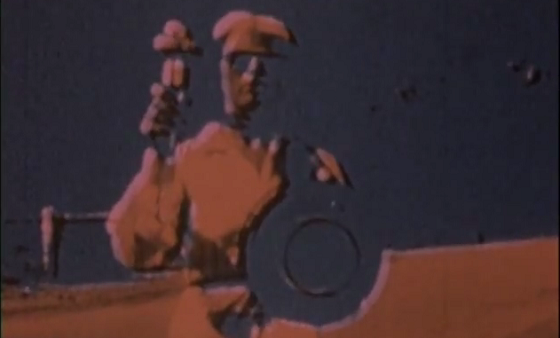 Alien encounters are consistently reported to involve everything turning brown.

Rather than making any attempt at being a cool superhero all the kids will love, immediately after she teleports somewhere and save the day in seconds, Guardiana then begins sternly berating the kids. Obviously Guardiana wasn’t about to crack wise about gun safety or bring down major criminal syndicates with fist fights, but Valdes plays Guardiana like she’s closer to a drill instructor. 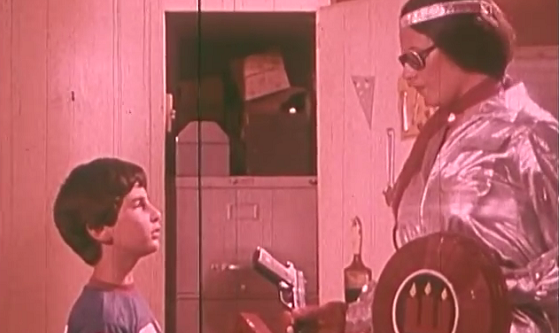 Now I want you to be safe with this gun! Also, give it a name and sleep with it, Maggot!

The weirdest thing about the films is that Susan Valdes is actually much friendlier and more pleasant when she plays Guardiana’s secret identity than when she gets in costume. In fact Karen Kingsley preaches the gospel of safety just as much as her alter ego. Perhaps the prickly attitude is Guardiana’s equivalent of the infamous Batman voice from The Dark Knight. Probably more likely is that being an immensely powered superhero that has to do safety lectures in a broiling jumpsuit probably has made her grumpy enough to consider the kids her true nemeses.

But best of all, Marvel Studios, is that Guardiana is safely in the public domain and thus there’s no concerns of bothersome licensing or residuals. But if that’s all out of the question, at least we have the Rifftrax versions of both her Harm Hides at Home and In Danger Out of Doors movies.