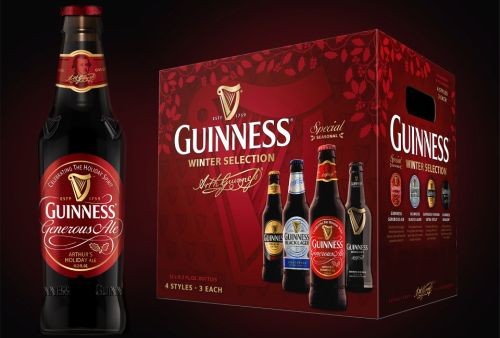 If there’s one really great gift idea for me for Christmas, beer is most definitely it. I love good beer, and I love good beer from great brewers. Guinness is one of the world’s finest brewers and when I was made the recipient of the brand new Winter Selection Variety Pack, I was more than just intrigued; I was salivating.

Though a great many brewers make seasonal-and otherwise mix packs, it takes the great brewer, Guinness, to really pique my attention. And this year was a special release because a brand new beer style was released in this pack, exclusively!

Available only for the holiday season, Guinness Generous Ale is actually included in Guinness’ first-ever Winter Selection variety pack—comes with Guinness Draught, Guinness Foreign Extra Stout and Guinness Black Lager as well. It’s definitely perfect to have on-hand at the house or to take to an annual gathering with beer-loving friends.

Alright, now I’m just plain geeked. Let’s begin the tour, shall we? I’ve included links to the beers in the Winter Selection that I’ve previously reviewed. 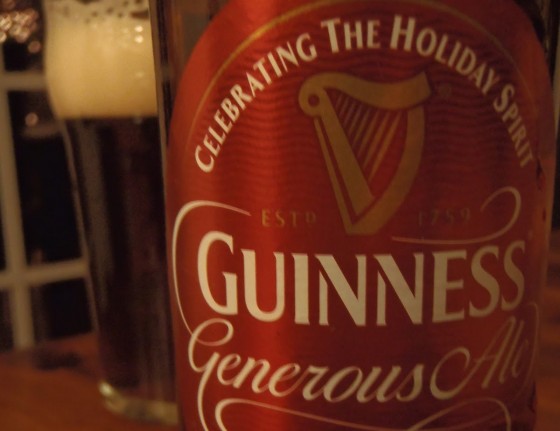 Here it is, folks! The exclusive Guinness Generous Ale! Imagine, if you will, a room full of freshly poured Guinness Stouts sitting gloriously on tables. When, off in the distance, you see a deep golden ray of light. What is that? It certainly doesn’t look like a traditional dark Guinness beer (including the recent Black Lager), but it looks very nice, indeed.

It pours, as stated, a very deep amber-brown, with a heady, rich crown. The malty nose practically explodes from the brew and brings hints of a Holiday nuttiness and an abundant aroma of Christmas fruits and a tang that only the Yuletide can bring. It has a slightly creamy mouthfeel that’s not as heavy as Guinness’ traditional fare, and follows with a nice, slightly bitter, hoppy finish. It’s a rare gem, indeed, and made all the better with the classic Guinness name attached. 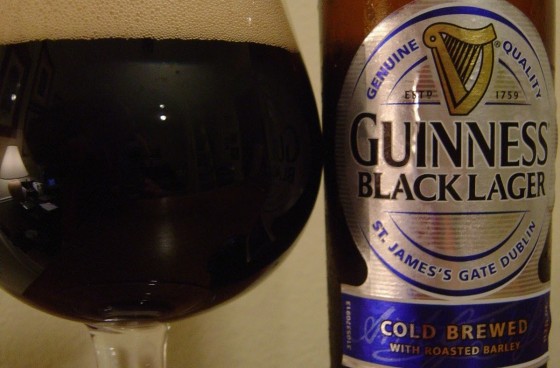 “At a cool 4.5 percent alcohol by volume, it isn’t nearly as heavy as the name makes it sound. It possesses a faint aroma and you can just barely smell delicious roasted barley, but little else. Nearly black in color, it offers a tan, almost brown head. The taste is very light as it starts out with a roasted flavor and finished with a slightly yeasty notes. Quite tasty.” 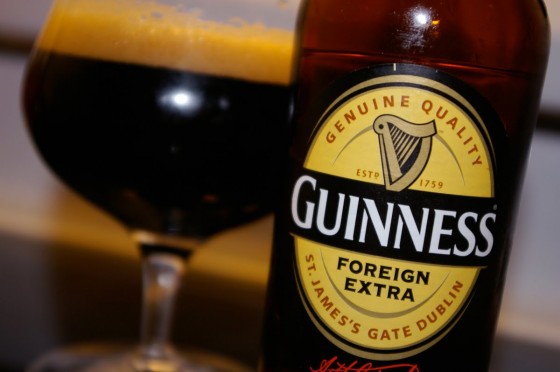 “The appearance is a strong deep brown color. The brew has a rich and deep sweetness to it due to the malted barley. There is a strong caramel coffee taste as well that you can pick up on the aroma from it.“

Guinness Foreign Extra is one of their finest selections and will definitely leave you longing for more. 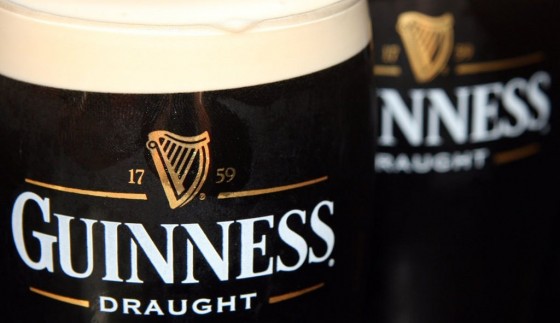 This is the classic from Guinness, and if you’ve had a pint, chances are pretty good this is the one you’ve had. Since the introduction of Guinness Draught in 1959, the patience and effort that went into pouring a proper Guinness has become much easier. Previously, it was a daunting task at best. But now, drawing a pint -or better yet having one drawn- is one of life’s great pleasures. The taste is so unique, so special, that a mix pack without it from Guinness would be sorely lacking, indeed. 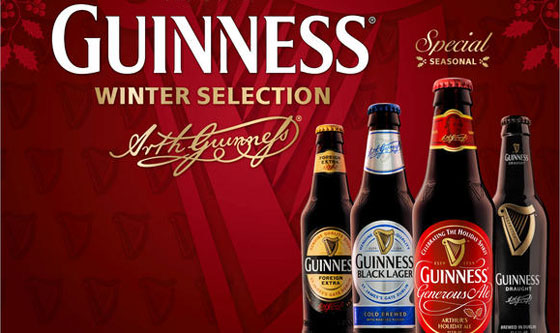 As a whole, this thing was equal to if not greater than the sum of its parts. It’s very hard to go wrong with Guinness, and they went very right with this Holiday offering. All of the samples played incredibly well with each other, and each one finished made me want to drink another. Guinness has hit it out of the park.