Sports > Other > Gunaxin in Vegas for Blog World Expo 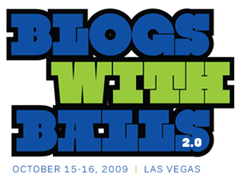 Blogs with Balls 2.0 will be held on October 15th and 16th in Las Vegas, Nevada, and Gunaxin will be in the house. The event will be held in conjunction with Blog World Expo, and is the second in a “series of regional social sports blogger and new media gatherings featuring speakers and panelists specifically focused on sports fans, writers, sites, teams, athletes and companies; and their ability to maximize new media outlets for promotion and advancement.” We attended the first one in New York, and it was great, so we couldn’t miss the Vegas version. Here is a bit of a sampling of what to expect (NSFW):

ESPN has sponsored the tickets for Blogs with Balls, knocking the price down to just $100. So if you can get to Vegas, you can get in the door for two days of panels and networking for a very reasonable rate. Included in that is also an after party on Thursday night at the ESPN Zone. So if you haven’t done so already, definitely get your tickets now.

As part of the event, there will be a Charity Poker Tournament held to raise money for Ante up for Africa. The poker tourney will include both poker pros (Annie Duke, Joe Sebok, James Van Alstyne, Jen Harman, Marco Traniello, Jeff Madsen, Karina & Chip Jett, Layne Flack), and some of the biggest sports bloggers in the country (from ESPN, Fox Sports, Yahoo, AOL, Sports Illustrated, Gawker Media, Yardbarker, SB Nation), and us. The event is being coordinated by Dan Levy of On the DL Podcast, is made possible by Carbon Poker, and should be a fabulous conclusion to a great conference. 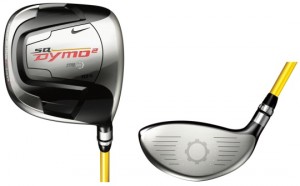 In order to raise the stakes a bit on the Poker Tournament, we will be donating a Nike SQ DYMO STR8-FIT Driver as a knock-out prize. So yeah, that’s essentially a bounty on my head. Knock me out of the tournament, and you’ll fly home with a $300 driver. There will be many other great prizes, and networking opportunities as well. Not bad for a $60 charity donation buy-in.

Hopefully you already are registered for Blog World Expo and Blogs with Balls, but if not, you have all the more reason to do so now. If you will be in Vegas next week for any of the events, please let us know in the comments. We would love to see you there.