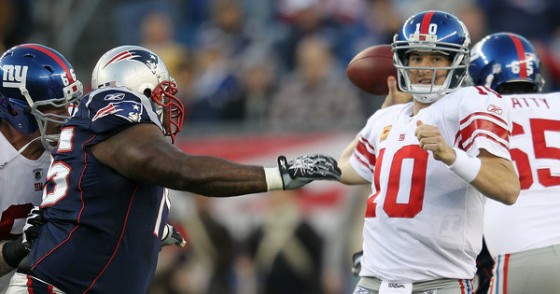 The 2011 NFL season is in the rearview mirror. Congratulations to the Giants on winning Super Bowl XLVI. They earned it… we guess. Before we look ahead to next year, let’s take time to reflect on what made the last six months of football memorable and forgettable. And what better way to do this than hand out some hardware, or what we like to call Gunaxins.

The Gunaxins recognize the best and worst, but not in a traditional sense. Aaron Rodgers MVP? Ho-hum. Jim Harbaugh Coach of the Year? Yawn. Matt Stafford Comeback Player? Whatever. If you want boring, hackneyed awards, the ESPYS are in July. If you’re looking for kick-ass relevant awards then you’ve come to the right place. Without further delay, here are the totally Tebow-free Gunaxins.

Best Player in a Bad Situation 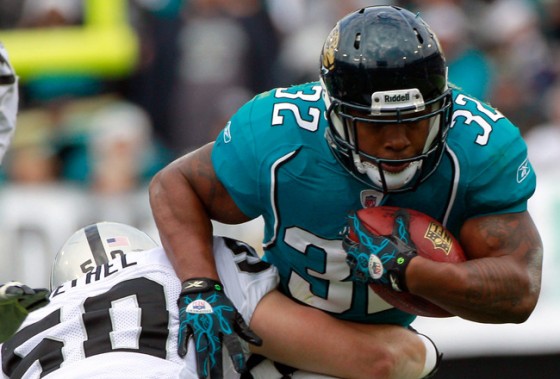 Maurice Jones-Drew: The little Bruin that could led the league in rushing with 1606 yards, which was 242 more than runner-up Ray Rice. Of course the Jags once again sucked, finishing 5-11. The good news is they finally fired Jack Del Rio. The bad news is they replaced him with Mike Mularkey. The worst news is Blaine Gabbert is their starting quarterback. The tragic news is their “top” wide receiver caught 44 passes for 415 yards and one touchdown. If any player needs a change of scenery, it’s MJD. 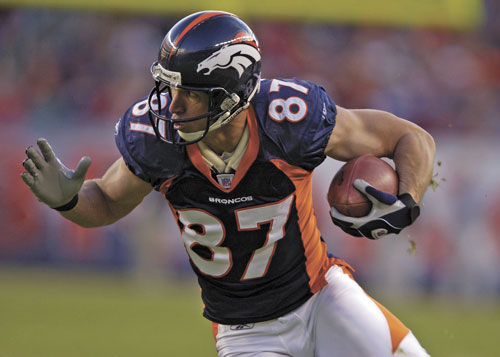 Given to the league’s most dynamic white wide receiver.

Jordy Nelson: Wes Welker has owned the title for the last four years and made a compelling case to win it again in 2011. However, there’s a new gritty, gutty whitey on the block and his name is Jordy Nelson. The fourth-year wideout takes the prize after snagging 68 balls for 1263 yards and an impressive 15 touchdowns. Among wide receivers, only Megatron scored more. Nelson looks like a keeper, but there’s always the possibility he’s another Drew Bennett, so temper your expectations.

Frenchy of the Year 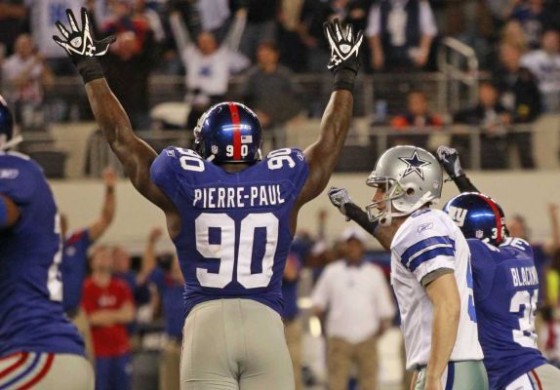 Jason Pierre-Paul: Pierre Thomas captured it in 2009. In 2010, Pierre Garcon seized the honor. 2011 was all about Jason Pierre-Paul. The second-year defensive end racked 16.5 sacks, which led the Giants and was the fourth highest total in the NFL. More importantly, he totaled 86 tackles, meaning dude ain’t afraid to play the run. It takes a lot to overshadow Osi Umenyiora and Justin Tuck, but JPP did just that. Not bad for a dirty Frenchy. (Note to trolls: we know he’s not really from France, so eat a dick.) 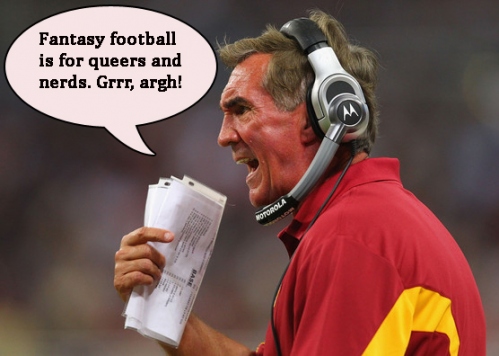 Mike Shanahan: Is there a bigger jerk roaming the sidelines than Shanny? We think not. His handling of running backs has long been a point of contention among fantasy owners, but the red-faced asshat raised his tinkering to enraging new heights in 2011. After Tim Hightower shredded his knee in October, we were treated to the maddening rotation of Ryan Torain, Roy Helu and Evan Royster. Helu was clearly the best of the bunch, but that didn’t stop Shanahan from employing his ridiculous mind games. Hey douchebag, how about rolling with one guy? You might actually win more than six games. 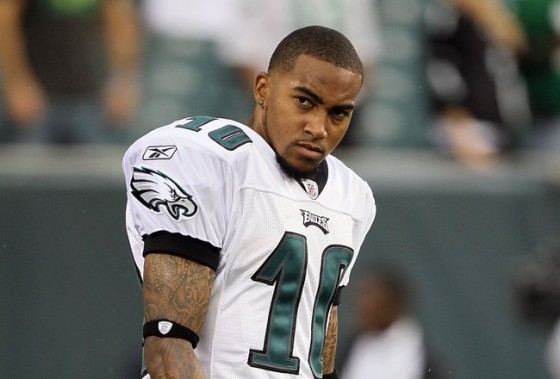 Given to the best whiners and malcontents.

Peyton Manning: Criticize Lord Peyton? Blasphemy! Hey, we realize he’s awesome and certainly deserves respect and blah, blah, blah. But the guy is delusional if he doesn’t think the Colts will and should draft Andrew Luck. Bottom line: Manning is one hit away from his career being kaput, if it isn’t already.

Chris Johnson: Blaming the offensive line, regardless of how bad it might be, isn’t the sanest way to garner sympathy for being an overpaid bust of a running back. Chrissy held out, got paid, then proceeded to wet the bed for sixteen weeks. Since his record-breaking 2000-yard campaign in 2009, he’s been held under 60 yards rushing in 17 of 32 games. Ahem.

Santonio Holmes: We get it — Mark Sanchez blows. He constantly misses open receivers and has the arm strength of a toddler. That said, Holmes behaving like a bratty little girl isn’t helping matters. A Captain is supposed to promote team unity, not take a flamethrower to it. Holmes needs to grow up or get out of town.

DeSean Jackson: Wah, I didn’t get a new contract. Wah, I might get hurt going over the middle. Wah, football is a rough game. D-Jax is one of the league’s most dangerous offensive weapons. He’s also a “me first” player with a severe case of butterfingers. Acting like an immature bellyacher won’t get you a lucrative extension. It will get you a first-class ticket to Cleveland.

Terrell Owens: T.O. didn’t even see the field in 2011, yet he still managed to be an annoyance. For some reason, he and his inflated ego can’t stop attacking Donovan McNabb for the Eagles loss in Super Bowl XXXIX. Who cares who did what? It was seven years ago. MOVE THE F ON!!! 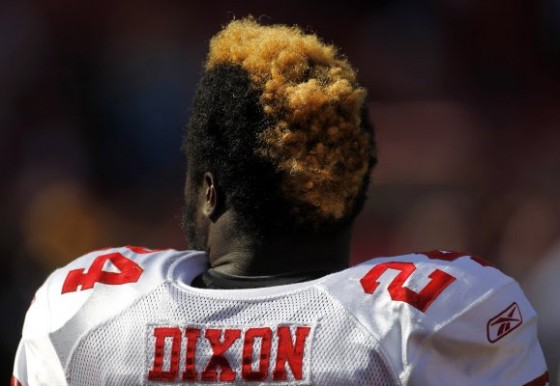 Anthony Dixon: We’re not sure how to define Dixon’s curious coiffe. Blond fohawk? Whatever the hell you call it, it’s awesomely awful. Looks like he pulled the innards from his mattress, painted them yellow, and glued the mess atop his dome. Who knows, maybe he did. We salute you, Anthony Dixon. You are our kind of jackass.

Best Off the Field Arrest 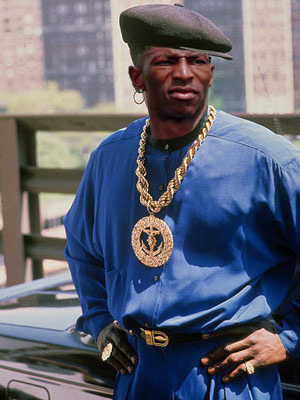 Sam Hurd (aka Nino Brown): Not since Al Capone has Chicago seen a criminal kingpin on the level of Sam Hurd. The moron was busted in December for attempting to purchase between five and ten pounds of cocaine and 1000 lbs. of marijuana. He intended to become the Windy City’s chief purveyor of “high-end” drug deals. Instead he’s sitting in the pokey awaiting trial. Nice try.

Player Who Needs to be Put Down 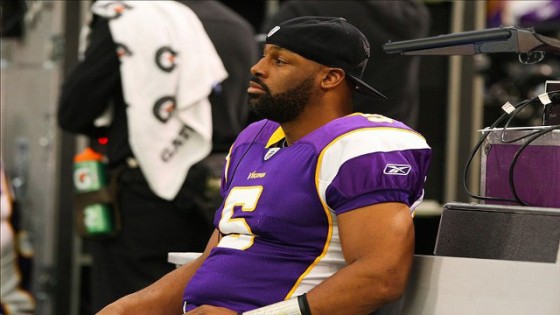 Donovan McNabb: Don has had a nice career, but like old dogs and gimp horses, he’s ready for a trip to the glue factory. Being replaced by Rex Grossman and a rookie in consecutive years is embarrassing enough without having to suffer through the indignity of competing against the likes of Colt McCoy or Tarvaris Jackson in 2012. Don’t go away mad, Don. Just go away. 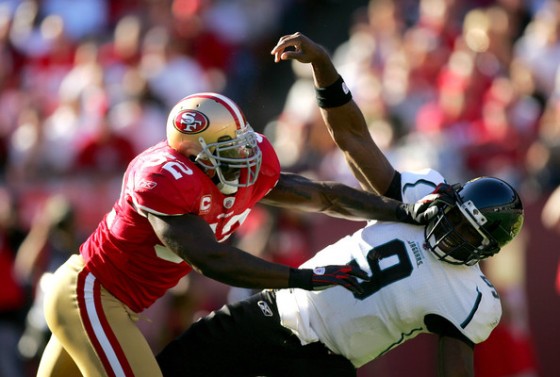 Patrick Willis: We would’ve gone with Ray Lewis, but we don’t enjoy being stabbed to death. Anyway, Willis is an old-school linebacker who brings the pain week in and week out. It would be an honor to have our brains concussed by someone of his ability, a man, who in the words of Ron Burgundy, “discovered the wheel and built the Eiffel Tower out of metal and brawn.” 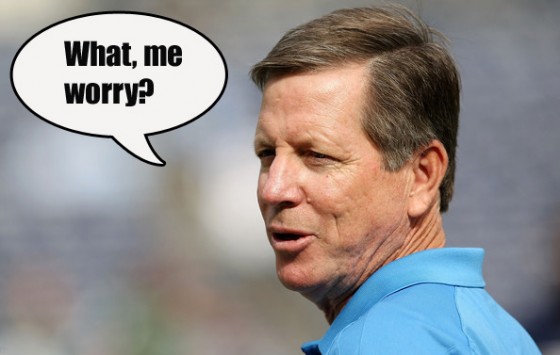 Norv Turner: For a second straight year, Norv holds the trophy that bears his name. Way to go! Despite boasting a roster as talented as any in the league, Turner failed to qualify for the playoffs due in no small part to a mid-season six-game losing streak. Here’s hoping he wins again next year, which he probably will since the Chargers inexplicably decided to retain him as head coach. Sigh. 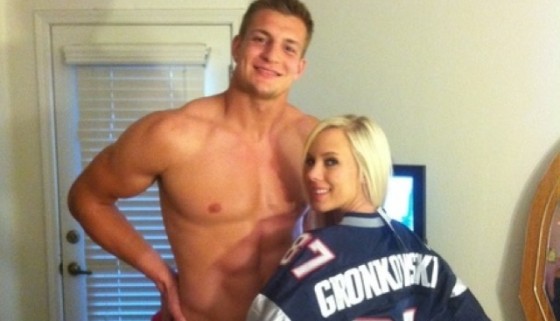 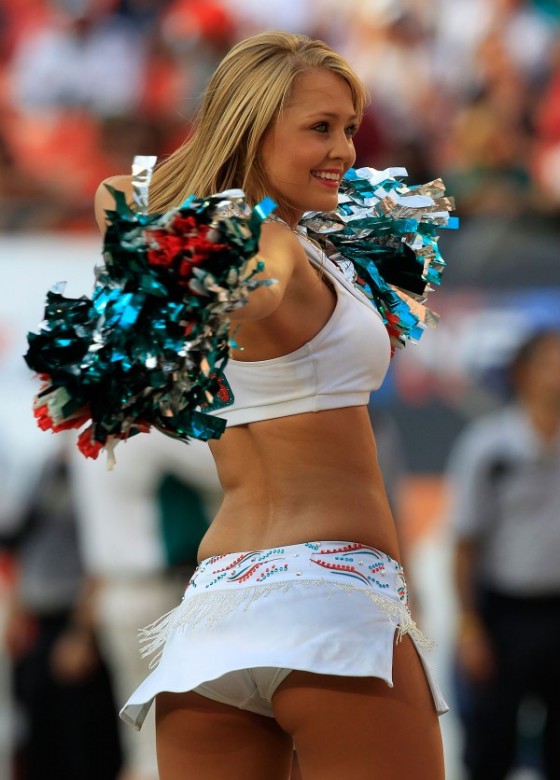 Candi: Oh sure, there’s a bevy of beautiful cheer bunnies to choose from, some of whom are assuredly hotter, but we like the cut of Candi’s jib. Long, straight blond hair. Alluring blue eyes. Sweet smile. She’s got the goods, and we haven’t even mentioned her curvaceous hips and luscious booty. Yeah, we’d happily risk a restraining order to ogle her from a not-so safe distance. 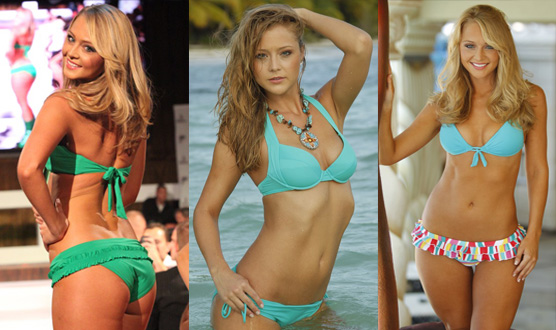 Wave goodbye to football. It’s gone for six months, but will return before we know it. And so will The Gunaxins, in two weeks, with an Oscars Edition. Until then…