Gadgets > Toys > Have You Got the GUTS?

Have You Got the GUTS? 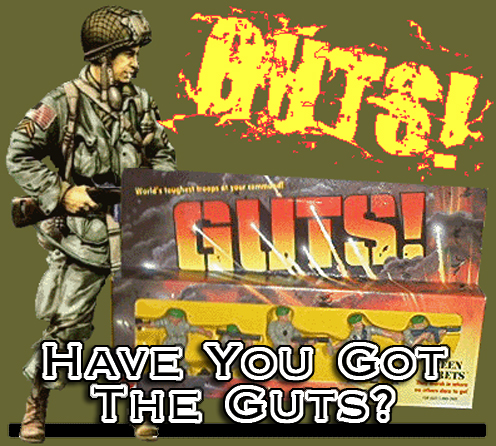 If ever there was a toy that fully represented a chunk of the childhood of every red-blooded American boy over 30, plastic Army men has got to be it. From the moment boys could understand that guns made cool sounds and troops in the Military wore really cool outfits, they’ve all wanted to be an Army Man. And the closest thing we had -aside from toy guns- was the nondescript green plastic toys that would eventually litter our rooms like marauding insects and become the bane of every mother’s bare feet. But even boys had to grow up.

Eventually, by 1986, a new breed of toy soldiers were hitting the scene and they were something very special indeed. Rather than plain, molded green plastic, the new Army Men, called GUTS! were rendered beautifully including colorful paint jobs, actual facial features, and gun-metal hued weaponry! Oh the GUTS! were amazing!

Each ‘unit’ contained 10 total figures each with a codename, dossier, and specs making these soldiers more akin to G.I. Joe in their ultimate complexity. Equally as awesome was the fact that each of the ‘units’ had specific vehicles that would work with them, kind of like those lame green helicopters and jeeps you could get with Army Men, only far, far better. Sadly, GUTS! have been MIA since 1989 -over 25 years- which makes them prime candidates for a little nostalgic look-see. Enjoy!

As you can see, the ‘Serial Killer’ set was not a big seller. Is that a scythe?

Here’s three of the ‘2 Packs’ featuring the Green Berets and, apparently, a dog roughly the same size as the guy. Yikes. 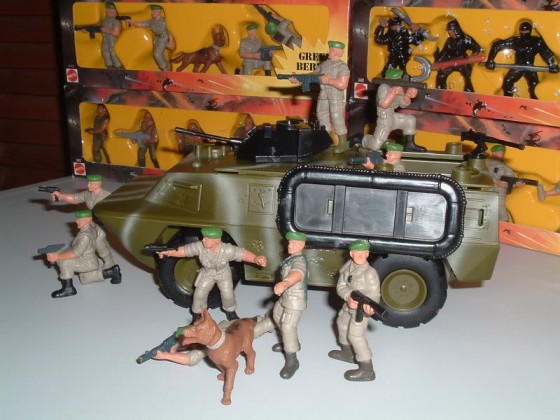 The Green Berets and their mutant dog with an arm holding a rifle jutting from its muzzle. Now that’s a toy! 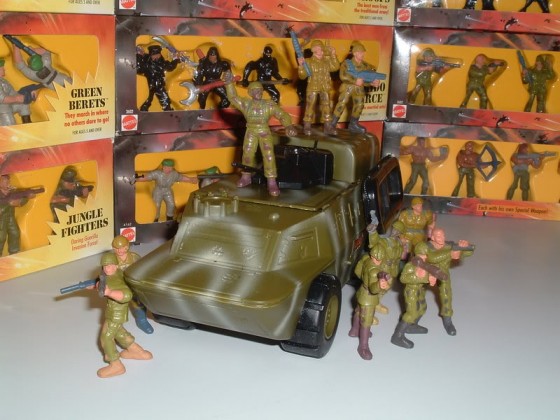 These Ground Troops aren’t messing around! You can tell by the fact that they’re all standing around their awesome All-Terrain Vehicle making rad poses. 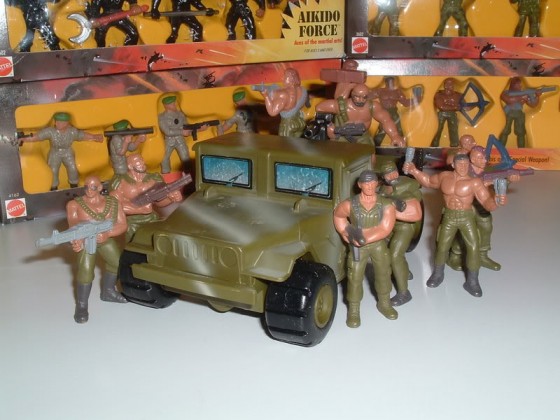 The Jungle Fighters got all the ladies. Why? Cuz they were far too cool for shirts. 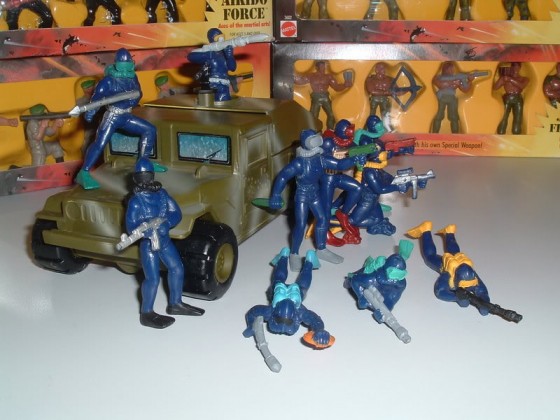 Nothing screams great idea like a Jeep. Especially when it’s for your specialized SCUBA troops. Wait, what? 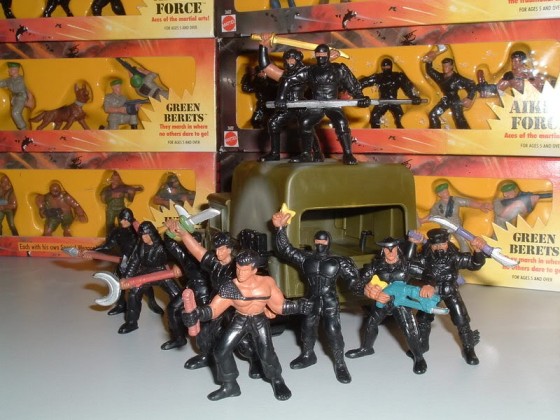 The cast of West Side Story gets ready for their penultimate dance battle. Prancing Ninjas are really scary. 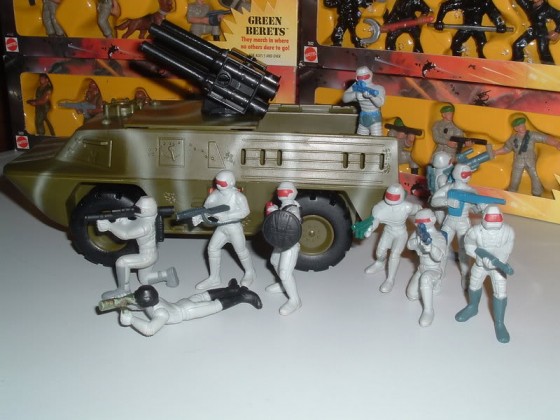 Well thank goodness we’ve advanced so far scientifically to warrant a soldier toy based on Space Battles or else his toy would seem patently ridiculous.