Media > Music > Is Gwar the Worst Band Ever?

Is Gwar the Worst Band Ever? 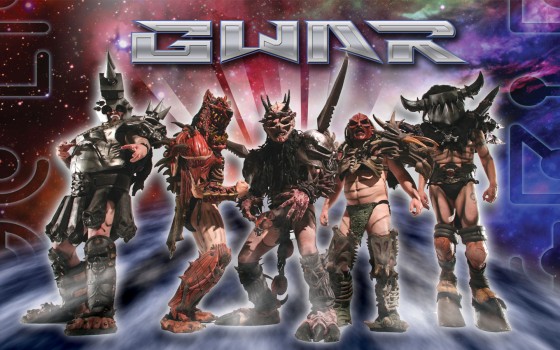 For those who have heard of Gwar, the running joke is that it’s the worst band ever. After all, it was made popular by the rabid fandom of Beavis and Butthead. But you won’t completely understand until you personally verify that Gwar is, indeed, the worst band ever. On purpose.

Even if it’s just for show, how bad can it be?

Imagine this: There’s a mascot priest on stage, bent over, bare rear end facing the crowd, repeatedly violated with a life-sized crucifix. The crucifix is removed and blood shoots like a geyser from the priest’s behind, raining down onto cheering fans.

A mascot Adolph Hitler prances around the stage with his swastika-on-a-stick. Throughout the course of a song, he is torn limb-from-limb, eyeballs twirling from their sockets, his blood spraying all over the crowd. But that’s Hitler, so there’s no controversy there.

A mascot Jesus Christ arrives on a cross. As Gwar screams and makes noise with instruments (we won’t call this ‘singing’ or ‘music’), Jesus’s skin is ripped off before he’s torn limb from limb (and yes, blood sprays all over the crowd). But that’s nothing compared to what they do with the dead fetuses. 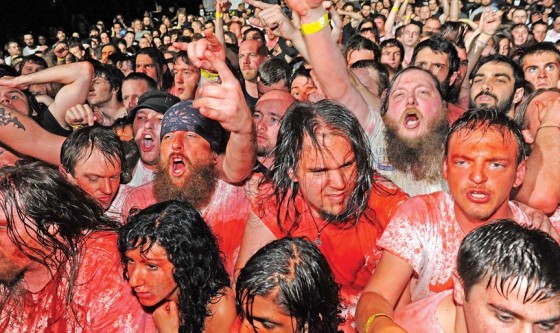 These are just but a few of the shenanigans pulled at a Gwar concert. The heavy metal music is beyond awful – presumably on purpose. The song names are things like ‘Slaughterama,’ ‘Bring Back the Bomb,’ and ‘Womb with a View.’ A sample album name? “America Must Be Destroyed.”

The lead singer, Oderus Urungus, tells the crowd to shut up after songs, urinates on them (presumably with the same fake substances they use for the blood), and wants to kill everyone there.

Some of the fans truly seem to enjoy the music – particularly a skinhead I witnessed getting escorted out of the show for ‘being too aggressive’ – but most seemed to simply enjoy the festivities without really buying into it and going home to pull the same stunts.

So is Gwar the worst band ever? Yes, but only because they’re trying to be, and you haven’t seen a concert until you’ve seen the masters of satirical heavy metal.

Gwar opened for Marilyn Manson and Alice Cooper recently at Merriweather Post Pavilion in Maryland, where I captured these photos…