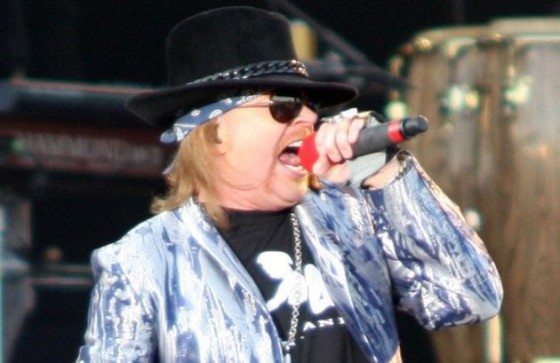 Axl Rose has become a bloated parody of himself in recent years, and making matters worse, his decision to keep touring with the JV version of Guns N’ Roses is  a major slap in the face to the original band and music in general. Basically, Axl sucks ass. Which is why it’s so satisfying to watch him fall flat on his stupid fat face while attempting to run on stage at Hellfest 2012. Get that index finger ready, because it’s time to point and laugh (look screen right at 0:25).

Hilarious. By the way, nice voice, Axl. I can’t believe anyone pays to see this douche ruin a great band’s legacy.