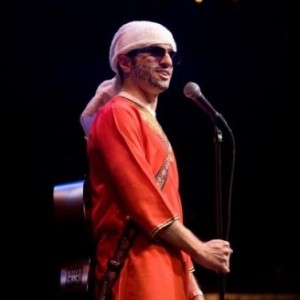 Habib is a character played by my favorite You Tube star, Remy. I have featured Remy numerous times before on this site, but today we are going to focus on some of his Habib videos. The text below introduces you to Habib, and is taken from GoRemy.com.

Habib was born Habib Abdul-Habib in Baghdad, Iraq in 1980.

The young Habib got his start in show business in 1983 working as an oud polisher for Munir Bashir. A year later Habib began working as an opening act for various acts across the region.

Habib worked at many comedy clubs around the Middle East through the 1980’s. His one-night-only showcase at the Improv in Damascus in 1989 is widely regarded by both Arab comedy critics as one of the best performances ever. His legendary bit, “What’s the deal with Tabouleh?” cemented his status as one of the regions biggest celebrities and earned him a star on the Beirut Walk of Fame. The star was irreparably damaged by rockets in 2006.

Habib currently resides in Baghdad with his wife and three camels (Billy, Petey and Abdul-Rahman). He is a distant relative of Iraqi basketball star Hassan “Too Tall” Jones. Habib tours the world singing bad songs and telling equally bad jokes and appears in a number of videos, all available at GoRemy.com.

She Thinks My Camel’s Sexy:

Habib also makes cameos in other songs, like Two Percent Milk: The Rap: