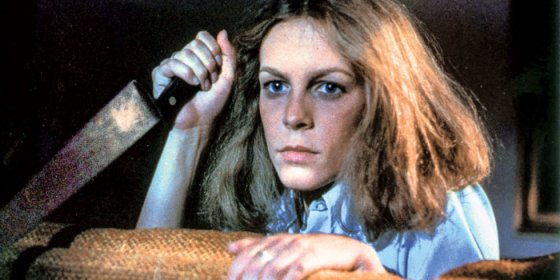 The film featured the iconic horror movie serial killer, Michael Myers, terrorizing teenage babysitters throughout the fictional town of Haddonfield, Illinois. He has been stalking and killing these babysitters in Haddonfield for almost 40 years and is up to 121 total victims throughout the first nine films, not counting the upcoming installment we wanted to discuss today. 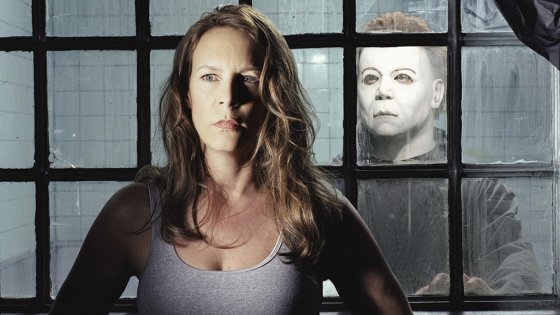 This weekend, the tenth film in the Halloween franchise hit theaters and based on our review, it looks like it’ll rank highly on the list. The latest film is a sequel to the original 1978 version of the film and assumes that none of the other films ever existed.

In other words, it is finally the Halloween movie we have been dying to see since 1979. The original sequel was a mistake that happened to make money off the trending slasher flicks of the 80’s. This time, it is not about the money (well, maybe a little bit), it is about the story and we should all be excited because this one is nostalgic and horrific. 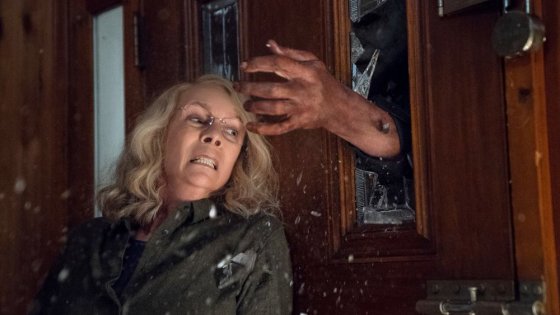 Jamie Lee Curtis returns as Laurie Strode, the mother of Karen Strode (Judy Greer) and grandmother to Allyson Strode (Andi Matichak), who is dealing with post-traumatic stress from surviving the original killings in 1978.

Note: Halloween III: Season of the Witch is technically a film in the franchise but since it was created to start it’s own telling of the story, and did not even include Michael Myers, we decided it was not going to be included in our rankings since it is almost a side-step film and has very little to do with the rest of the franchise.

10) Halloween: The Curse of Michael Myers

Most hardcore Paul Rudd fans remember the time he stepped into the world of horror by joining the cast of the 1995 box office bomb, Halloween: The Curse of Michael Myers. It was the sixth installment of the franchise and remains one of the worst both by the fans and the box office rankings.

There is not much to say about the fifth Halloween except for the fact that it turned in the lowest box office numbers of any of the films in the franchise, barely making $12 million.

Five years after Halloween: H20 was released, someone decided it was a good idea to bring back the franchise once again, for a whole new reboot. However, after the initial release, the film failed miserably and ended up bombing compared to the rest of the films released in 2002.

These films are not just about the box office and Halloween 4: The Return of Michael Myers focused on the story, for a change, instead of just selling out and cashing in on the franchise name. That is the only reason it has climbed to seventh on the list.

After hitting gold in the first reboot, Rob Zombie decided to go down a dark road that was hard for most fans of the serial killer to follow. The story was actually pretty good. It was the insane use of blood and gore that felt almost like a cheap ploy to become a low budget horror film more than anything else. He got lost in the blood and guts and that is where this one failed.

As we enter the top five, it becomes very apparent that four of them are actually pretty good films. One of the four is the original sequel, Halloween II, which brought back the same characters and doubled up the killings to give horror movie fans of the 80’s something to desire.

The only reason we had to move this one into the top four was because it made $55 million back in 1998. That would roughly translate into about $85 million making it the highest grossing film in the entire Halloween franchise. It was also the return of Jamie Lee Curtis and that was a huge factor in its’ commercial success.

Rob Zombie signed on to take a crack at the Halloween film franchise by telling his own version of the serial killing Michael Myers. For fans of Rob Zombie, this was great news because he was going to get to tell his own side of the same story we have heard time and time again.

Based our recent review of this latest installment in the Halloween franchise, there is no chance it does not end up becoming one of the best Halloween films in the entire franchise. The bar was set pretty low for the many sequels that followed the original. It almost seemed as if the bar was lowered after each one was released. For Eastbound and Down fans, this film will have a very similar feel as the director and writers all came from the HBO hit comedy.

Nothing can beat the original film of a horror movie franchise, nothing. This holds especially true for the Halloween franchise as the first movie remains the best, for many different reasons. First of all, John Carpenter is a legend in the industry and that was one of his first feature films in the genre. It launched his career into the horror industry and turned him into a legend overnight. It was also the first time Jamie Lee Curtis ever appeared on the big screen. It was also her big break into the business.