Here we are again, kids: Hallowen. That’s right, if you haven’t figured out what your plans for Halloween are, you, my friend, are cutting it a little close. Get it? Cutting? These are the jokes I brought today. Oh, and in case you are asking yourselves what I’m doing? Well, since I have a horror trilogy of children, I am lugging them around our neighborhood begging for sweets. I will be the one dressed as Leatherface. Both for their embarrassment and my entertainment.

Anyway, the reason I’m writing this is quite simple: for the past six years or so (yeah, that’s as long as I’ve been doing this nonsense) I have perused my local goods and services proprietor and have taken several pictures, possibly illegally, under the guise of journalism to pass along the Halloween hilarity to you. I just love you all that much. I like to find the more unusual of things on the shelves, and this time is no exception. In fact, I strayed a bit even from foodstuffs and kept the choices more… stuff related. Stick around, you’ll see.

I know dressing up pets isn’t new, but it’s incredibly stupid and you should stop doing it. Unless your dog or cat or parrot plays some kind of integral piece in your whole costume get up, there is no reason for you to be making said animal look like it’s owned by an asshole. That being said, here are some bad choices you can make for your companion who has no say in how he or she looks. 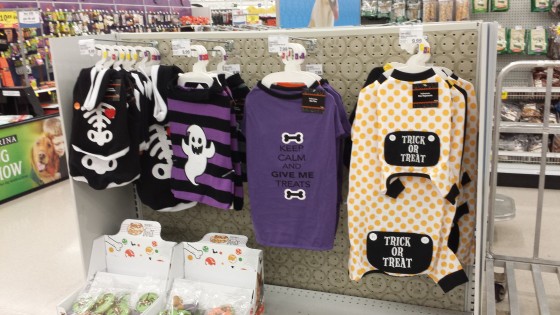 So you’ve decided to have a Halloween shindig at your place and you’ve invited all of your shitheaded coworkers. As it turns out your wife really hit it off with Janet from accounting at last year’s Christmas party and she thought it could be a royal hoot. So a party it is and you need to snatch up some theme towels. Because Halloween. 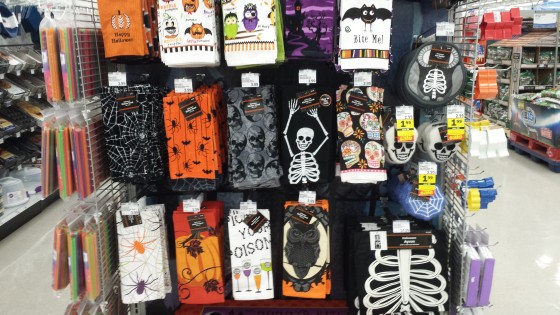 If it’s a Halloween costume ball you are intent on joining, you’re probably going to want to dress up as something. Might I suggest an outfit based on Horror characters? Horror characters are always popular and most of the time everyone knows who you are portraying. Oh. I see. You’re not going to do the Horror theme. Fine. Whatever. I guess go as something else then. Sure, Gay Mariachi sounds great. 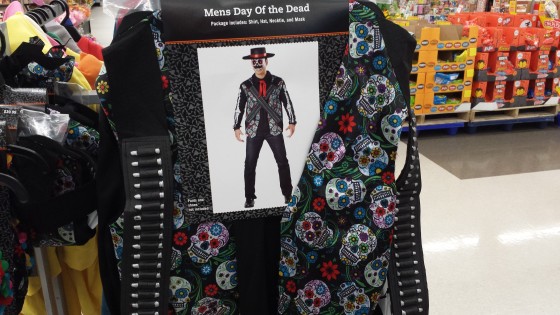 During this spooky costume party -let’s assume for adults only- it’s only a matter of time before that lush from the mailroom, Darcy, gets sloshed on Jell-o shooters and starts shoving everything into her eager mouth, including fist fulls of Fun Size candies. It’s all down hill from there. Make sure, you stock up on plenty of festive paper towels for all of those… accidents. 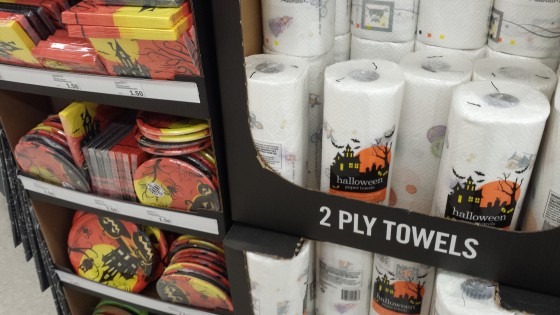 While you’re out drinking and inappropriately touching people at that costume party,  you might want to leave a bowl of candy on your stoop just so local kids don’t wing bags of shit at your front door. Choose your decanter wisely, and I  always include a sign strenuously suggesting the riffraff only abscond with one or two pieces. The following picture shows a bad idea for a candy delivery device. Basically because you’ll get home to find both the candy, the bowl, and Spidey are gone. 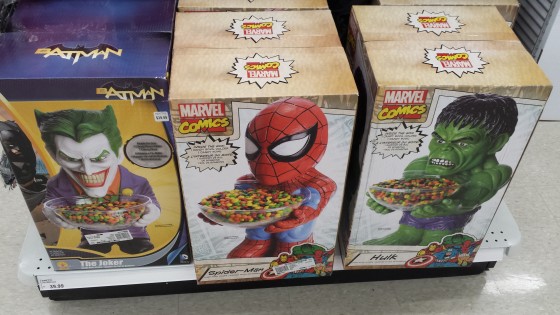 Finally, as your All Hallows Eve draws to it’s inevitable depressing conclusion, it might be a good idea to show your babysitter how much you appreciate the fact that she gave up her night so you adult idiots could go out and make colossal asses out of yourselves. She Trick or Treated your kids, made sure their candy had only the smallest number of syringes, and put them to bed. So, rather than do something illegal, and stupid like hitting on her, give her one of these cuddly fellows. She will thank you by telling the cops you tried to spank her. Happy Halloween! 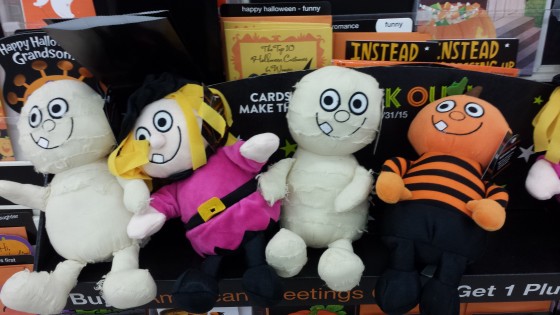