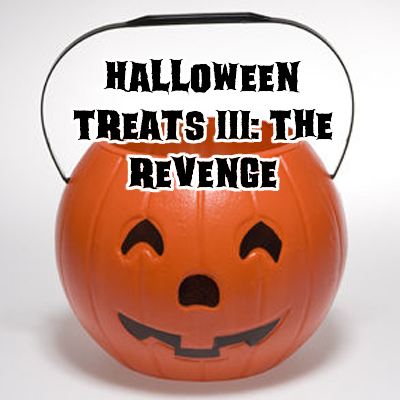 Judging by the old spooky calendar on the wall, it’s damn near Halloween! And we all know what that means, don’t we, faithful readers… (yes, I mean you, the forty-two year old still living in his parent’s basement in Provo, Utah), it’s time for HALLOWEEN TREATS! And as amazing as it seems, this is the third Halloween I’ve been writing for these psychopathic fruit-bats here at Gunaxin and that means it’s officially the Third Halloween Treats! I’m just as stunned as you!

So, just like every year, I head out to the local grocery stores and sneakily snap pics of the coolest (and most different) Halloween-themed goodies that seem to be inundating the shelves. And, as with the past years, there is no shortage of sweet, spooky snacks. So join me, won’t you, as we treat familiar territory yet, with a slightly different view, for HALLOWEEN TREATS III: THE REVENGE! 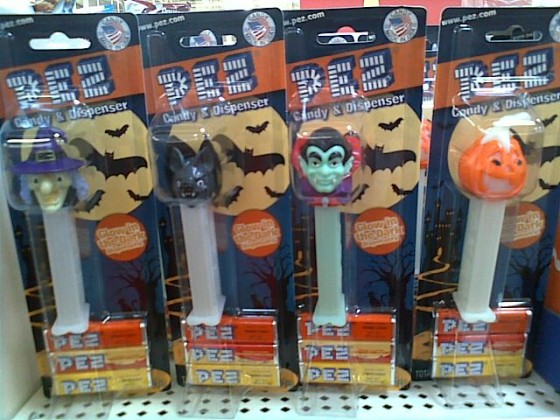 First, and definitely the frikkin’ sweetest, are these awesome PEZ Dispensers! I have never seen PEZ do specific holiday editions outside of Christmas and Easter. Sure, they’ve always had a witch and I think a ghost, but this crew of four is just stinkin’ amazing! Witch, Bat, Vampire, and Jack ‘O Lantern! Who wouldn’t want a treat with both candy and a toy? No one, that’s who! 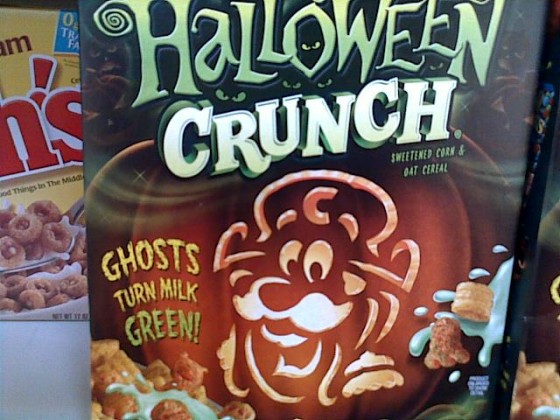 Next up is the one cereal that we can always count on to whip out all the stops for Halloween: Cap’n Crunch! Last year he was doing his best Teen Wolf interpretation, and this year the coolness just builds! He’s a Jack O’ Lantern! With Green Ghosts! That turn the milk green! Gross! Also very, very awesome. 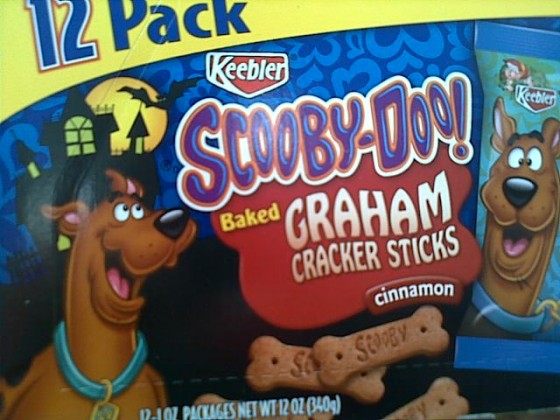 If ever there was a classic cartoon that instantly conjured up thoughts of spooky ghosts and vile beasties, it would definitely be Scooby Doo! That was the entire premise of the cartoon, so it only makes sense to convert a tasty snack cracker into a groovy Halloween themed snack cracker! I think I’d like this just a touch more if Scooby was freaking out or something. Oh well, it’s still damn sweet. 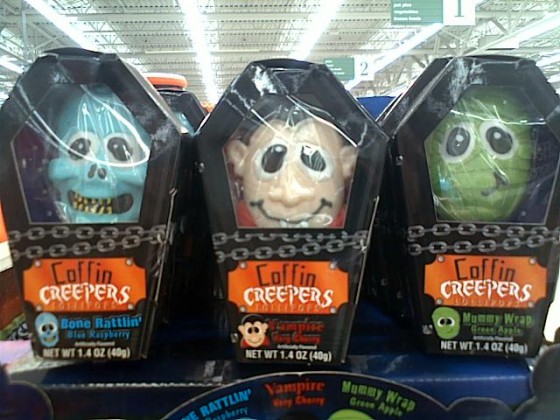 These cool kids are called Coffin Creepers and they are lollipops with head-shaped suckers. Yep, that’s about the size of it. There was a Bone Rattlin’ Blue Raspberry Skull, a Vampire Very Cherry Vampire, and a Mummy Wrap Green Apple Mummy. I think that last one is my favorite. I can see mummies looking green and tasting of sour apple. Probably. 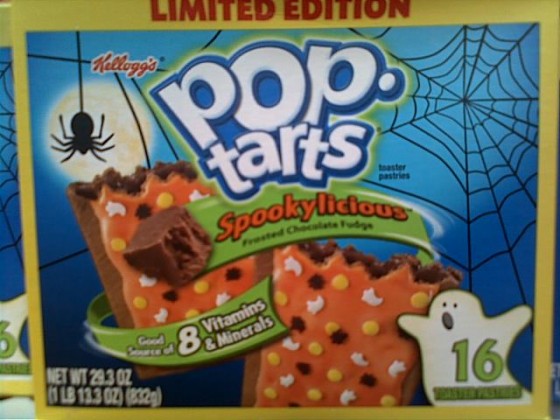 Pop Tarts jumped into the game this year with a pretty tooth-rotingly crazy flavor: Spookylicious Frosted Chocolate Fudge. Damn, who needs candy when you can get your recommended daily allowance of sugar at breakfast! Oh, and just to add insult to cavities, the Tarts are covered with an evil orange frosting and sprinkled with bats and ghosts candies! I think I feel sick. 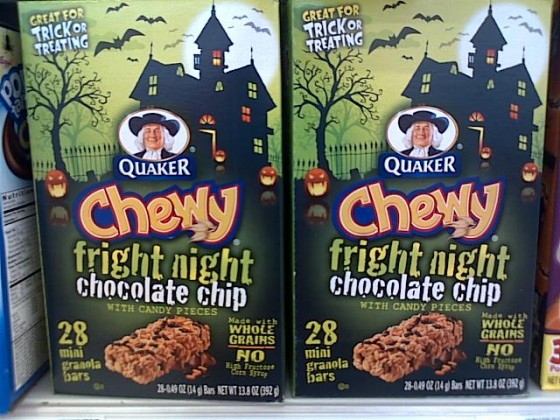 Halloween granola bars? Yes. And they look especially tasty, don’t they? And, apparently, good for you! But who’d know that when they’re chock full of so much chocolaty goodness? But what they’re not chock full of is that diabolical High Fructose Corn Syrup. That shit’ll kill us all, eventually. Goon on ya, Quaker! 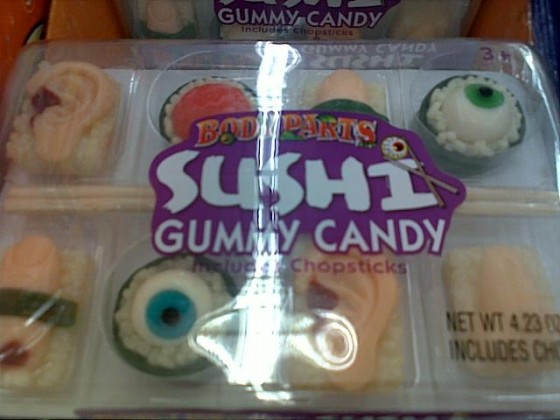 Sushi? On Halloween? Hell yes, especially when the Sushi bits are mad out of candied body parts! How can you possibly go wrong with a product like that? Eyeballs, fingers, ears… all on ‘rice’! Somehow, when it comes to potential realism… considering where Sushi is often eaten… this kinda makes sense. Delicious! 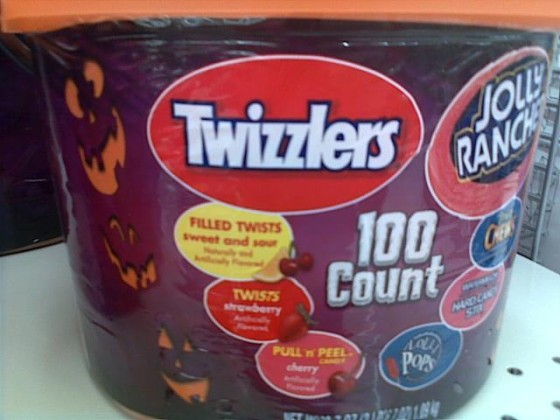 Here’s a big bucket of win, right here. Who, in their right mind, doesn’t enjoy the fruity psuedo-licorice goodness of a Twizzler? Idiots, that’s who. And right here you’ve got yourself something tasty, especially considering the fact that you also get Jolly Rancher yumminess inside, too! And the variety of each type is pretty breathtaking. Why actually go Trick-Or-Treating when you can just buy this and pretend you did? 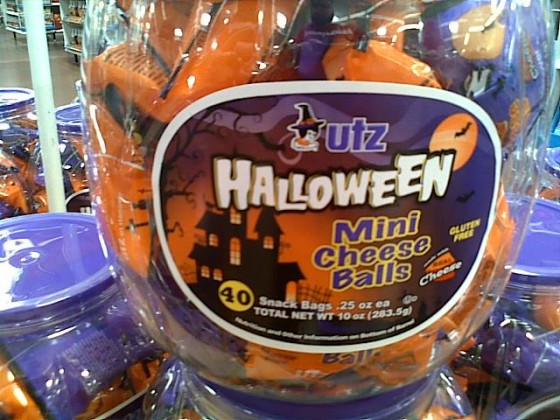 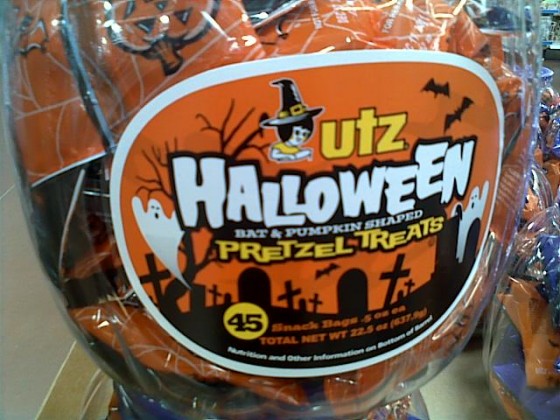 These last two -speaking of big buckets- are for the slightly more snack conscious folks out there who prefer finding flaming bags of hot pooey on their stoops late on Halloween night. You see, cuz it’s not candy. Nope, they’re cheese balls and pretzels. Yum. “Trick-Or-Treat! oh… a trick. Kiss your mailbox goodbye, jerk-ass”