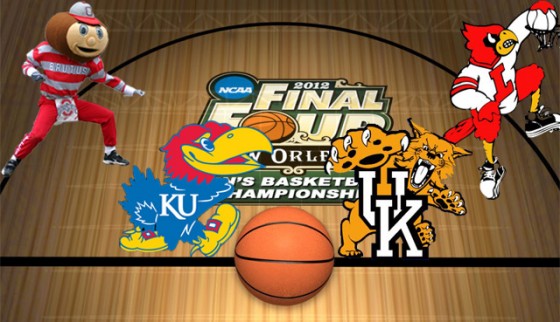 After two weeks of madness only four teams remain. A number one seed, a pair of number twos and a number four will battle it out for the right to cut down the nets. It has the makings of a Final Four to remember. But rather than pour over boring stats and mundane percentages to determine which team has the best shot to seize a title, I’m going to handicap each mascot instead. Let’s get to it. 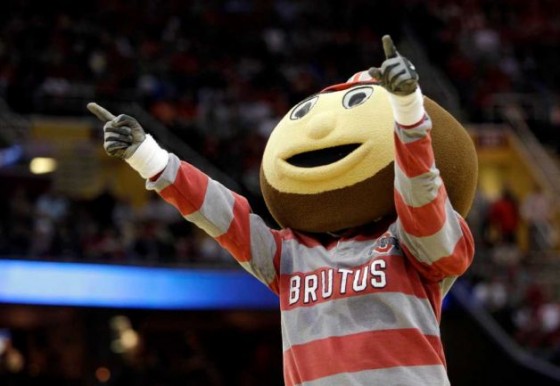 Brutus is a nut. In point of fact, he’s a nut from the Buckeye tree. I dunno about you, but dried fruit and seeds don’t send shivers down my spine. Maybe if he carried a hoe or a shovel I’d be more inclined to consider him a threat. As is, one thump from a sturdy pair of shoes and Brutus goes bye-bye. Tough nut to crack? Please. 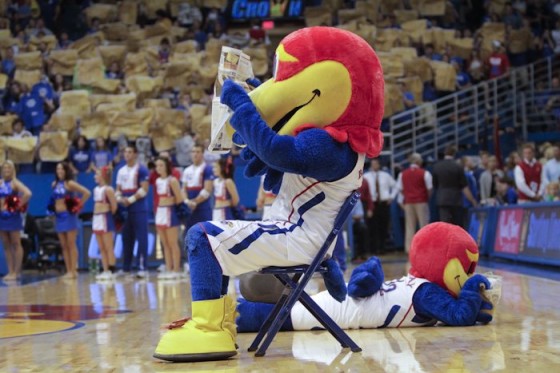 Major advantage goes to KU for having two mascots, three if you include Centennial Jay. They’re still only birds, but as a deadly duo they are formidable. Plus, they wear head stompin’/kickin’ shoes, so don’t let them get you on the ground or it’s sayonara sister. Poor Brutus doesn’t stand a chance against these feathered foes. 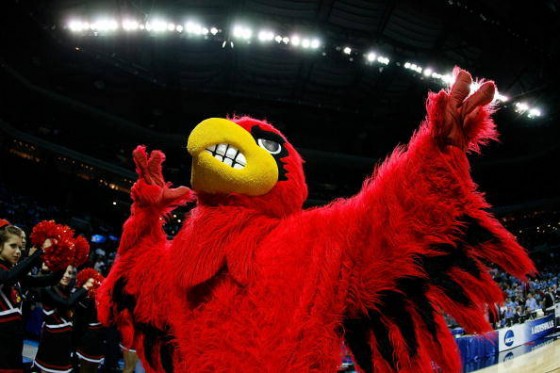 That snarled beak and crimson plumage paints an intimidating portrait for sure. Not to mention the clodhopper talons he calls feet. Let C.B. get the jump and you could be screaming in agony as he plucks the peepers clean from your noggin. Word has it he fights dirty too. Although, I’m willing to wager a blast of birdshot to his grill puts him down for the count. 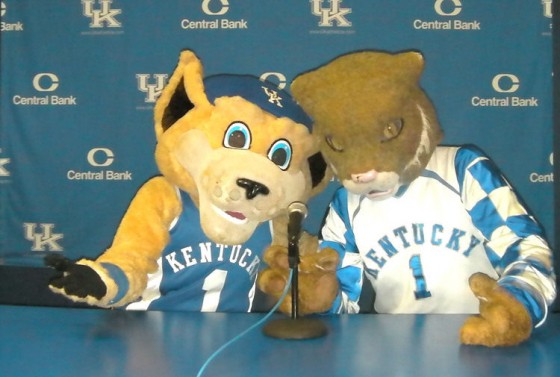 What the fu*k? Another tag team? This is getting unfair. I mean, one ferocious feline is enough to handle, but throw in one more and you’ve got yourself a bloodbath of epic proportions. And don’t let Scratch’s “kid-friendly” reputation fool you either. I hear tell he enjoys tasering other mascots in the groin when they’re not looking. Like Ashley Judd always says (allegedly), “Turn your back on a Wildcat, go home in a body bag.”

Clearly there’s a reason why Kentucky is the team to beat. Don’t underestimate the Jayhawks, but they better be packing heat or at the very least some catnip to survive this mascot melee.