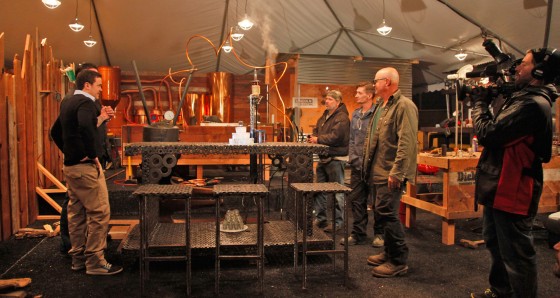 The rules were simple – six teams of three craftsmen had eight hours to build a badass bar from scratch. They could weld, saw and hammer to their heart’s delight, but they couldn’t leave the set and at day’s end, the bar had to be capable of pouring a shot of George Dickel. This was the gauntlet laid down for the George Dickel Tennesse Whisky “Raising the Bar Competition” which recently took place amongst the world’s largest BBQ competition in Kansas City, the American Royal World Series of BBQ. The results are pretty compelling and should inspire you to go much farther with your own weak ass bar. 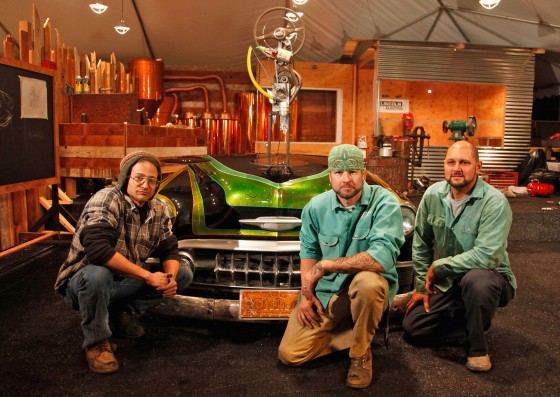 Team Hotrod (the winners) transformed a 1953 Chevrolet into a fully functioning bar complete with seats and a license plate that swing out to be stools with the push of a button.  Oh, and if you turn the steering wheel on top, a delicious serving of George Dickel whisky flows down the funnel and into your shot glass! 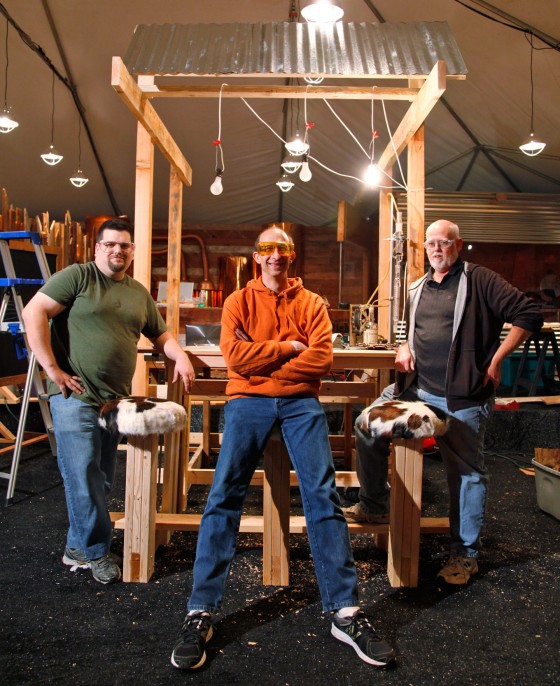 The robotic arm in the right hand side of the photo pours your shot at the push of a button no matter which bar stool you’re seated at.  This whole technology thing could work out after all… 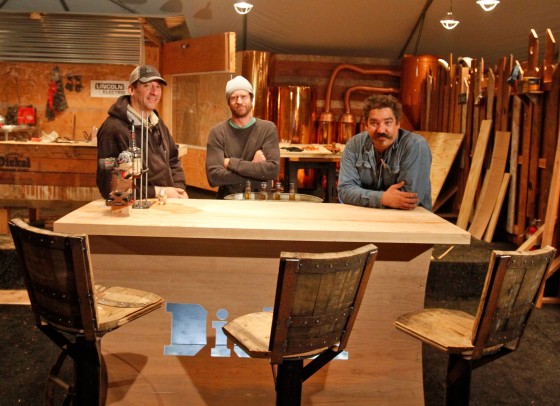 Let’s face it.  Drinking whisky anywhere is a good thing.  But, drinking whisky served by pulling the trigger on an electric screwdriver while seated in stools made from actual George Dickel whisky casks is a VERY good thing. 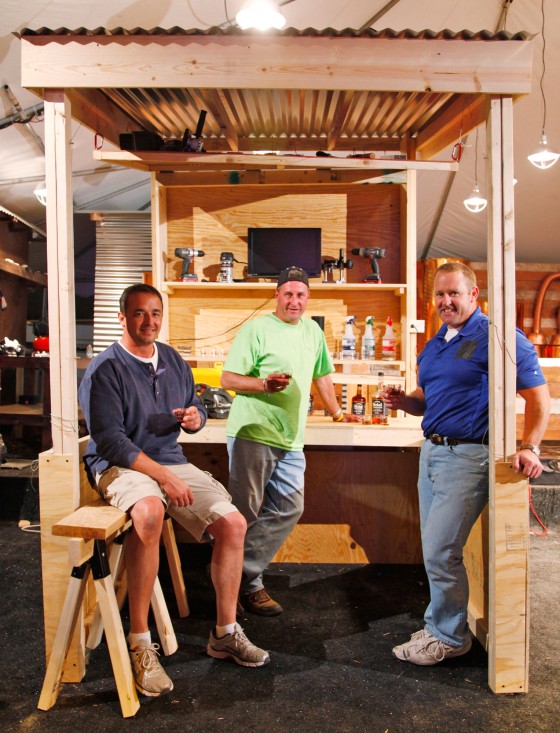 Because nothing tastes better than a stiff drink after a day in the garage.  Just remember, put the power tools down before picking the whisky glass up! 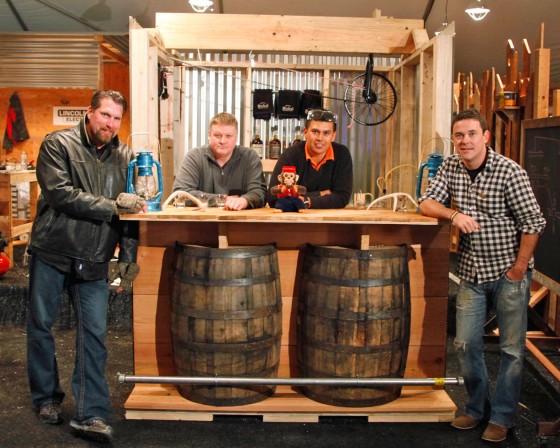 If you build a bar like this, former Cincinnati reds pitcher Rob Dibble (left) might just show up to party with you! This bar features seats made from full-fledged whisky barrels and a suspended pulley triggers a shot of George Dickel. It’s like the Wild West…but better.