A Tribute to Dr. Hannibal Lecter 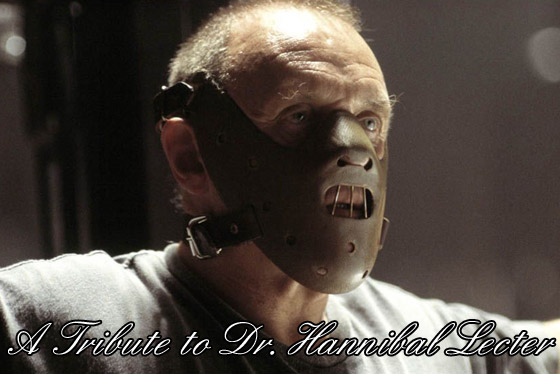 Yesterday, February 14, 2011 marked the 20th anniversary of Silence of the Lambs hitting theaters and introducing the world to Anthony Hopkins’ portrayal of the murderous psychiatrist Dr. Hannibal Lecter, the American Film Institute’s most memorable film villain of all time.

For those who found yourself fascinated by the movies (get them on Blu-ray on Amazon), Thomas Harris’s novels dive much further into Lecter’s mind, with extremely entertaining passages on how it works.

Here’s a very trippy tribute video to the man, the myth, the legend, Hannibal Lecter (using the soundtrack to Interview With the Vampire for some reason).

We duplicate the best one. Play them all once, then make a note of which you hear twice.

Check out Part II of this utterly hilarious video. 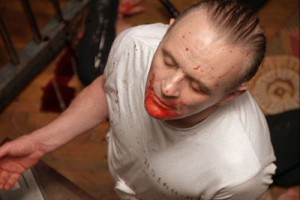 “A census taker once tried to test me. I ate his liver with some fava beans and a nice Chianti.”

“Amputate a man’s leg and he can still feel it tickling. Tell me, mum, when your little girl is on the slab, where will it tickle you?”

“And you think if you save poor Catherine, you could make them stop, don’t you? You think if Catherine lives, you won’t wake up in the dark ever again to that awful screaming of the lambs.”

“All good things to those who wait.”

“You know what you look like to me, with your good bag and your cheap shoes? You look like a rube. A well scrubbed, hustling rube with a little taste. Good nutrition’s given you some length of bone, but you’re not more than one generation from poor white trash, are you, Agent Starling? And that accent you’ve tried so desperately to shed: pure West Virginia. What is your father, dear? Is he a coal miner? Does he stink of the lamp? You know how quickly the boys found you… all those tedious sticky fumblings in the back seats of cars… while you could only dream of getting out… getting anywhere… getting all the way to the FBI.”

“Look for severe childhood disturbances associated with violence. Our Billy wasn’t born a criminal, Clarice. He was made one through years of systematic abuse. Billy hates his own identity, you see, and he thinks that makes him a transsexual. But his pathology is a thousand times more savage and more terrifying.”

“Our scars have the power to remind us that the past was real.”

“You will not persuade me with appeals to my intellectual vanity.”

“A robin red-breast in a cage, puts all of Heaven in a rage. Think to yourself that every day is your last. The hour to which you do not look forward will come as a welcome surprise. As for me, when you want a good laugh, you will find me in fine state… fat and sleek, a true hog of Epicurus’s herd.”

“Have you seen blood in the moonlight? It appears quite black.”

“That’s the same atrocious after-shave you wore in court.”

“Bowels in or bowels out?”

If Starling and Lecter Fell in Love 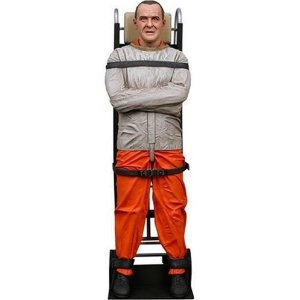 This is the 7-inch version. There is also an 18-inch talking action figure available. 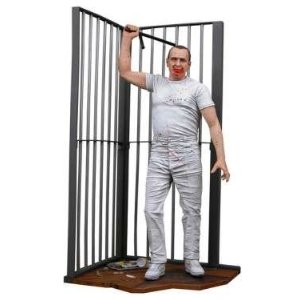 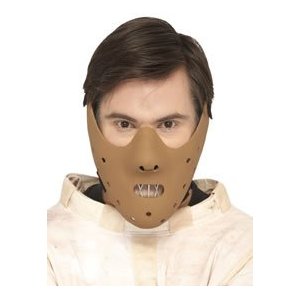 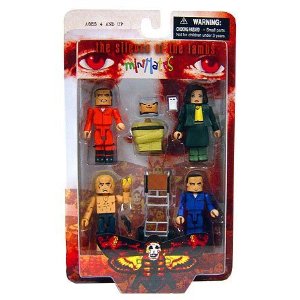 They’re not Lego blocks, but they’re as close as they come.