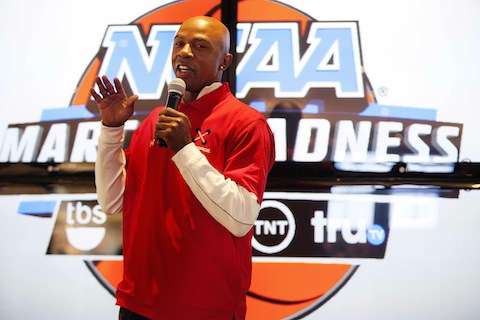 As the official sports drink of the NCAA Tournament, Powerade teamed up with CBS yesterday to offer a last-minute cram session to help you make sense of March Madness. A panel of bracket experts – led by college basketball analyst Greg Anthony – held one-on-one bracket consultations for visitors, while Powerade unveiled its “ION4-Point Performance Ranking System,” a customized ranking system using four key elements essential to teams’ success in the tournament.

In addition to checking out that site, we have four great bracket tips from Greg Anthony.

So good luck this year in your bracket o madness and hope you beat that guy in your office pool who always wins and lets everyone know about it!