Few things make us happier than when pop-culture and food culture come together, and the folks at Hard Rock Cafe have been making that happen since 1971. Their latest offering dips into the world of cinema, instead of the music world they’re so well-known for. To celebrate the release of Kingsman : The Golden Circle (which we reviewed and loved), Hard Rock Cafe is offering the new “Poppy Burger” at select locations around the world. 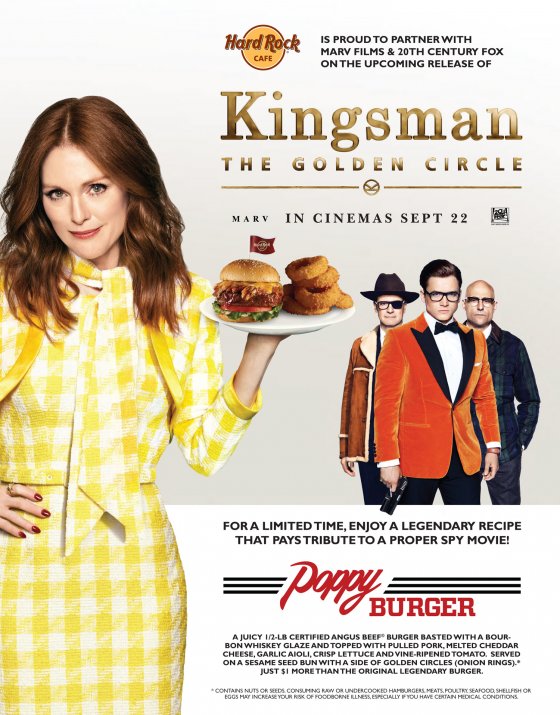 The Poppy Burger is a dangerously delicious take on the man-made burger prepared by the motion picture’s villain, Poppy, played by Julianne Moore. While sinfully enjoyable, in no way is this burger made with Poppy’s preferred ingredients! Hard Rock’s limited-time menu item begins with a juicy half-pound Certified Angus Beef® burger, basted with a bourbon whiskey glaze and topped with pulled pork, melted cheddar cheese, garlic aioli, crisp lettuce and vine-ripened tomato. Served on a sesame seed bun with a side of Golden Circles (onion rings), this burger is sure to impress both food and movie critics! 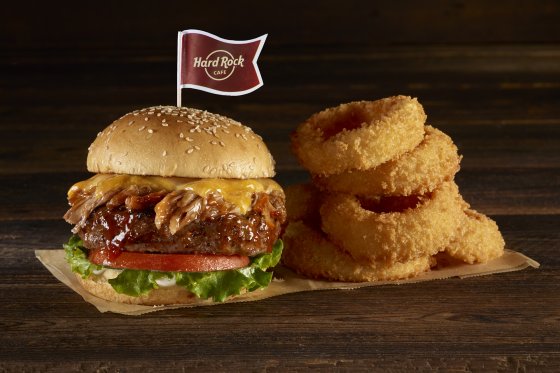 It looks delicious, but we’re going to find out for sure later this week. It’s only available until Friday, October 6th though, so you’ll have to act fast to get yours!