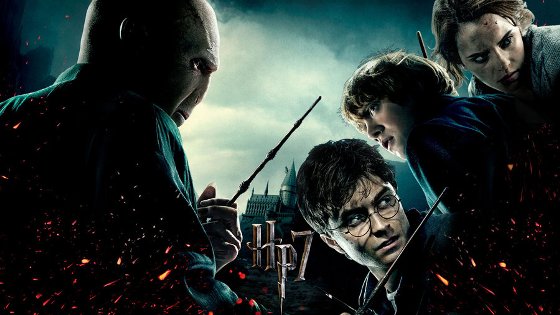 It seems everywhere you go Harry Potter gets a strong reaction one way or the other. There are those who love it unconditionally and are ready to cast an unforgivable curse on any detractors. Then there are the rest that claim it’s “stupid kids’ stuff” and are afraid it might hurt their macho feelings to actually give it a try. Me? Well, I’m somewhere in the middle, personally.

I’m a self-admitted fan of the novels and I have been since I first discovered them sometime in 2001. Sure, there was nothing amazing about J. K. Rowling’s writing style, but it was wicked fun and I looked forward to every new release until the final adventure was released in 2007. With the sad realization that the series was over, I knew that we still at least had the films to look forward to every year or so. But last night, it all ended.

I was lucky enough to receive passes to a private VIP screening (many thanks to Fulbright & Jaworski L.L.P.!!!) of The Deathly Hallows Part 2 and dare I say they saved the best for last. Flowing seamlessly from the last chapter, we pick up right where we left off with the trio of Harry, Ron and Hermoine plotting their final moves to find the few remaining Horcruxes enabling Harry to have a chance in his inevitable final showdown with The Dark Lord, Voldemort. 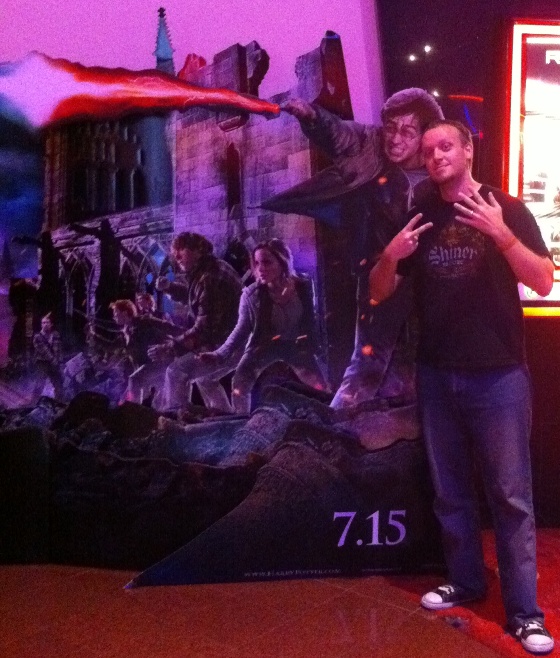 Just proving once again that it isn't about what you know...but WHO you know. VIP, bitches...

If you’re looking for the action that the previous two Potter offerings were lacking, you’ll certainly quench your thirst here as it is two hours of epic battle scenes and resolutions to all eight films’ story arcs. The special effects are mostly top notch (Yay on the White Dragon, Nay on Nagini the snake) and there is something blowing up or burning every few seconds. There’s love, death and rebirth all rolled into one sweet golden snitch.

Without getting too spoilery here for everyone, some of the highlights are:

Ralph Fiennes as Voldemort – I will never be able to see Fiennes again without being absolutely terrified. Even if he does have a nose.

Matthew Lewis as Neville Longbottom – His transformation over the eight films reaches a pinnacle and Lewis completes the change from geek to hero nicely.

Michael Gambon as Albus Dumbledore – I’ve said it before and I’ll say it again, with all due respect to the dead, Gambon is hands down the better Dumbledore. He further proves it in his short appearance in this film.

Daniel Radcliffe, Emma Watson & Rupert Grint as Harry Potter, Hermoine Granger & Ron Weasley – If you say one thing for the makers of these films, they deserve credit for keeping these kids together for all eight films. Watching them grow as actors and people was an absolute joy that is unlikely to be matched again in the history of film. It was a massive undertaking and they pulled it off. As did the three kids who were the heart and soul of these films. 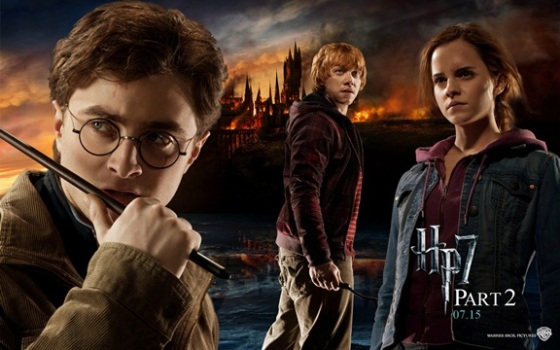 As a fan of the books, I have a few nitpicks, but they weren’t anything that will ruin the film for anyone, especially if they never read the books. To those who still claim the books and films are just for kids, get over it. If you insist on feeling that way, let yourself be a kid again and just enjoy them. I know I did and I’m sad to see the series end. However, I’m quite content with the final product and I’d recommend it for all ages.

So long, Harry. Thanks for the memories.