“Hatfields & McCoys: White Lightning” is Television at its Worst

Every once in a while a “reality” show comes along that millions of people support and enjoy, Duck Dynasty for example. No matter what you personally feel about the show, it’s undeniably a huge success for A&E.

Then there’s this dreck on History Channel, or Alien Channel or whatever. The point is, History Channel is to history what Food Network is to diet advice. Now History has upped the stupid with their latest “reality” series called Hatfields & McCoys: White Lightning. This truly is a thing.

The premise is simple. A mysterious investor from the big ol’, high falutin’ city of St. Louis wants to invest in their long held families tradition of makin’ moonshine. Corn Likker. White Lightnin’. Yeehaw! Down in Tug Valley, where the descendants of the infamous Hatfield & McCoy families had their little disagreement quite some time ago, they’re still keepin’ family traditions alive by a-huntin’ squirrels, choppin’ far-wood, sleepin’ with their sisters, outsmartin’ Boss Hog and Roscoe at the Boar’s nest and apparently makin’ moonshine.

A man of average intelligence might ask why involve these hillbillies at all. A man of average intelligence, however, doesn’t seem to work for History Channel. So here we have this Dukes of Hazzard meets The Clampetts meets Fetal Alcohol Syndrome mash-up of a show where the narrator sounds like Shaggy from Scooby Doo crossed with a bad Waylon Jennings impersonation. The entire thing is trying desperately to be Duck Dynasty, but it’s not. 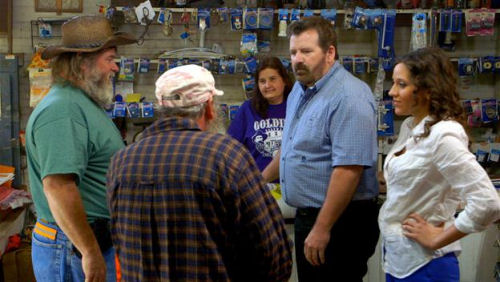 The families are alternatively;

Unlike History’s wildly popular and extremely well done mini series, “Hatfields & McCoys”, this show is obviously a money grab that plans to piggy back on the success of that actually entertaining and well written series, and that’s a crying damn shame.

The mini series was probably as close to historically accurate as one could make it, and it had an all star cast that raised the level of believability and entertainment to a point that it could have been a huge box office hit, had they decided to release it theatrically. The White Lightning version, however, probably wouldn’t flush without at least three tries in the theater’s toilet bowl.

The only ties to history that this show can truly boast is that when you watch it, you’re watching the history of American television go straight down the shitter. This is an abomination. Here are three reasons to call bullshit on this entire series:

Need more of an explanation? Let’s take a look at some of History’s greatest hits, shall we?

The Guilty Men, part of the “The Men Who Killed Kennedy” series that aired in 2004. History Channel inferred that Lyndon B. Johnson was involved in a conspiracy to assassinate his predecessor, John F. Kennedy.

Called on their bullshit by real historians, the History channel aired a rebuttal show called The Guilty Men: A Historical Review” which included the criticisms of their original show, and promised to never re-air the offending episode. 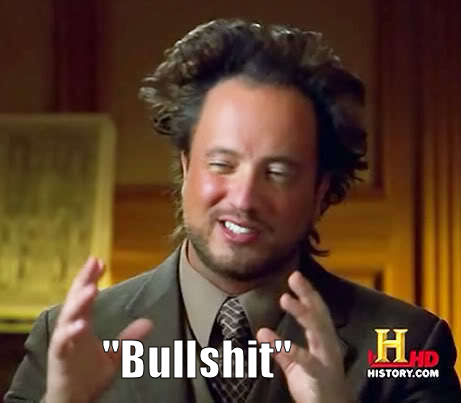 Ancient Aliens. Taken to task by many, but in particular The Smithsonian Magazine Blog had this to say:

The episode is what you would get if you dropped some creationist propaganda, Erich von Däniken’s Chariots of the Gods and stock footage from Jurassic Fight Club into a blender. What results is a slimy and incomprehensible mixture of idle speculation and outright fabrications which pit the enthusiastic “ancient alien theorists,” as the narrator generously calls them, against “mainstream science.” I would say “You can’t make this stuff up,” but I have a feeling that that is exactly what most of the show’s personalities were doing. 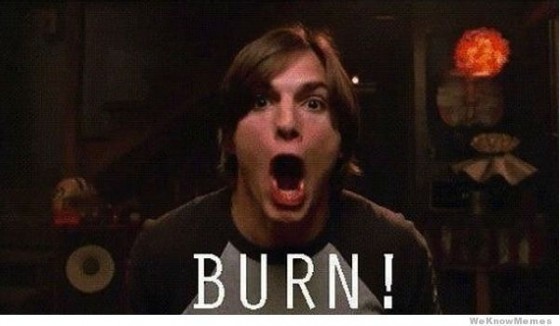 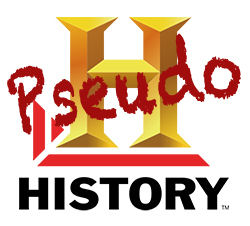 As seen in the promo for the show, one family draws a hunting knife on the other to threaten him over some perceived slight. You’d go to jail for that shit if it wasn’t scripted and planned. At the very least, they’d get a harassment or endangerment charge. Hill-folk or not, it’s sincerely doubtful they’d cotton to a knife threat.

This entire show is nothing but an elaborate, (and extremely stupid) advertisement for this liquor. They even have a Facebook Page. Not for the families, mind you, but for Hatfield & McCoy Moonshine, LLC. If havin’ a LLC ain’t country, we don’t know what is.

Never mind that West Virginia legalized moonshine distilling back in 2002. That’s historical and it gets in the way of really stupid television. 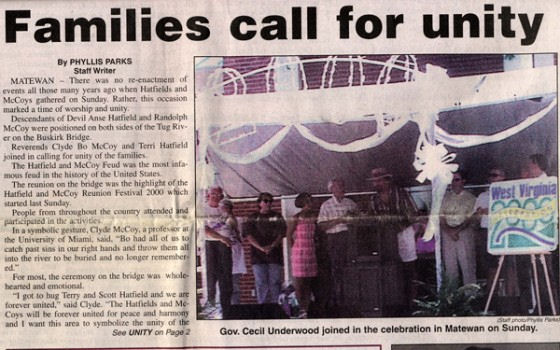 This show centers around the idea that two of history’s most infamous families still bear a life or death grudge against one another for the wrongdoings that occurred over 100 years ago. While that makes for a nice movie, perhaps a folk tale or two, it doesn’t much rely on true history.

Lookie what we found here. Hatfields and McCoys to bury the hatchet – not in each other. Seems that back in June of 2000 the families finally decided to let bygones be bygones and call a truce to their longstanding, ridiculous feud.

Wait, what’s that? According to the families…

It was the McCoys who made the first peace overture – though, in truth, hostilities ended in 1900 and any hard feelings were long gone.

Well, shit. Thanks for nothing, History Channel. Next thing you’re gonna tell us is that Kevin Costner isn’t a direct descendent of Devil Anse.