Grub > Beer > Have a Sip of the Great American Beer Festival

Have a Sip of the Great American Beer Festival

Dateline, Denver Colorado… last weekend. Boo! Man, one of these days I need to figure out a way to get myself to one of these Festivals and just get dumb! Anyway, just in case you, too, couldn’t afford a trip to Denver, here’s what we all missed at the Great American Beer Festival.

Here’s a bit of winner’s news from beernews.org:

“The big winner on the day was a California brewery, Pizza Port Carlsbad, bringing home the bacon seven times and being named the Large Brewpub of the Year. Flying Dog Brewery was named the Mid-size Brewery of the Year as it was awarded four medals on the day. Three of them were golds: Gonzo Imperial Porter, Dogtoberfest, and Horn Dog Vintage 2007 with Dogtoberfest winning gold for the second consecutive year. Washington’s Chuckanut Brewery owned the German-style categories all day long, winning gold for its Dunkelweizen and Vienna Lager and taking silver for its German Pilsner and Schwarzbier. Devil’s Backbone Brewing grabbed four medals for Virginia: a gold and three silvers but got shut out from a brewery title. This was likely due to those categories having fewer than 30 entries. Dry Dock Brewing took the title of Small Brewing Company of the Year instead, claiming a gold and two silver medals in three more highly-contested German-style categories.” 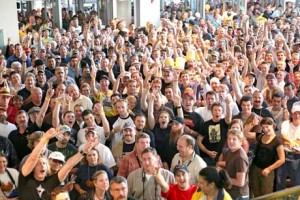 I’m a big supporter of the ‘little guy’ microbrews and will strive to purchase a sample from one as often as I am able. It’s so nice to see the winners this year really reflect the vast differences in breweries, styles, flavors, and ingredients. I have to wonder what it would take to get a job as a judge at one of these festivals… Oh, well this guy seems to know. That sounds hard. I’m not sure I have that kind of patience and I’d likely drink way too much, anyway. 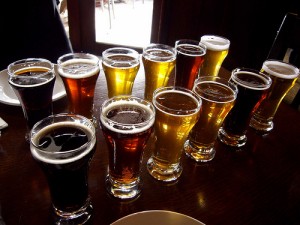 Here’s a few links to many of the winners so you, too can check out these fabulous beers and brewers: