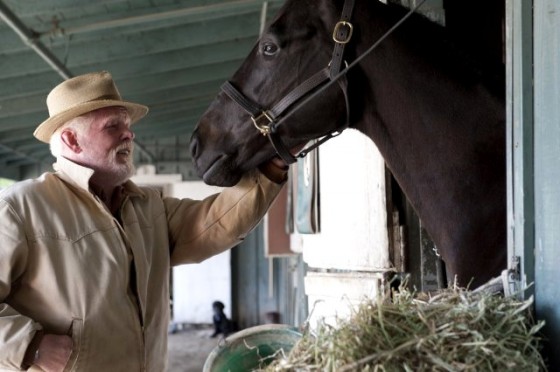 I had a feeling when I wrote a few weeks back about the Humane Society and PETA’s growing concern over the treatment of horses during the filming of HBO series Luck that a happy ending wasn’t forthcoming. Well, I was right. Following the death of a third horse, HBO and series creators David Milch and Michael Mann have decided to end production on the show.

Safety is always of paramount concern.  We [HBO] maintained the highest safety standards throughout production, higher in fact than any protocols existing in horseracing anywhere with many fewer incidents than occur in racing or than befall horses normally in barns at night or pastures.  While we maintained the highest safety standards possible, accidents unfortunately happen and it is impossible to guarantee they won’t in the future.  Accordingly, we have reached this difficult decision.

Don’t get me wrong, horses dying for the sake of a fictional show isn’t cool. Even though the latest fatality occurred while the cameras weren’t rolling and didn’t involve an actual race, the public pressure had production continued would’ve been too severe to overcome.

It’s a shame, because after a plodding start, the show was really beginning to find its groove in recent episodes. The characters’ affection and admiration for the animals was particularly compelling, as was the stunning cinematography.

It’s a sad reality, but every time a thoroughbred steps foot on a track there’s a chance a catastrophic injury will occur. I’ve attended live races and watched countless others on TV. The sight of a horse breaking down is not pleasant. As much as I liked the direction Luck was heading, I’m of the belief that HBO made the right call.