Media > Movies > HBO’s The Girl: Scaring Us Away From Alfred Hitchcock

HBO’s The Girl: Scaring Us Away From Alfred Hitchcock 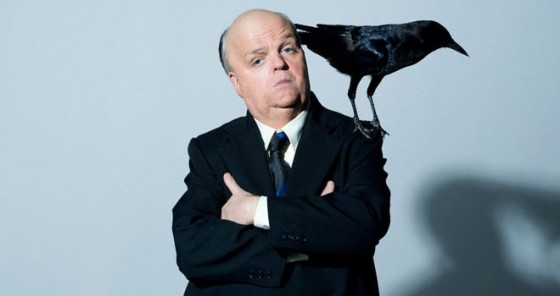 Many people undergo a sort of beatification after their death, as negative things are forgotten and all the wonderful things they’ve accomplished are highlighted. Then there are those who leave legacies that will be remembered for decades, if not centuries later. I’d venture to say that in the world of film, director Alfred Hitchcock is one of those people. Though he died 32 years ago, long before I saw classic films like Psycho, Rear Window, or North by Northwest, he quickly became my favorite director after experiencing the Hitchcock exhibit at Universal Studios in the early ’90s, and being treated to reruns of Alfred Hitchcock Presents on Nick-at-Night.

Hitchcock wasn’t just a film director, he was a larger than life entertainer. How many directors these days can insert their name in a title to increase interest? Imagine… Michael Bay Presents, The John Woo Hour, M. Night Shyamalan’s The Village (oh, wait, that actually happened). Hitchcock, the Master of Suspense, is still in a class by himself when it comes to the art of making movies, and every decent director these days owes him a debt of gratitude.

HBO just released a film called The Girl, based on the book Spellbound by Beauty about Hitchcock’s relationship with actress Tippi Hedren during the filming of The Birds and Marnie. They cast Toby Jones as Hitchcock, someone who makes Norman Bates in a dress look sane. Then they turned him into a sexual predator who torments Hedren on set.

How much truth there is to The Girl is something I don’t want to know. Surely, few films based on “true” stories are 100% accurate, as it’s virtually impossible to write a script like this without exaggeration. I can’t imagine Hitchcock was perfect (not that I’d ever really thought of it), but to see him painted in this light a half-century after it happened leaves me scratching my head. What’s the purpose of coming out now and making this movie? Imagine a film about Bill Clinton’s relationship with Gennifer Flowers, with someone like Steve Buscemi starring as the former president, that comes out after Clinton’s death. Anyone wonder how that will turn out?

HBO’s The Girl didn’t change my opinion of Hitchcock as a director and entertainer, but upon watching it, I was reminded that neither he nor anyone is a complete saint in life. Perhaps it’s the idea that one’s legacy must be protected after death, and only positive things must be said. So we’ll leave it to the upcoming film Hitchcock starring Anthony Hopkins to get the taste of The Girl out of our mouths.