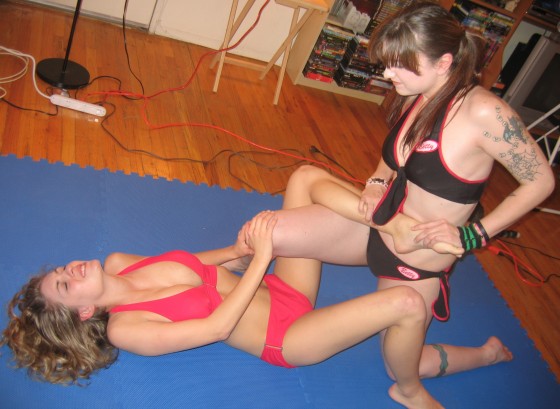 Nothing sucks the wind out of a wrestling opponent quite like a properly applied head scissors submission. Anybody who’s ever gone down to the mat with their buddies will tell you there’s no escape from the dreaded scissors. You can try to fight your way out of it, but if you’re in the envious position of battling an opponent like these hot babes then you might want try and ride out the pain as long as possible.