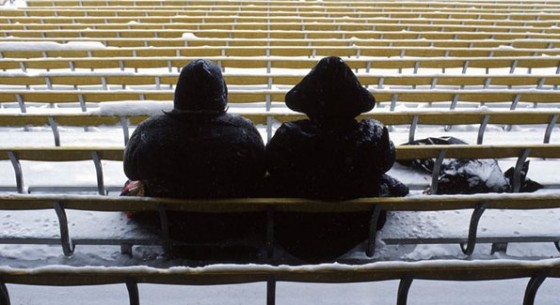 With the NFL announcing their decision to put Super Bowl XLVIII (we’re told that means “48”… thank you Google) in the newly-constructed Meadowlands Stadium in New York/New Jersey, every cold-blooded fan of the game has suddenly suffered the delusional wet dream of witnessing such an event in their towns.

Unfortunately, the heads of the NFL are all too happy to support their cries.

Granted there are other teams from winter wonderlands that have yet to file interest – we haven’t heard from Chicago or Denver, both known for frozen precipitation, both touting stadiums without a roof – but it would seem the decision to place one Super Bowl in an open-air stadium built in a city associated with inclement weather has, as Mike Florio from ProFootballTalk.com coined it, “opened Pandora’s icebox“… and as the PFT post notes, commissioner Roger Goodell doesn’t see a need to qualify the situation. 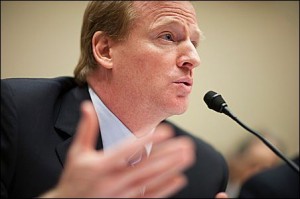 “I think each game will be decided on an individual basis. I do believe that New York is a unique market. I think the membership recognizes that. It is the number-one market in our country and in many cases around the world. From that standpoint it will be a great experience for our fans and for the NFL.”

Those are the words Goody put forth in response to questions from reporters today, asking about the decision to put the Super Bowl in the Big Apple and the onslaught of teams looking for similar considerations as a result… but we wonder why he didn’t say this.

“Listen, its freakin’ New York. Let’s be serious. We aren’t scheduling the rec league flag-football game for your dad and his fat-ass buddies… we are looking for the world’s best stage to host the world’s grandest sporting event. This city took a crowbar to the face from Al Queda and they got right back up, dusted themselves off, and asked what was next… and you’re worried about snow? Shut the hell up. They asked their constituents to kick in major tax dollars to build one of the most illustrious venues we’ve seen and I think the book has been written on this my friends. It’s not rocket science. We are the National Football League… hit your knees, worship at the altar and bring tribute, and we’ll give you the reach around. New York stepped to the plate and they brought the big guns, and thus we respond.”

In other words… Cleveland, you have no shot (and good luck keeping LeBron). Hey Snyder, you want a Super Bowl in DC? You are one stadium and a world of support away from cutting the mustard, so enjoy Ovie, Strasburg and Wall. Baltimore… maybe we could play the game down by Franklin Terrace and Marlo could vend rocks. Please. 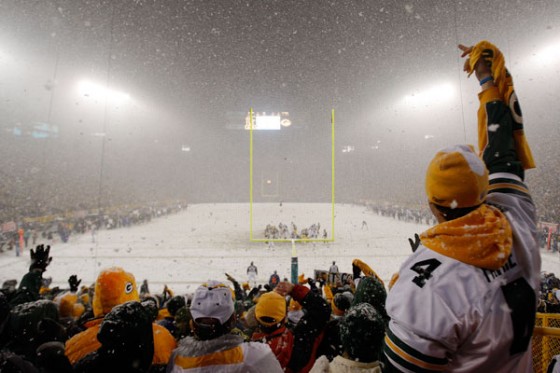 At least they know snow...

… that’s fine, but it’s not realistic. The Quality Inn on Washington won’t cut it and I doubt the Pine Tree would be ideal for the Maxim party.

The only viable option beyond the Big Apple would be the City with Big Shoulders, and McCaskey family probably screwed that pooch when they turned Soldier Field into the world’s biggest diaphragm. At least Boston is realistic… Kraft wasn’t too proud to beg for consideration, but he also admitted Boston has no shot in hell.

If the rest of the league wants to chase the gold ring that’s fine… understand you will not get it. If you don’t, let’s hope tax payers will.