Helpful Tips to Avoid Being “That Guy” at Thanksgiving Dinner 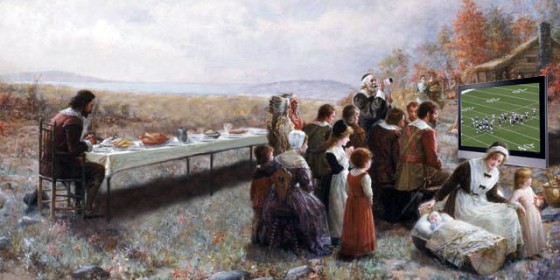 With Thanksgiving fast approaching, it’s time to get that belt unbuckled and hop into some sweatpants, because by the end of the week you’re likely to have gained 10 pounds. And seriously, who doesn’t love Thanksgiving? It’s a holiday that not only promotes but also celebrates gluttony and slothfulness. That’s most definitely a holiday we can get behind, but there are some things you might want to consider if you’re going to a big Thanksgiving celebration with friends or family. After all, you don’t want to be that guy.

5) Don’t Ask For a Turkey Alternative 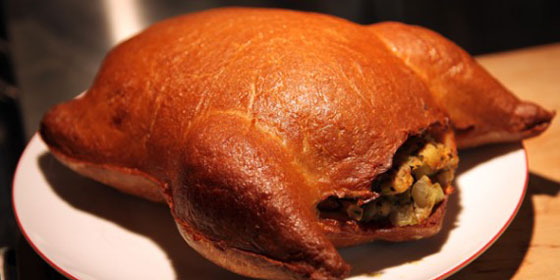 We don’t care if you’re a vegan, vegetarian or Unitarian. The entire point of Thanksgiving is to overindulge on turkey. And if you’re scoffing at the idea of eating something other than turkey, we don’t blame you. But believe it or not, there are people out there who prefer tofu or ham or duck or God knows what else, when we all know the only acceptable thing to devour on Thanksgiving is a giant roast turkey with a beer can shoved up its ass. No one cares that the pilgrims actually ate venison, because they also wore ridiculous looking hats, and you don’t see us doing that, do you? 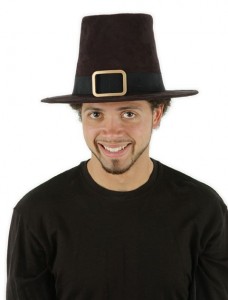 And if you’re hosting Thanksgiving dinner, let us know in advance if you’re serving something other than turkey so we have time to make other plans.

4) Just Accept that Football is on 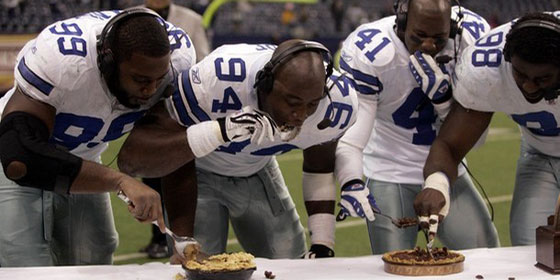 Second to turkey, the driving force behind Thanksgiving is watching good old fashioned American football. After you’ve eaten your share (and his share, and her share, and that other guys share) of Thanksgiving dinner, you’re just going to have to accept the fact that when you settle in on the couch between your uncle Bob and creepy cousin-in-law Steve you’re going to be watching the Cowboys and the Lions, and there’s nothing you can do about it. So don’t go asking if you can watch the parade or something equally ridiculous, because Thanksgiving is also a holiday for football. 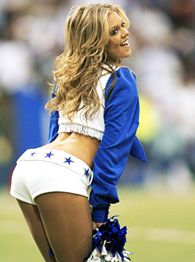 And hey, the NFL makes this possible

And if you don’t like watching the NFL, we’re going to wonder why the hell you were invited in the first place.

3) Don’t Mess with the Timeframe 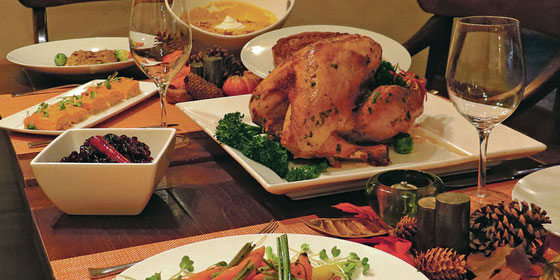 Yes, we are well aware that Thanksgiving “dinner” is typically served closer to lunch than actual dinner time. One of the best parts of the day is gorging yourself on dinner at 2 p.m., watching football, and then at around 6 or 7 that evening rolling (perhaps literally, based on how much you’ve eaten) into the kitchen and slapping together a turkey sandwich. 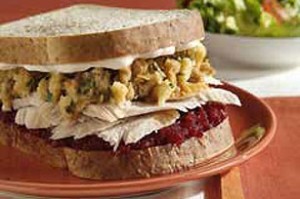 So if you’re hosting dinner, serve the damn meal at the appropriate time: mid afternoon. And if you’re just there as a guest and meal consumer, don’t bitch about how it should be called thanksgiving “lunch” or some crap like that. We don’t want to hurt you, but we will.

2) No “What I’m Thankful For” Discussion 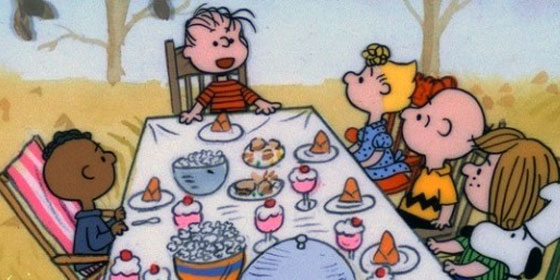 We get it, you’re happy that you’re out of the clink and no longer taking it up the bum from a beefy dude named Ice House, and you’re just overjoyed by the fact that your unemployment checks are finally arriving. Just keep that stuff to yourself, because if you try starting up the whole cheesy “Hey, let’s go around the table and state what we’re all thankful for!” deal, we may have to hurt you. You and your corny sentimentality are standing in the way of us and our six plates of food, and that makes us both hungry and cranky.

And you wouldn’t like us when we’re hungry and cranky. 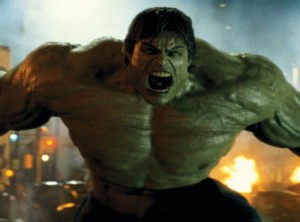 1) Don’t Preach the Truth of Thanksgiving 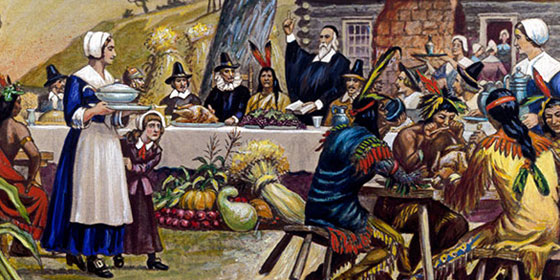 Yes, we know that the white man screwed over the Native Americans. We fully understand that the portrait of pilgrims and Indians sitting around a picnic table sharing their food is about as factually accurate as Santa wriggling his big ass down our chimney. We took history class, too. And you know what? We don’t care.

We get that you’re all about political correctness and understanding and appreciating the true meaning behind Thanksgiving, and you feel just horribly for those Native Americans (who lived several centuries ago, by the way, so at this point they probably don’t give half a shit that you feel for them). But that’s not what we want to talk about when we’re stuffing our faces with half a can of cranberry sauce. 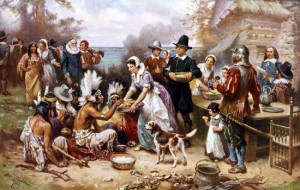 At the end of the day, we know that Thanksgiving, while nice in concept, is still pretty much a bullshit holiday based on bullshit traditions made up by bullshitters who probably worked for Butterball. That doesn’t change the fact that it’s still one of the greatest days of the year, because it revolves around our favorite things, like eating a truckload of food, unbuttoning our pants and watching grown men slam into each other while wearing shiny helmets.

So take our advice, and try not to be that guy at Thanksgiving dinner. Because when “that guy” doesn’t make an appearance, now there’s something we can all be thankful for. 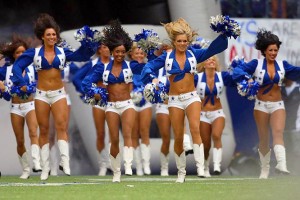 You can be thankful for them, too