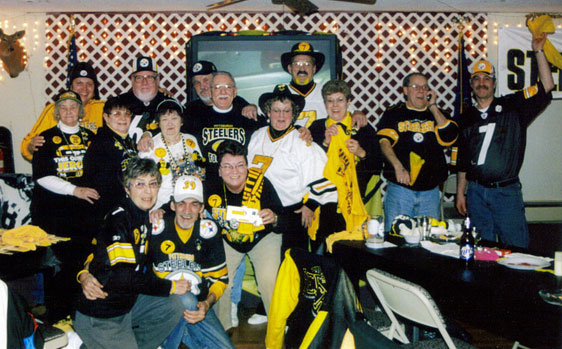 They’re probably not as excited this year.

There are some things that just scream “American.” Things like baseball, apple pie, outsourcing. And of course, there’s the Super Bowl. While it’s not an official holiday (though it should be), Super Bowl Sunday is one of the most celebrated and booze soaked events on the calendar for most Americans.

Even if you’re not a fan of American football, you’ll invariably find yourself either hosting or attending a Super Bowl party, gathering with friends to gorge yourself on pizza, wings and buckets upon buckets of alcohol.

However, when you head out to watch the big game at a party one of your friends is throwing, there are a few things you might want to avoid doing unless you just really don’t want to be invited to another party, Super Bowl or otherwise, ever. Once again, we’re happy to offer you some helpful tips to avoid being “That Guy.”

* These rules are for Guys. If you’re a hot chick, any of the violations below are just adorable.

But here's the thing: odds are there will be people there who are true football fans, and therefore want to pay attention to, ya know, the actual game. Mind boggling concept, isn't it?  So the last thing these people need is for someone who, while making an honest effort to learn about the sport, are just being really fucking annoying. How many times does someone have to explain to you why the quarterback can't throw the ball to an offensive lineman?

It's nice that you want to get educated on the sport of football, but come on...did you really think that Super Bowl Sunday was the best time? 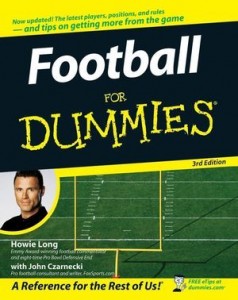 Listen to Howie Long. He

Don’t Drink All the Beer

It's all good and well to get hammered on Super Bowl Sunday, because it's basically one big party all day long. But the thing you have to remember if you're a guest at a party is that the beer is for more than just you. Slow down there champ, and let someone else have a turn to get into the cooler.

Here's another tip along those same lines: don't be the guy who brings a case of Natty Light and then, instead of drinking your own cheap beer, drinks all of the good stuff. If you wanted to drink Guinness or Sam Adams, you should have brought some Guinness or Sam Adams. And hell, we don't even mind if you grab a couple bottles of the stuff, as long as you also drink some of your own shitty contribution to the communal beer pot. 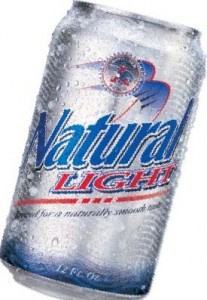 Finally, the taste of cold piss...in a can!

But if you're only drinking our beer while never coming within five feet of the piss that you brought? That's gotta be a flag on the play. 10 yard penalty for being a huge freeloading douche.

We all enjoy the commercials at the Super Bowl. They're definitely a part of the whole experience, as evidenced by the fact that pretty much every website on the net will have a list running down the best and worst commercials from Super Bowl Sunday.

But don't be the guy sitting there bitching about how much you wish the Falcons would hurry up and take a timeout already so that you can see the new Transformers trailer you heard was supposed to be running sometime in the third quarter. The commercials are a part of the celebration, yes, but they are not the reason Super Bowl Sunday exists. 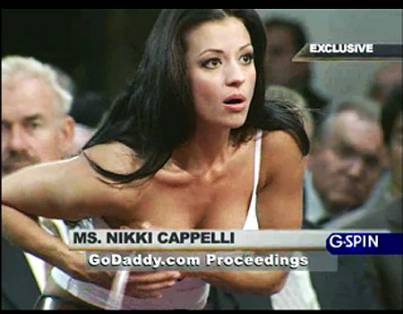 Of course, some of them are alright.

And seriously, bitching about how there's too much football and not enough clever advertisements is a good way to lose your man card.

A lot of Super Bowl parties will have betting squares, where you buy a couple of numbers with the hopes that one of the team's scores will match up and you'll win some cold hard cash. And some people have gambling problems and take that shit way too seriously.

Don't be one of those guys. Everyone wants to win a couple bucks on the betting squares, but don't be that guy who, with the Patriots driving to get their point total up to 21, sits there screaming for Brady to just throw a damn touchdown because you bought the "1" on the board and this is your moment to win five bucks.

Getting that worked up about the betting squares is both detrimental to the enjoyment of others and positively terrifying. If you win, you'll be gloating and acting like a dick. If you lose, you'll be fuming and acting like a dick. And then 30 minutes later with the next quarter starting to wind down, you'll start the process all over again. And you'll look like a total dick one more time. 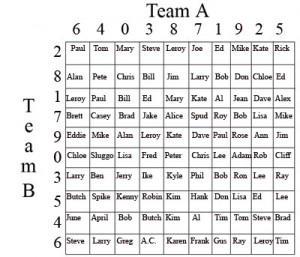 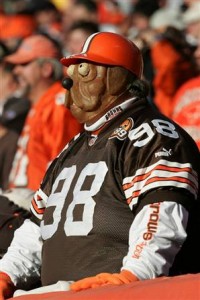 Aw, look at those puppy dog eyes. Ok, you can stay.

Okay, so you're a Bills fan. You've got team spirit. Yes, we get that, we really do. But your team's season ended over a month ago, so what the hell are you doing showing up to a Super Bowl party rocking your Tyrod Taylor jersey? And why the hell do you own a Taylor jersey?

Unless you're one of the lucky fans whose team has won the AFC or NFC, you have no reason to be wearing a jersey. You're wearing it because you're a football fan? You might as well be waving around a pennant that says "Arbitrary Team Name" on it, because unless your jersey says Eagles or Patriots on it, you're going to look like an out of place idiot who didn't get the memo that your team isn't playing.

So do us all a favor, will you? Go to the party wearing normal clothes (unless you’re a Patriots or Eagles fan, then go nuts). Don’t get riled up over the prospect of losing out on a $2 bet. Learn about the game on Saturday so that you don’t look like an idiot and annoy people when Sunday rolls around. Don’t drink all of our beer, asshole, and just accept the fact that people are there to watch the game, not the commercials.

You stick with that, and everything else is cream cheese. Are you ready for some football?