I know it is cliché, but the phase “Good things come in small packages” works with the Hercules XPS 5.1 70 Slim speakers surround sound system. Plus, you might think it is an oxymoron that something would be slim from a company called Hercules but you can’t pass up on this sound system. I removed my “big” speaker system from my flat screen and set up the Hercules XPS. I was blown away from the strong, crisp, and perfect sound that came from this system. 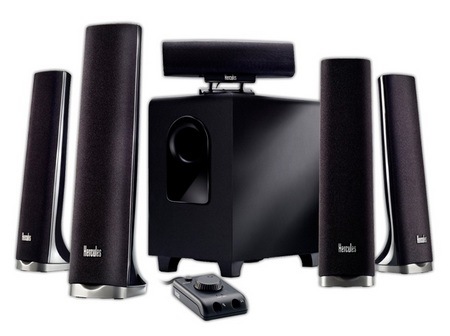 I first tested the XPS Slim with a few of my favorite movies like Empire Strikes Back and loved every minute of it. My friends who were upstairs came running down to the TV room because they heard the sound. The 5.1 speaker system comes with a center speaker that has a flat panel screen mounting system, four ultra slim satellite speakers (2 front and 2 rear), and a wooden subwoofer. 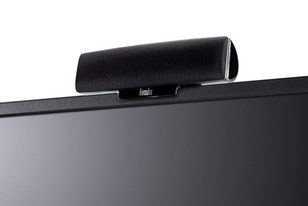 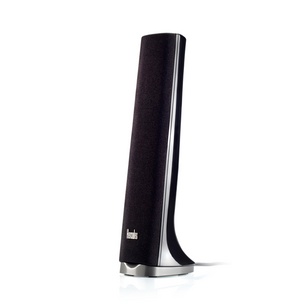 Not only is the Hercules XPS Slim perfect for your TV, but can transform your iPod into a large sound system, too. I plugged my iPod into the XPS auxiliary line, and in two short seconds I was able to turn my entertainment room into a dance club. You can also plug in XPS into your PC, Netbooks, Mac, DVD/CD players, and game consoles.

I was able to test out the XPS on my XBox 360 and Nintendo Wii which made the gaming experience that much better. When I was playing Madden it felt as if I was at an actual football game.

Whether you are looking to improve your home theater system or purchase your first sound system, make sure you check out the Hercules XPS Slim Speaker System. Check out their site at www.hercules.com. For less than $100 you will be satisfied with the Hercules XPS 5.1 70 Slim speaker system.