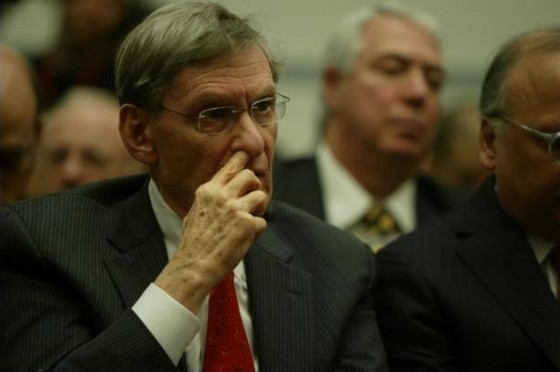 I noticed a lil’ factoid from the television network for the league announced via Twitter yesterday, noting last night’s rotation of games featured seven pitchers with no hitters (this being Friday, June 4… our editors work too hard and I refuse to give out a handy to get my posts up as quickly as you or I might like), a list that includes Roy Halladay (Phillies), Dallas Braden (Oakland), Jonathan Sanchez (Giants), Carlos Zambrano (the Lovable Losers), Anibal Sanchez (Marlins), and spawn-of-redneck hell A.J. Burnett (Yankees).

(Ed.Note: Just a friendly reminder… Jesus hates the Yankees and so do I.)

Seven. SEVEN pitchers on the mound last night with no hitters on the roster. I’ve been watching baseball since I was about three-years-old, give or take, and while my interest has faded and I certainly can’t be counted among the sabermetric geeks that rule the fan base today, I follow along from afar and will watch most of the playoff games and try not to be detached from the MLB offerings. I’m a casual fan and have been for way too long… and I can’t NAME seven pitchers with no hitters. I had to look some of those guys up and in an attempt to name pitchers from the past with no hitters I would only be throwing out names of guys I think MIGHT have had no hitters and hoping for luck (except for Nolan Ryan, who threw a ton of ’em, and the ’83 nono by Bob Forsch… I was at that game). 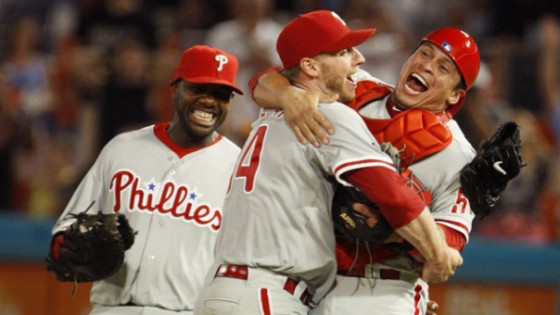 The Latest Pitch of Perfection

Major League Baseball announced their revised, revamped, naturally-enhanced drug policy in 2005. Since that time, covering a span of about 4.3 seasons, we’ve seen eight no hitters. Since the revelations about A-Rod and another alleged revamp of testing we’ve seen three perfect games and one no hitter. That’s three perfect games in less than one calendar year.

You have to go back and combine twelve years to match that total.

For the love of all that is holy… can we give these hitters their drugs back? If you actually choose to care about the game of baseball I doubt you list last season as the best you’ve ever witnessed, and I guarantee, no matter your age, you’ll reach for a year when players downed greenies like M & M’s and the only folks using more needles than MLB employees were singing for Alice in Chains.

This is boring. If you have a pulse above 60 and you don’t spend your days arguing about Derek Jeter’s value…

…you don’t come to the tube at night hoping to see no hits, no runs, and no walks.

So listen up Bud… you’ve managed to alienate us all for so long, I would suggest you owe us the reach around. It may be best if you do it under the table. Grease the lab, quit collecting vials of piss, and let these guys juice.

No one cares. I take that back… Keith Olbermann cares, Faye Vincent cares, Rick Reilly cares, Jay Mariotti cares, Bob Costas, George Will, Roger Kahn… and no one gives two shits about them or their views. They need to shut the hell up.

Better yet, we should be asking them why “enhanced” performance is such a bad thing. This is entertainment, not the Holocaust or Pearl Harbor or Brown vs. the Board of Education. This is entertainment. This is Ray J. eating Kim Kardashian like he’s digging for China. This is G.G. Allen taking a shit on stage, wiping it all over his face, and throwing it into the crowd. This is Kevin Smith getting kicked off Southwest for being too fat, Disney dropping Lindsay Lohan because she’s too coked up and skinny, and the rest of us making fun of Caitlin Upton for being too damn stupid.

It’s not history. It’s baseball. It’s a game played by boys and men who piss on their own hands and suck on sunflower seeds and Big League Chew all day. It’s entertainment.

Give us our drugs back.

(Ed.Note: Big thanks to Eno Sarris with Fangraphs for help with some fact checking as well as some statistical clarifications and historical perspective. He’s one of few willing to endure my juvenile attempts at baseball discussion and humor and he knows more about your team than you do. You can find him at SBNation covering the Mets and Bloomberg Sports as well.)