Media > Television > Hide the Liquor, Boardwalk Empire is Back!

Hide the Liquor, Boardwalk Empire is Back! 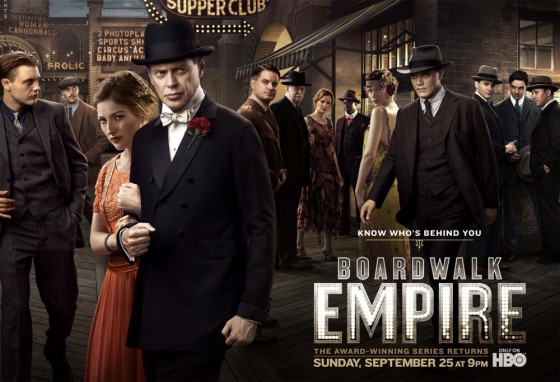 I think I expressed the same sentiments a couple of months ago, but it seems like ages since season 1 of Boardwalk Empire ended. Well, the wait is over my friends. Season 2 premieres this Sunday night at 9pm. Last we saw Atlantic City kingpin Nucky Thompson, he was facing a coup d’état with Jimmy, Eli and the Commodore joining forces to take him down. So, what’s in store for the Boardwalk boys this time out? Ta-da!

Atlantic City, 1921: Though his fortunes have soared in the wake of the enactment of Prohibition, Nucky Thompson is paying a steep price for wielding ultimate power in “the worldʼs playground.” Following the ʼ20 election, Nucky finds himself the target of an investigation for voter fraud and faces not only jail, but insurrection by some of those he considered his closest allies.

That’s all well and good, but I want more Michael K. Williams (Chalky) and Paz de la Huerta (Lucy). Especially if the former is torturing white supremacists and the latter is prancing around in her birthday suit. Yes, I take pleasure in brutal violence and gratuitous nudity. Sue me, bitches.

Here’s a sneak preview of the new season.