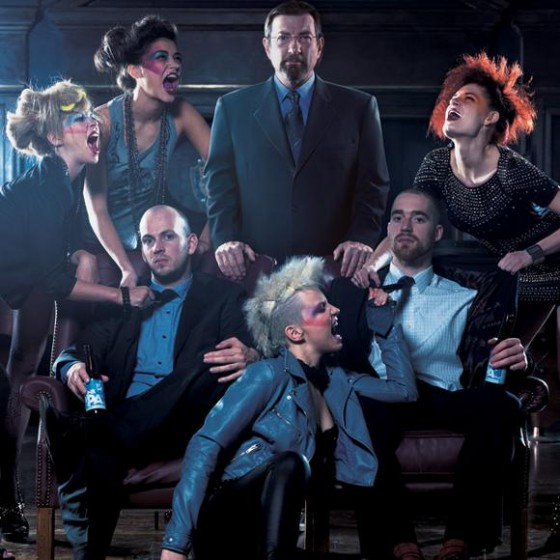 Since hitting the beer brewing scene in 2006, BrewDog have consistently generated superb publicity through their intentional controversy. Yes, it’s that old chestnut again; that many eager corporations, wacky playwrights and maniacal wannabe dictators have been using for centuries. If you want attention simply invade Czechoslovakia, write a play where someone receives a metal pole up their anus only to see it exit through their shoulder (Sarah Kane, Cleansed) or brew a really strong beer. 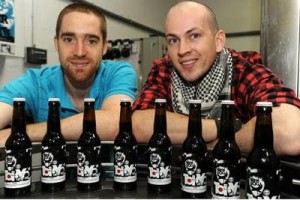 Now it may come as a shock to many of you American boys reading this, but when BrewDog released their bottled beer, Tokyo last year it created quite a stir. The reason was down to it being 18.2% ABV. Now we’re aware over the pond there are quite a few high volume beers being literally lassoed out of bar fridges, but what you need to understand is here in the United Kingdom we don’t have quite that luxury, yet…

As normal, a group of semi-ignorant, outspoken critics whose job is seemingly to hump the fuck out of something till it dies and no one else wants it anymore, began humping BrewDog’s Tokyo. They apparently ignored the fact that a measly 330ml bottle cost a hard-earned $20 and forgot that there are oodles and oodles of cheaper, more sizable, spirits that would have you throwing up bile and taking part in lots of inappropriate conduct lawsuits far easier.  It’s the same way that people started slandering Modern Warfare 2’s opening citizen slaughter fest, forgetting that games like Manhunt 2 and Grand Theft Auto 4 have already allowed you to pluck someone’s balls off with a rusty crowbar and spray cop juice on your car’s hood. 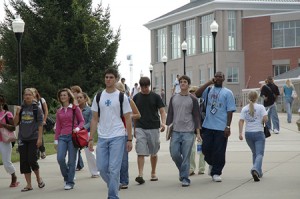 If we put all our money together we can buy a bottle, let the binge drinking commence!

The result of critics panning Tokyo only gave BrewDog more power; it was ridiculous, they may have well just nuked them with fluffy bunnies. BrewDog followed it up by addressing that the real problem was with the pathetically priced, crate packaged beer that we all guzzle only to contribute to completing our can pyramid. Suddenly, BrewDog looked like a saint compared to other beers as they exonerated themselves from the binge drinking culture we live in now. They followed this by releasing Nanny State, 1.1% ABV ale, “containing more hops per barrel than any other beer ever brewed in the UK”, which basically made all the critics systematically bash their heads against any immediate objects, even if the objects were some razor wire and scissors. 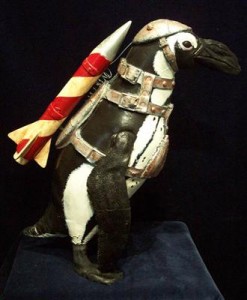 If you don't want one of these then there is something wrong with you...

And now we come to BrewDog’s latest creation the awesomely named, Tactical Nuclear Penguin, a beer that has recently broken the world record for being the strongest ever created at a whopping 32% ABV. The beer is priced at an exceedingly connoisseur level of, $60 and is meant to be, “enjoyed in small servings and with an air of aristocratic nonchalance. In exactly the same manner that you would enjoy a fine whisky, a Frank Zappa album or a visit from a friendly yet anxious ghost.”

The methods undertaken to create this extraordinary beer are highlighted in the video above, with BrewDog once again gaining publicity in their own special way. A few people have pointed out that their method of freezing to remove the water content is a very cheeky way of raising their alcohol content. Many other companies such as Samuel Adams have used far more traditional methods, but BrewDog doesn’t really strike me as a company who follow people’s footsteps.

But is this all becoming a little petty now? Is raising the alcohol percentage really creating a beer that connoisseurs will crave as they sit on their mahogany finished red chairs? Or are these beers more likely to be received as novelty Christmas presents? Well…for now you will be forgiven for thinking it was turning into a dick size contest with unconfirmed reports of previous record holder, Schorschbräu, prepping the release of, Schorschbock 40%.  Needless to say, if this rumor is true, then next year’s Oktoberfest will be replacing tankards with shot glasses. 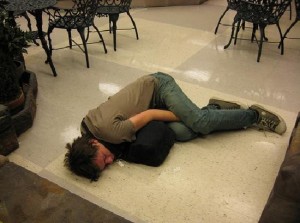 The fumes of Schorschbock were too much for this man